Coronavirus has forced nonprofits that serve seniors to reinvent themselves. ‘We don’t know what we’re going to be on the other side of this whole thing’ 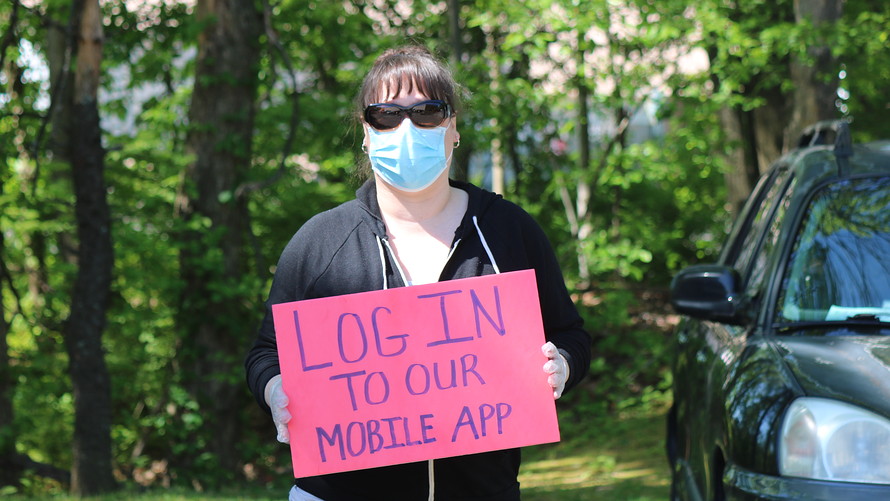 On February 18, Kevin Hardy became the president and CEO of the local Meals on Wheels program in New York’s Rockland County.

Less than a month later, the pandemic would force Hardy to rethink how his organization serves a community that is one of the most vulnerable to COVID-19.

“Our particular Meals on Wheels was started in 1974, for all of that time, up until March of this year, we knew exactly what we were doing every day,” he says. “Now it’s totally different.”

For charities and nonprofits that work with seniors, the needs they serve haven’t gone away, but physical distancing requirements have made providing services harder, or even impossible. There are also fears that the economic downturn will make fundraising for these groups much more difficult.

But some organizations say the pandemic has also mobilized donors and volunteers.

In Rockland County, the need for meal delivery is stronger than ever, Hardy says.

Before the pandemic, around eight to 10 new seniors would sign up every week. Now, it’s between 20 and 30.

Since the coronavirus outbreak swept into the U.S., 89% of Meals on Wheels programs across the country have seen an increase in the number of meal requests they receive, says Ellie Hollander, the president and CEO of Meals on Wheels America.

In April, a survey found that “four out of five Meals on Wheels programs were seeing at minimum a doubling in the requests for meals,” Hollander says, and waiting lists at many programs have grown.

The increase in demand is being driven by several factors, she says. Senior centers are closed, some people may be avoiding grocery stores for fear of getting sick and transportation may be harder to access.

“Unfortunately, we’re going to probably see an increased number of seniors who will need home-delivered meals going forward,” Hollander says. “If people have been homebound and isolated for three months or more, that really sets people back. Loneliness and depression exacerbate food insecurity significantly.”

While delivering meals to isolated seniors is one of the main functions of the Rockland County Meals on Wheels program, the organization also runs five centers for more mobile seniors, as well as a day center for people with dementia.

Those centers have been closed since March 13, eight days after Hardy says he began to prepare for the pandemic.

That created a hole in the social lives of many local seniors, Hardy says, and it will also have a negative impact on his organization’s finances. The centers generated around $90,000 a month in revenue for the Meals on Wheels program, money that came donations from participating seniors and government funding for specific services.

“It’s very difficult to tell when they’re going to be able to reopen,” he says.

The Rockland County Meals on Wheels program has started delivering groceries and launched a “telephone reassurance” program that has volunteers call seniors to ask them how they are. If necessary, a social worker or volunteer will follow up with the senior, he says. Those new services are funded by the county government, but Hardy says he’s not sure how long additional government funding will be available.

“Their tax revenues are going down dramatically, sales tax, all of these things. How are these revenue streams going to continue?” he says. “When do those cutbacks start?”

The organization has also received support from local companies, civic organizations such as the Rotarians, and the national Meals on Wheels organization. Financially, “we’re in pretty good shape, but it is only temporary,” he says.

The organization has fundraising events scheduled to take place this summer and fall and it’s not clear whether those will be able to go ahead.

“We have somewhat reinvented ourselves, but we don’t know what we’re going to be on the other side of this whole thing,” Hardy says.

The possibility that fundraising events will have to be cancelled is a major concern for many charities.

In New York City, CaringKind, which is focused on Alzheimer’s and dementia caregiving, has had to cancel an annual gala that regularly raises over $1 millions, a little less than a quarter of the group’s annual budget. Other fundraisers, like athletic events, may also be cancelled.

For the charity, which draws 98% of its funding from private donors, the gala is “a million dollar hole that we have to fill,” says Lou-Ellen Barkan, CaringKind’s founding director.

Some large donors have also pulled back.

“We’re either hearing that they’re waiting for the stock market to rebound and also in many cases, if they’re older donors, their children are now unemployed, so they want to make sure that they and their grandchildren are cared for before they start making an investment back in CaringKind,” says Carol Berne, the organization’s senior vice-president of development.

However, the group has had success with an emergency fundraising campaign conducted online, raising almost $300,000 in around a month and a half, Berne says. CaringKind has also moved support groups for caregivers and a program for people who have early-stage memory loss online.

But not everything can be conducted virtually, particularly if people have more advanced dementia.

A training program for professional home care workers has also been difficult to move online, because many participants don’t have computers and can’t afford to buy enough mobile data to participate, says Jed A. Levine, CaringKind’s president and CEO.

Even before the pandemic, caring for an older relative with Alzheimer’s disease could be isolating, Levine says.

“Many caregivers report social isolation, friends and family pulling away,” Levine says. Now, ”there’s no relief from caregiving. The normal supports that caregivers rely on, the senior centers, the community centers, the adult day programs, home care workers, all of that is no longer available.”

People donating to a friend who’s running a marathon are supporting the friend who is running, not necessarily the cause, while people attending a gala are making a donation, not buying dinner, he says. He says charities that focus on raising money from people who believe in their cause can have success even in an economic downturn.

“Donors choose, they choose to give you money,” Hobbs says. “They’re choosing because of the larger mission, because they want to make a difference.”

Some organizations say they’ve seen an increase in support in recent weeks.

“We’ve seen the incredible kindness of the world,” says Jacob Cramer, the founder of Love for the Elderly, a Cleveland-based organization that aims to social isolation.

Donations have increased, he says and his organization’s “kindness ambassadors” program has had hundreds of new volunteers sign-up. For Love for the Elderly, the main focus is encouraging people to send handwritten “letters of love” and “virtual messages of hope” to seniors.

“We’re all social distancing, but that doesn’t mean that you have to feel alone,” Cramer says.