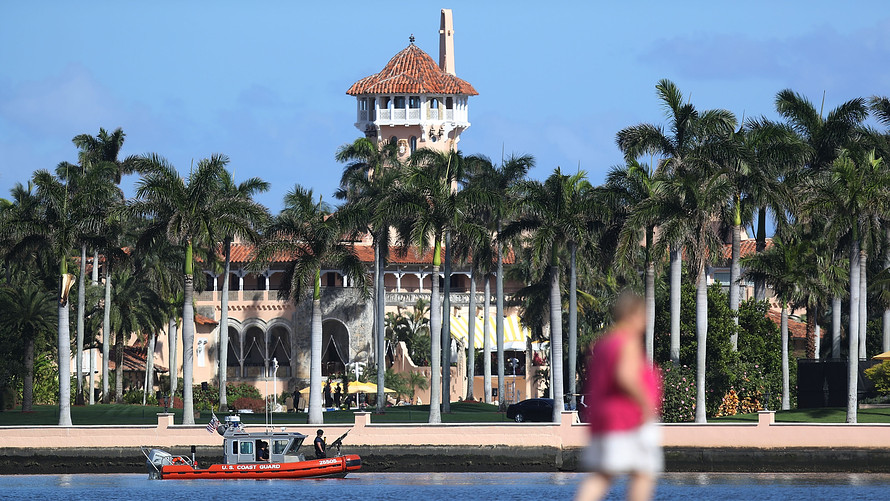 Joe Raedle/Getty Images
Not even the upscale south Florida enclave of Palm Beach, home to President Trump’s resort Mar-a-Lago, has been safe from the coronavirus.

The coronavirus crisis is taking its toll even on America’s most exclusive retirement community: tony, and generally conservative, Palm Beach, Fla. But everything is relative.

“It feels like we are on a forced vacation,” octogenarian Bobbi Levin was quoted as having told Kaiser Health News . “I do crossword puzzles and catch up with Netflix /zigman2/quotes/202353025/composite NFLX +1.52% .”

Jerry Levy, 87, said the crisis and the stay-at-home order have stopped his usual rounds of poker, tennis and dinner with friends in his Polo Club gated community.

“People are getting cranky,” added his wife, Thelma, 88. “Mentally, people are breaking down. Two weeks was fine, but it’s hard to accept that this is how it’s going to be for a while.”

Kaiser News noted that Palm Beach County is now leading Florida in COVID-19 deaths. But these things are relative. As of Wednesday, April 8, it had seen 69 deaths out of a total county population of 1.5 million (the ritzy municipality of Palm Beach itself has a population of less than 9,000).

That’s 46 deaths per million population. (By Thursday the total was up to 73, or 49 per million.)

Making the difference even more remarkable is that Palm Beach County skews far older than the counties that New York City comprises, and most counties in America. One resident in four is over 65, according to Kaiser News. Ninety-three percent of those in the county who have died with the disease were over 65, and 71% were over 80.

Palm Beach residents are typically well-to-do, and can afford better health care than the average retiree. But that may not be the county’s only advantage. Kaiser News, for example, reported that Palm Beach has suffered from a huge shortfall in testing.

Other possible advantages may include that many residents are living in gated communities that consist largely of retirees. This will include many 55-and-over communities and buildings.

As a result, they may not mingle as much with younger, asymptomatic virus carriers as retirees in other locations.

Their kids and grandkids, famously, are often a thousand miles away in the north. “You never visit,” is the clichéd lament Florida grandparents direct at their children and grandchildren. Right now that could be a blessing.

And it’s easier to practice isolation and social distancing when you live in a condo in sunny Florida instead of in cramped Manhattan. Although homes in Palm Beach itself are prohibitively expensive — according to Zillow, the average selling price is north of $800,000 — those elsewhere in the county are cheaper than one might imagine . And at the moment there are many worse places to be retired.