E-commerce will help, but it can’t save the day, according to Moody’s 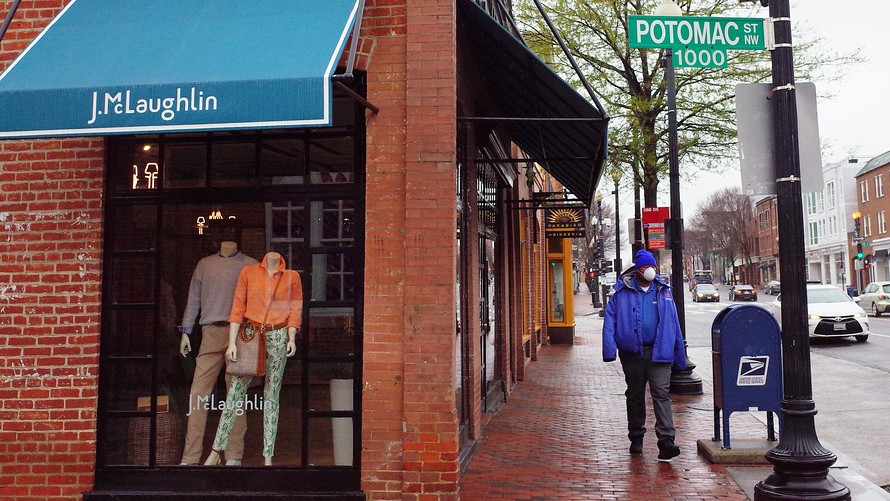 Retailers are at risk of running out of cash if the coronavirus pandemic keeps stores shuttered for longer than expected and consumers, spooked by carnage in the stock market, cut back on purchases, analysts said Wednesday.

Retailers have had to temporarily close many of their stores as countries around the world work to curb the spread of the illness. Even shops that remain open have seen traffic fall sharply.

“Ultimately, we find many retailers are at risk of exhausting sources of cash should store closures or severe sales declines endure,” Goldman Sachs wrote in a Wednesday note. “We believe companies with strong balance sheets and flexible business models will outperform through this disruption.”

Discount retailers are better positioned than their full-price rivals due to their flexibility, said the note. Off-price retailers can purchase inventory very near to the time when it will be sold.

Goldman upgraded off-price chain Ross Stores Inc. (NAS:ROST) to buy from sell, but lowered its price target to $93 from $110.

“Off-price is particularly well positioned to weather headwinds,” analysts wrote. “[O]ur analysis suggests Ross Stores will continue to have sufficient cash on hand to operate into the second half even if revenue losses during the March 15-to-June 30 time period approach 90%.”

Ross Stores has drawn down $800 million from its credit facility, which provides further cushion. “Investors are increasingly asking about the degree of cost structure flexibility in an environment of falling revenues,” Goldman said.

Goldman changed stock ratings on a number of brands and retailers as the pandemic eats into revenue, putting pressure on margins and stress on cash flow and liquidity.

Department stores and specialty retailers are most vulnerable in the current crisis, in part because recovering from the pandemic will first require working through extra inventory.

Macy’s Inc. (NYS:M)   said in a Tuesday filing that it had drawn down the entirety of its $1.5 billion credit facility. The department store previously announced that it has suspended its dividend and withdrawn its guidance. Macy’s stores closed on March 18.

“The retail environment has deteriorated rapidly since we last provided guidance,” said Jeff Gennette, chief executive of Macy’s, in a statement. “And while February results met our expectations, we are now operating in an environment with a high degree of uncertainty.”

Goldman rates Macy’s stock a sell and slashed its price target to $4 from $12.

The department store announced on Monday that it will furlough most of its 130,000 workers.

Goldman also downgraded Under Armour Inc. (NYS:UA) (NYS:UAA)  to neutral from buy, and cut its price target to $9 from $21.

See: Walmart stock wins second upgrade of the week as shoppers flock to grocers amid coronavirus

Analysts said 2020 was intended to be a “reset year” after the company had lost “brand momentum,” and was investing in marketing to turn things around. In the current environment, Goldman is expecting Under Armour to struggle to fund that investment, while its efforts to sell at full price will be at risk if sales disruption continues.

UBS said that even companies with billion of dollars on hand can find liquidity coming under pressure. The average “softline” company that UBS covers has $1.95 billion in liquidity, equal to about 15% of sales. A softline company sells primarily apparel and shoes.

UBS says its channel checks indicate retail sales are down 50% or 60% over the last week. That includes e-commerce, which in some regions has partially replaced shopping at physical locations.

“We think consumers are spending less not only because they want to avoid stores, but also because the situation in general, including the stock market drop, has significantly eroded consumer confidence,” analysts said.

On a positive note, UBS says these companies can “absorb” even a 20% sales decline for calendar 2020. However, in a bear case where earnings declines are worse than in the 2008-2009 financial crisis, there could be retail bankruptcies and inventory disruptions.

Moody’s is forecasting that operating income for the U.S. retail industry will fall 2% to 5% in 2020, with sales flat to down 3%. Even with stores closed, retailers will have to pay rent and most have said they will continue to pay staff, adding to pressure from sales declines and squeezed margins.

And while some e-commerce retailers like Amazon.com Inc. (NAS:AMZN) and Chewy Inc. (NYS:CHWY) , along with retailers with curbside pickup like Walmart Inc. (NYS:WMT) and Target Corp. (NYS:TGT) have benefited from a growth in online purchasing, particularly in grocery, digital sales won’t save the day.

“[M]ost bricks-and-mortar operations will not be able to offset the steep loss from store sales with their online platforms, even for those such as The Gap Inc. (NYS:GPS) , Nordstrom Inc. (NYS:JWN) , and Macy’s, which have invested heavily in e-commerce capabilities,” Moody’s said.

“Meanwhile, store closures are starting to permeate into distribution centers, with L Brands, Inc. (NYS:LB) and TJX Cos. (NYS:TJX) announcing temporary closures of their distribution centers. Although L Brands and TJX do not have a very high online penetration, this will not bode well for overall e-commerce sales if this trend accelerates.”

Malls are also expected to take a hit, with Coresight Research finding that they are number three on a list of places that people are avoiding most. (Numbers one and two are movie theaters and restaurants/bars/coffee shops, respectively).

Coresight Research conducted a poll of U.S. adult consumers on March 17 and March 18.

If the outbreak worsens, malls jump to the top spot. UBS analysts hold out hope that the troubles for the sector will be short-lived.

“[W]e think people would want to get back to their normal habits as soon as possible and may consider the Covid-19 risk low enough that they are willing to go back to malls,” UBS wrote in a separate note published last week.

“Even if they don’t want to visit malls as much, we think this could get offset by them shopping online more and we assume online retailers will continue making deliveries. Plus, consumers may reallocate money normally spent on travel, restaurants, etc. to other categories such as apparel and footwear.”