Officials have reported nearly 1,400 cases of COVID-19 among inmates and prison staff 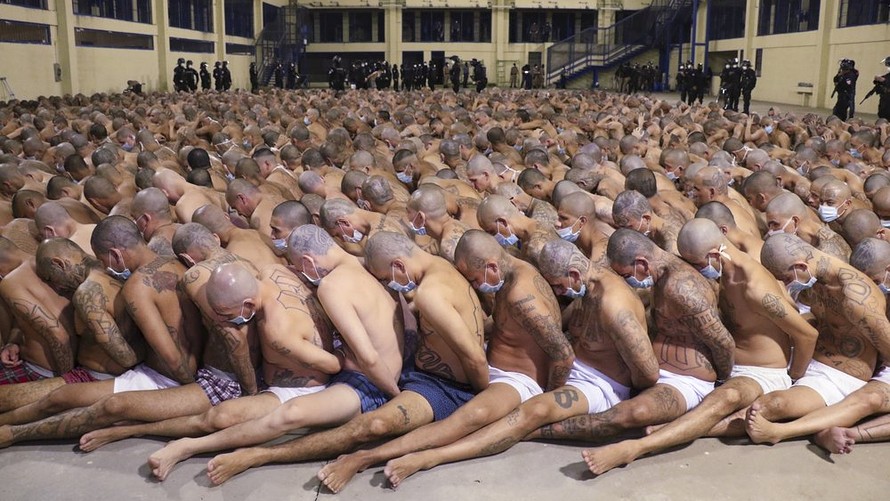 SANTIAGO, Chile (AP) — The spreading specter of the new coronavirus is shaking Latin America’s notoriously overcrowded, unruly prisons, threatening to turn them into an inferno.

The Puente Alto prison in downtown Santiago, Chile, had the largest of Latin America’s largest prison virus outbreaks so far, with more than 300 reported cases. The prison’s 1,100 inmates are terrified. Social distancing is hard to practice in jail.

“They are all in contact with each other,” said prison nurse Ximena Graniffo.

Latin America’s prisons hold 1.5 million inmates, and the facilities are often quasi-ruled by prisoners themselves because of corruption, intimidation and inadequate guard staffs. Low budgets also create ideal conditions for the virus to spread: There is often little soap and water and cell blocks are crowded.

So far, national officials have reported close to 1,400 confirmed cases of COVID-19 among inmates and prison staff. The worst hit has been Peru, with 613 cases and at least 13 deaths, though the extent of testing to determine the full scale of infections differs from country to country. When the Dominican Republic tested more than 5,500 inmates at the La Victoria prison, which has been producing protective face masks for the public, officials reported at least 239 tested positive.

Perhaps the most complete testing appears to be taking place in Puerto Rio, where the Department of Corrections said Friday it will test all the nearly 9,000 inmates being held across the U.S. territory, as well as 6,000 employees, including prison guards.

Fear of the virus itself already has proven deadly. There have been 23 deaths in prison riots in Colombia since the pandemic started. More than 1,300 inmates have escaped prisons in Brazil after a temporary release program wa scancelled due to the outbreak, and more than 1,000 have been on hunger strikes in Argentina.

All over the region, the demands are the same: protection against contagion. With most family visits cancelled, inmates feel exposed, vulnerable, alone — and exploited.

Inmates report that prices at informal and formal prison stores have increased during the pandemic, and relatives can no longer bring them food and hygiene items from the outside.

Human Rights Watch says conditions are even worse in countries like Haiti, Bolivia or Guatemala.

Countries like Chile and Colombia have already released about 7,500 inmates and Mexico’s Senate last week approved a measure to free thousands, though Brazil has not yet acted.

“Prisoners have been sentenced to loss of liberty, not to death, and the state has to take measures at its disposal,” said José Miguel Vivanco, Americas director for Human Rights Watch. And in many countries, such as Bolivia, most of those behind bars have not yet been sentenced or are awaiting trial.

In Chile, the head of the prison guard system, Christián Alveal, said the prisoners’ fears “are totally reasonable,” and he said officials are working “to minimize the worries of the inmates.”

Some prisons have tried to do that by allowing prisoners more calls to relatives, and Argentina, with 13,000 prisoners, has allowed videocalls. Buenos Aires has even allowed prisoners to use cellphones, which are normally banned because they are sometimes used in extortion schemes.

Inmates at the San Pedro prison in Bolivia’s capital, La Paz, have taken their own measures against contagion. While inmates elsewhere have rioted over bans on family visits, the Bolivian inmates themselves decided on such a ban. And they turned what are normally punishment cells into 14-day quarantine lockups for newly arrived prisoners.

Ximena Graniffo, the nurse at Puente Alto, seemed resigned to a struggle. “You do what you can with what you have,” she said.