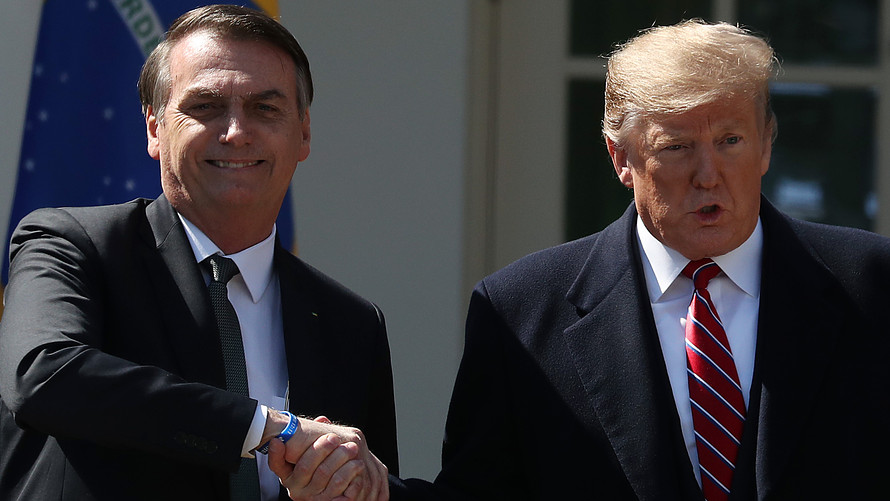 The number of global cases of the coronavirus that causes COVID-19 rose to 4.9 million on Wednesday and Brazil suffered its worst fatalities since the start of the outbreak, prompting President Donald Trump to say he may bar entry to flights from Brazil.

Brazil suffered 1,179 deaths in a single day overnight, pushing its death toll to 17,971, according to the health ministry. The country has 271,885 cases, according to data aggregated by Johns Hopkins University.

Brazil’s far-right President Jair Bolsonaro has dismissed the risks of the disease and encouraged his supporters to go back to work. Bolsonaro did not respond to Trump’s comments on a travel ban, but he did say the health ministry would issue guidelines on the use of hydroxychloroquine to treat the illness.

The drug, which is approved to treat malaria, rheumatoid arthritis and lupus, has not been proved to be effective as a treatment for COVID-19, but has been touted by Trump for weeks. The president stunned many on Monday when he said he has been taking it himself. Hydroxychloroquine is known to have potentially severe side effects, including heart-rhythm problems.

Russia reported another 8,764 cases in a 24-hour period, which while high, is its lowest case increase since May 1.

Countries that moved fast to contain the spread of the virus, meanwhile, were pushing ahead with reopening. In South Korea, seniors returned to high school on Wednesday, wearing face masks and observing social distancing, the Guardian reported.

New Zealand, which has had no new cases of the virus in the last 24 hours, is considering ways to boost its tourism industry, which has been hurt by a ban on foreign travelers. Prime Minister Jacinda Ardern proposed adding more public holidays or shortening the work week to encourage New Zealanders to travel around the country and make up for the loss of visitors from overseas.

In the U.S., Trump again lashed out at China for “mass worldwide killing” for allowing the virus to spread from the city of Wuhan, where it was first reported late last year. The president tweeted that “some wacko” in China had released a statement blaming others for the virus.

It was unclear which statement he was referring to. Trump blasted the World Health Organization again this week for failing to respond quickly and aggressively enough in the early stages of the outbreak, the same criticism that has been leveled by some at his own managing of the crisis.

Trump stirred further controversy on Tuesday by describing the U.S. case tally of 1.52 million at the time, the highest in the world, as a “badge of honor” that shows how much testing it is doing. Critics point out that the U.S. is far behind other countries measured by per capita testing, which public health officials say is crucial to understanding and managing the infection rate.

There are now 325,650 fatalities from COVID-19 worldwide, according to the Johns Hopkins data. At least 1.7 million people have recovered.

See: Billionaire banker Jamie Dimon urges business and government to use the pandemic to create a fairer world