The U.S. is ‘an anomaly among the higher-income countries of the world in that we never did lock down sufficiently; we only slowed down to get the virus activity by May to a so-so level,’ says Dr. Michael Osterholm 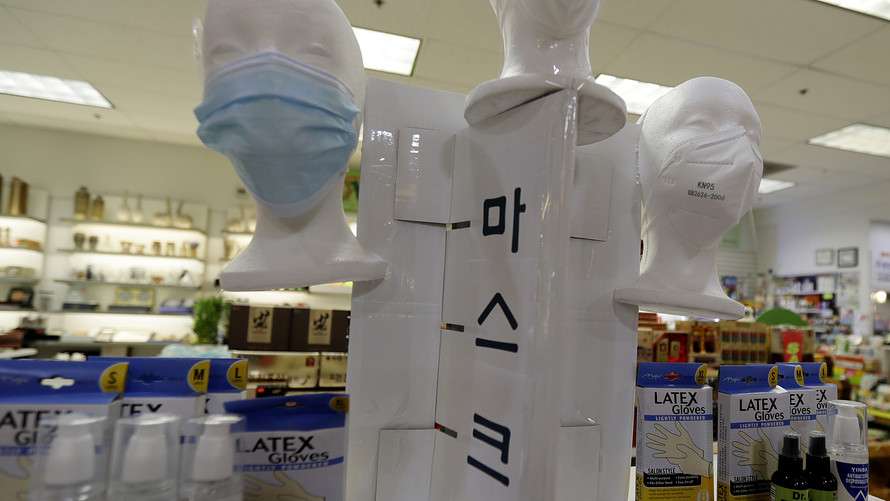 The number of confirmed cases of the coronavirus illness COVID-19 world-wide rose above 20.7 million on Thursday and the U.S. suffered its biggest death toll since May with almost 1,500 fatalities counted in a single day.

The U.S. has averaged more than 1,000 deaths a day for two weeks, according to data aggregated by Johns Hopkins University. Wednesday’s deaths were mostly concentrated in Sun Belt states that saw the worst case spikes in June and July, the New York Times reported. A Times analysis of data provided by the Centers for Disease Control and Prevention found that at least 200,000 more Americans than usual have died since March, or about 60,000 more than the official data is linking to COVID-19. The findings were in line with a report published by “The Conversation.”

While case numbers are stabilizing in some regions, the high number of deaths suggests the pandemic is far from under control. President Donald Trump continued to push for schools to reopen on time and in person on Wednesday and to urge football players to “go play football.”

Ahead of Trump’s briefing, former Vice President Joe Biden, the presumptive Democratic presidential nominee, made his first public appearance with Sen. Kamala Harris, his newly announced running mate. The pair slammed Trump’s management of the pandemic, pledged to bring back lost jobs and prop up the middle class.

“I’m ready to get to work,” said Harris. The U.S. leads the world in coronavirus cases “because of Trump’s failure to take it seriously from the start,” she said.

• Florida Gov. Ron DeSantis compared the challenge of reopening schools with the obstacles faced by the U.S. Navy SEAL team that assassinated Osama bin Laden in 2011. “Just as the SEALs surmounted obstacles to bring Osama bin Laden to justice, so too would the Martin County School system find a way to provide parents with a meaningful choice of in-person instruction or continued distance learning,” he said at a briefing, according to a transcript published on Florida’s government website

• Dr. Michael Osterholm, epidemiologist at the University of Minnesota, repeated his message that the U.S. needs to shut down again and go back to Square 1 in dealing with the crisis, which he acknowledged is “shocking news” that people “don’t want to hear.”

“The bottom line is that if you look at the country, we are an anomaly among the higher-income countries of the world in that we never did lock down sufficiently; we only slowed down to get the virus activity by May to a so-so level,” Osterholm said in an interview on MSNBC. “Other countries worked harder to get the viral activity more fully under control. ‘We walked away after 80% containment.”

Don’t miss: Dr. Osterholm: Americans will be living with the coronavirus for decades

• India now has the fourth highest death toll from COVID-19 in the world, after passing the U.K. overnight, the Johns Hopkins data shows. India has 2.4 million cases, or third highest after the U.S. and Brazil, and 47,033 deaths.

• There was bad news from China where two people who were confirmed to have had and recovered from the virus have tested positive again, according to media reports. A 68-year old woman in the Chinese province of Hubei, where the virus was first detected late last year, tested positive this month after recovering from COVID-19 in February.

A man who was confirmed to have the illness in April also tested positive again, although media reports said he was not suffering any symptoms. Other anecdotal evidence relating to patients retesting positive after apparently recovering have made health experts concerned that the level of protective antibodies developed to fight the virus may quickly fall away and leave patients at risk of reinfection.

• Germany reported 1,445 new COVID-19 cases in a single day, the highest number since May 1, according to the Robert Koch Institute. “This trend is unsettling,” the RKI said in a statement. “We absolutely have to avoid a further accentuation of the situation.”

There are now 751,033 confirmed deaths from COVID-19 world-wide, the Johns Hopkins data shows. At least 12.9 people are confirmed to have recovered.