Bank of America and Morgan Stanley beat earnings estimates despite pandemic, while Domino’s gets boost from at-home diners 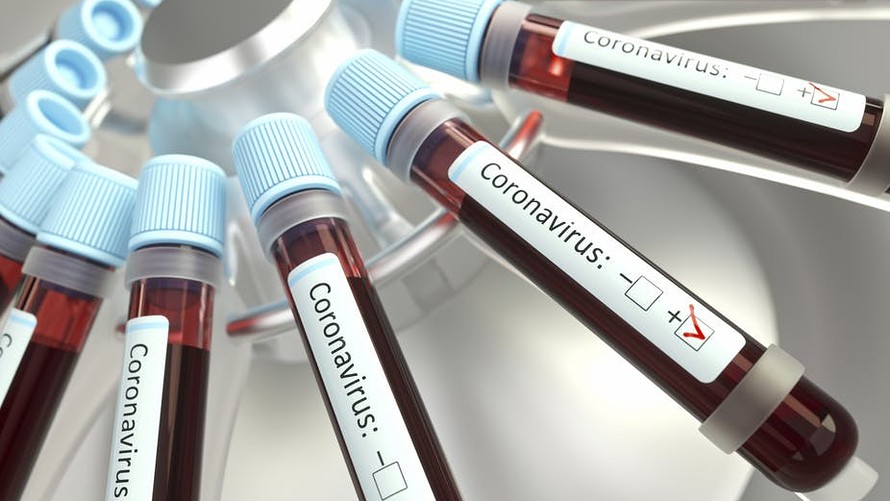 The number of confirmed cases of the coronavirus illness COVID-19 world-wide rose to 13.6 million on Thursday, after a record of about 230,400 new infections were counted on Wednesday, according to data aggregated by Johns Hopkins University.

That was higher than the previous one-day record of roughly 229,000 counted last Friday, the data show. The U.S. recorded another 66,300 cases on Wednesday, just below the record of more than 67,000 cases reported on Tuesday.

A full 43 states and territories have seen case numbers rise in the past 14 days, according to a New York Times tracker, showing Florida is the new hot spot in the U.S. Hospitals in parts of the South and West are straining to handle the case load. The cities of Houston, Miami and Phoenix are reporting dire shortages of intensive-care unit beds and staff.

Public health experts and academics are astounded at the White House move to order hospitals to report COVID-19 data to the Department of Health and Human Services, instead of the Centers for Disease Control and Prevention, the nation’s premier public health agency. The decision is expected to make the data less transparent to the public and to researchers.

“‘... HHS and the White House broke a system that was working to put in a no-bid contract — contractor, inexperienced — to try to do something that is mission-critical to solve the pandemic,” said Tom Frieden, a former head of the CDC and now a senior fellow for global health at the Council on Foreign Relations. “Just when you think can’t get less organized or less functional, it does, in this country.”

There was further outrage about Georgia’s Gov. Brian Kemp ban on Georgia’s cities and counties from ordering people to wear masks in public places. Kemp voided orders on Wednesday that at least 15 local governments across the state had adopted, as the Associated Press reported.

Georgia has lost 3,091 people to the pandemic so far, the Johns Hopkins data show.

The ban comes as other states are moving in the opposite direction, ordering residents to cover their faces, including Alabama on Wednesday. Public health experts agree that wearing a face mask, washing hands frequently and socially distancing are vital measures to contain the spread. Retailers Walmart Inc. /zigman2/quotes/207374728/composite WMT +1.97%  and Kroger Co. /zigman2/quotes/206215053/composite KR +1.57% have both said face masks are mandatory for shoppers in their stores. The National Retail Federation is recommending that all retailers follow their example.

Savannah Mayor Van Johnson was the first local official to defy Kemp and order masks, and had said police would start writing $500 citations to businesses that didn’t enforce the law. Johnson called Kemp out by name on Twitter.

The Harvard Global Health Institute (HGHI) shot down a suggestion by CDC Director Robert Redfield earlier this week that COVID-19 cases in the South were being caused by people from the North vacationing there after Memorial Day weekend. Redfield said there was a pop in cases around June 12 to June 16 caused by vacationers driving down south.

“This is not what the data say,” the HGHI said in a report. Infections in states including Nevada and Florida actually stared rising on June 1.

“Remember that there is always a lag between when infections occur and when they begin to be diagnosed,” said the report. “This means that the increase in confirmed cases around June 1 comes from infections occurring around May 24, right around the Memorial Day weekend (and well before mid-June, as Dr. Redfield suggests.) So the data show that these outbreaks started before Northern vacationers supposedly traveled South.”

The more likely explanation is that infections are spiking because states reopened far too early.

“Virginia, on the other hand, remaine

d in phase 1 of its reopening through the end of May and has fared significantly better than its neighbors,” said the report.

The U.K. has 45,138 fatalities, the highest in Europe and third highest in the world.

China, where the illness was first reported late last year, has 85,247 cases and 4,644 fatalities.

Johnson & Johnson CFO Joseph Wolk told CNBC that the company expects the Phase 1 trial for its COVID-19 vaccine candidate to begin next week.

Wolk said the Phase 1 trial is expected to enroll more than 1,000 participants, primarily between the ages of 18 and 55 years old, although the company also plans to include a group of people who are 65 years old or older in the early-stage trial.

He also said that J&J is in talks with the National Institutes of Health to move up the timeline for the anticipated Phase 3 trial to late September.

“The science still has to play out,” Wolk said.

Dynavax Technologies Corp. /zigman2/quotes/203017054/composite DVAX +6.42% announced that it will work with the Icahn School of Medicine at the Mount Sinai Hospital system in New York on a universal influenza vaccine. Mount Sinai has received funding from the National Institute of Allergy and Infectious Diseases to develop a vaccine and aims to use Dynavax’s adjuvant technology to support that process.