Coronavirus update: Global death toll passes 412,000, as Dr. Fauci warns that COVID-19 is far from over

Starbucks expects to be profitable again by the fourth quarter, and Best Buy is letting customers back into its stores 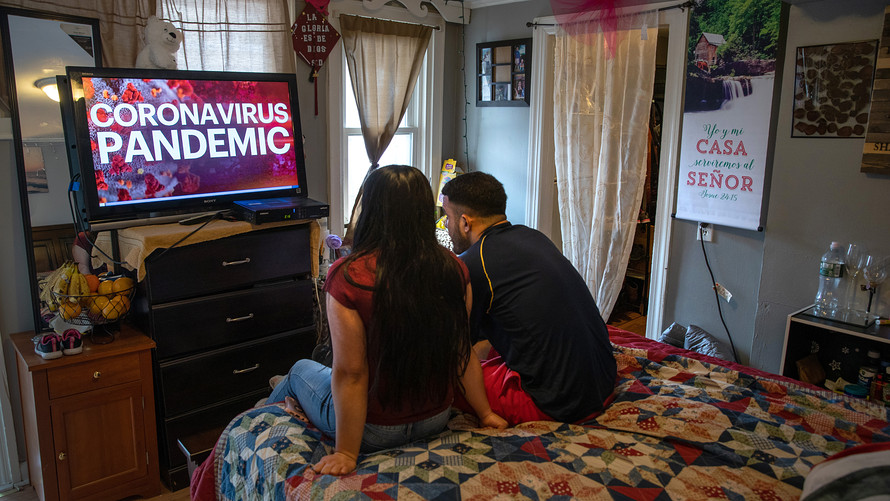 The coronavirus pandemic that has cost more than 412,000 lives globally took just one month to span the globe and is still far from over, even as countries around the world move to lift quarantines, stay-at-home orders and other restrictions on movement.

That’s the grim view of Dr. Anthony Fauci, head of the National Institute of Allergy and Infectious diseases, speaking at a virtual conference held by the Biotechnology Innovation Organization on Tuesday.

“In a period of four months, it has devastated the whole world. And it isn’t over yet,” he said.

COVID-19 is one of the worst pandemics in history and has spread far faster than other transmissible diseases that can take six months or longer to infect the globe. The best hope to contain it is to develop vaccines and scale up to billions of doses, he said.

See now: These 23 companies are working on coronavirus treatments or vaccines — here’s where things stand

The federal government agency, the National Institutes of Health, is gearing up to fund three separate Phase 3 trials of vaccine candidates this summer, the Wall Street Journal reported on Wednesday, citing a lead government vaccine researcher.

There are no approved vaccines for COVID-19, and the U.S. Food and Drug Administration has granted emergency use authorization for Gilead Sciences Inc.’s /zigman2/quotes/210293917/composite GILD -0.44%  remdesivir as a treatment for patients with moderate to severe cases. Remdesivir has shown some promise in clinical trials in speeding up recoveries, but the company has not yet published a full set of data.

Don’t miss: A new batch of data for Gilead Sciences’ remdesivir points to efficacy but it’s no ‘silver bullet’

Fauci’s comments come as infection rates are still growing in many parts of the world. Africa now has more than 200,000 confirmed cases and the president of Burundi has died of a suspected case.

The World Health Organization is urging Pakistan to return to lockdown after hospitals said they were nearing full capacity, as the Guardian reported.

In Latin America, Argentina reported more than 1,000 cases in a 24-hour period for the first time. Lockdown measures have been extended in capital Buenos Aires, the epicenter of the outbreak, according to the Guardian.

In the U.S., where all 50 states are in the midst of reopening, 21 states are still showing increasing cases, including California, Texas and Florida, according to a New York Times tracker. Six states, including Georgia, Louisiana and Wisconsin, are mostly the same, while 26 states, including early hot spots New York, New Jersey and Illinois, are showing decreasing numbers.

More than 12 states are recording their highest averages of new cases since the start of the outbreak and hospitalizations have been climbing since Memorial Day, according to the Washington Post.

There are now 7.27 million confirmed cases of COVID-19 worldwide and at least 412,013 people have died, according to data aggregated by Johns Hopkins University . More than 3.4 million people have recovered.

Brazil has 739,503 cases and 38,406 fatalities, the data show. Brazil has ceased to publish updates of cases and deaths, but four major newspapers and two affiliated news sites announced a partnership to collect data directly from state health departments and to report updated tallies of fatalities and cases. On Tuesday, a Supreme Court justice ordered the government to resume updating numbers, according to the Guardian.

See: Locals reclaim Madrid as their city while waiting for the tourists to return

Peru, France Germany, Iran, Turkey Chile, Mexico, Pakistan, Saudi Arabia and Canada are next and all ahead of China, where the illness was first reported late last year. China has 84,198 cases and 4,638 deaths.

Read: Why some nursing homes did better in protecting residents from coronavirus

The Organization for Economic Cooperation and Development released its twice-a-year economic outlook on Wednesday, and unusually, presented two scenarios — one where the coronavirus continues to recede, and another where a second wave of rapid contagion erupts later in 2020. OECD Chief Economist Laurence Boone said both forecasts are equally probable.