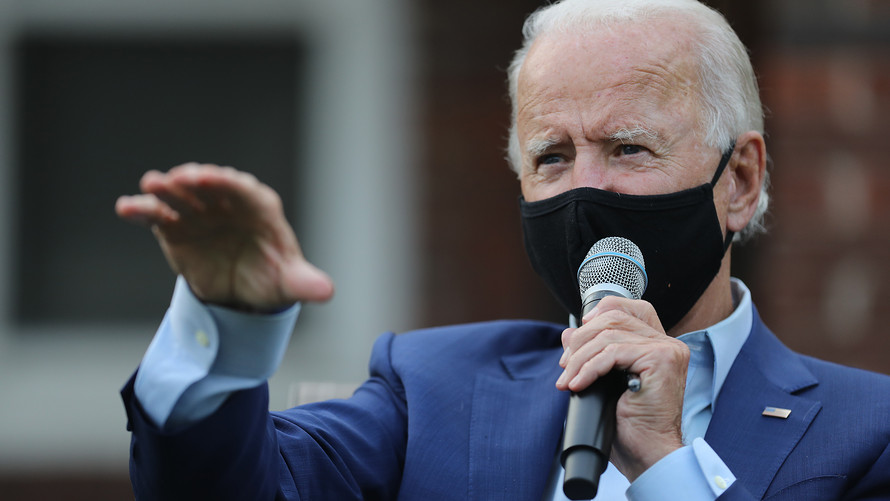 The U.S. death toll from the coronavirus illness COVID-19 climbed above 217,000 on Thursday, as Nature magazine became the latest scientific journal to sharply criticize President Donald Trump’s handling of the pandemic, endorsing his rival, Democrat Joe Biden, for president.

Nature joins the prestigious New England Journal of Medicine, Scientific American and Lancet Oncology, all of which have published similar editorials recently. Each of the apolitical entities noted that it was the first time it had waded into the political arena.

Nature echoed comments made by the editorial board of the New England Journal just last week, in its criticism of Trump’s attack on science, on the very public health agencies that report to him and should be spearheading the pandemic management, the media, the Department of Justice and even the electoral system.

“The Trump administration’s disregard for rules, government, science, institutions of democracy and, ultimately, facts and the truth have been on full display in its disastrous response to the COVID-19 pandemic,” Nature’s editors wrote.

From the outset, Trump chose not to devise a national strategy to test, contact trace and bolster public health facilities, and instead “he flouted and publicly derided the science-based health guidelines set by the US Centers for Disease Control and Prevention for the use of face masks and social distancing,” they wrote.

The administration later reshaped guidelines, “when the message did not align with its agenda. Trump has lied about the dangers posed by the virus and has encouraged people to protest against policies intended to slow its transmission. The result, if not the goal, has been to downplay the greatest crisis the country — and the world — has faced in at least half a century.”

Trump’s actions have had “devastating consequences,” the editorial continues.

Ohio counted more than 2,000 new cases in a single day, its biggest one-day jump since the start of the outbreak. Ohio currently has 1,042 hospitalized COVID-19 patients, and 268 are in intensive-care units, according to the Covid Tracking Project. The state’s hospitals are at almost 80% capacity, according to the Ohio Department of Health.

North Dakota and South Dakota are leading the nation in numbers of new cases over the last week, according to a New York Times tracker. A full 28 states are showing higher numbers of cases, including Montana, Wisconsin, Nebraska, Iowa, Idaho and Wyoming.

North Dakota currently has 206 COVID-19 patients in hospitals, with 39 in an intensive-care unit, leaving just 13.6% of staffed beds available, according to the state’s health department.

South Dakota has 303 hospitalized COVID-19 patients, and is almost at 70% capacity, according to that state’s department of health.

Trump continued with his campaign rallies on Wednesday with an event in Iowa, his third such rally in as many days. Trump and Biden will hold dueling town-hall events on live TV later Thursday, when the two had been scheduled to debate until Trump, while recovering from COVID-19, refused to accept a virtual town-hall debate format and Biden’s team immediately scheduled a town hall with voters on ABC. Trump struck a deal this week to appear on NBC.

Dr. Anthony Fauci, head of the National Institute for Allergies and Infectious Diseases, expressed his frustration with Trump’s rallies in a “CBS Evening News” interview.

“You know, I can’t advise the president about what he can do and should do with regard to his political campaigns, but I can reiterate my statement that when you have congregate settings of a lot of people together closely packed [and] when most are not wearing masks, that is a risk situation to be avoided,” he said.

See also: When will the COVD-19 pandemic end? History offers a sobering message

• The World Health Organization’s European head has warned that EU governments are not fully prepared for the surge of infections currently engulfing the continent and recommended measures to roll out vaccines as soon as they are available, the Guardian reported. “While the evolution of the pandemic is getting back to March levels, our state of preparedness is not,” the EU executive’s vice president, Margaritis Schinas, said.

• Private briefings from two senior White House aides to a conservative institution at the outset of the coronavirus outbreak led investors to short the stock market and even load up on toilet paper, according to a published report. Tomas Philipson, then the chairman of the Council of Economic Advisers, and Larry Kudlow, the director of the National Economic Council, told the Hoover Institution of the uncertainties around coronavirus in more stark terms than those in which they had informed the public, according to the New York Times. That led William Callanan, a Hoover board member, to write a memo to David Tepper, the founder of hedge-fund firm Appaloosa Management, and a Tepper aide, the report said. Callanan allegedly wrote that he found it striking that they both mentioned their concerns, unprovoked. The email was then circulated to other Appaloosa employees, who discussed the memo with other investors. The report said the memo helped convince investors to short the stock market.

Don’t miss: COVID-19 Vaccine Tracker: Everything you need to know about the companies with candidates in Phase 1 or later-stage trials

• London has become the latest city to announce tighter coronavirus restrictions as Europe grapples with a spike in new infections. Londoners will be banned from mixing indoors with other households on Saturday as the city moves to Tier 2 restrictions. The U.K. has the highest death toll in Europe, the Johns Hopkins data show. The country has lost 43,383 lives to the virus, the fifth highest toll in the world, and has had 676,455 confirmed cases. London follows Paris, which will be subject to a nighttime curfew banning people from being outdoors from 9 p.m. until 6 a.m., except for essential reasons, for four weeks.