Tesla defies county ban and reopens California car-making plant, and Boeing CEO says a major airline will be pushed into bankruptcy by pandemic 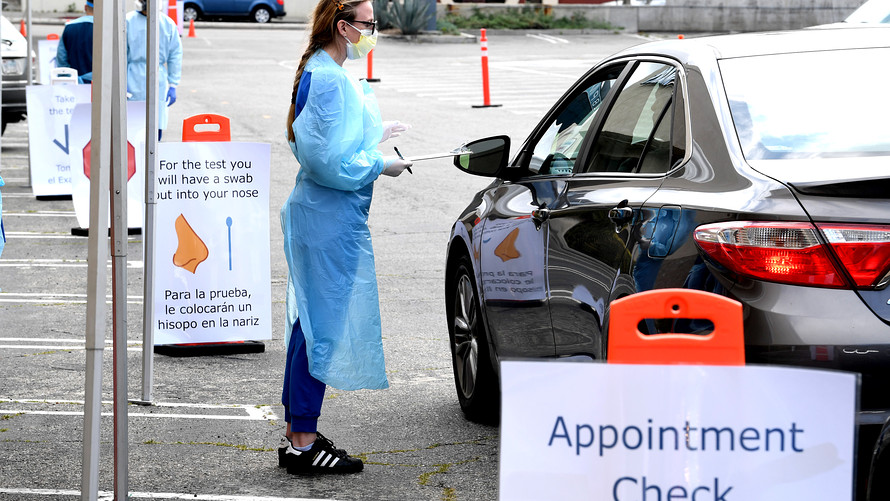 The U.S. death toll from the coronavirus that causes COVID-19 climbed above 81,000 on Tuesday, as President Donald Trump, defending his record on testing in the U.S., ended his White House news conference abruptly following an angry exchange with two reporters.

At his first briefing since April 27, Trump said the U.S.’s testing capacity is “unmatched and unrivaled anywhere in the world,” with more than 9 million tests now completed. Trump said that number will exceed 10 million by the end of the week. States will be getting $11 billion from recently approved legislation to put toward testing, according to a senior administration official who briefed reporters on Monday.

But critics say the federal government’s delayed approach to testing, faults with initial batches of tests prepared by the Centers for Disease Prevention and Control, and a failure to create a centralized testing system that could be rolled out across the country have hurt the effort to contain the virus.

Joe Biden, the presumptive Democratic presidential nominee, said in a Washington Post op-ed on Monday that testing has been inadequate and urged the administration to do more.

The nonprofit organization Accountable.US has launched a website called WhereAreTheTests.com to highlight the failings on testing. The website includes internal emails from the organization’s 50 States Open Records Project, showing states struggling to obtain testing supplies from the federal government.

“The Trump administration has mismanaged the single most important element of the response to this public health crisis,” said Accountable.US President Kyle Herrig in a statement. “Public health officials agree: without widespread testing, there is no way states can reopen safely. We intend to expose this administration’s unfulfilled promise and the detrimental impact this lack of available testing is having across the county.”

Even as case numbers are still climbing, Trump has been pushing states to reopen their economies, which public health officials and governors say can only be done safely with mass testing and contact tracing, a method that has worked well in South Korea and Germany.

The Chinese city of Wuhan, where the outbreak was first reported late last year, is planning to test its entire population of 11 million people in the next 10 days, according to Chinese media reports. that were cited in a Fortune magazine report. That’s after a handful of new cases emerged in the last several days, the first to appear since the city lifted its lockdown on April 8.

One example of the problem a shortage of testing is causing can be found in Colorado’s Weld County, where the chief health officer resigned after coming under pressure from elected officials when he tried to persuade them to temporarily close down a JBS USA meatpacking plant because workers had become sick, as MarketWatch’s Matt Smith reported.

Emails obtained using a series of Colorado Public Records Act requests, show the officer pleading for help with testing and other resources, while also trying to get the plant to protect its workers. The story offers a case study into the country’s approach to the crisis, in which much of the responsibility for setting policy with regard to the pandemic and dealing with the fallout has landed on relatively low-level local officials whose decisions often have national implications, Smith wrote.

Three key members of Trump’s coronavirus task force are testifying to a Senate committee on the pandemic management. Dr. Anthony Fauci, the head of the National Institute of Allergy and Infectious Diseases; Dr. Robert Redfield, director of the Centers for Disease Control and Prevention; and Stephen Hahn, commissioner of the Food and Drug Administration, are testifying remotely after being forced into quarantine following exposure to infected White House staffers.

Fauci is expected to warn the Senate that the U.S. risks “needless suffering and death” if the economy reopens too soon, the New York Times reported Monday night.

Don’t miss: 3 questions for Anthony Fauci as he testifies on Capitol Hill

There are now 4.23 million global cases of COVID-19, and 289,349 people have died of it, according to data aggregated by Johns Hopkins University. More than 1.48 million people have recovered.

Don’t miss: This chart shows the most open economies after the coronavirus lockdowns