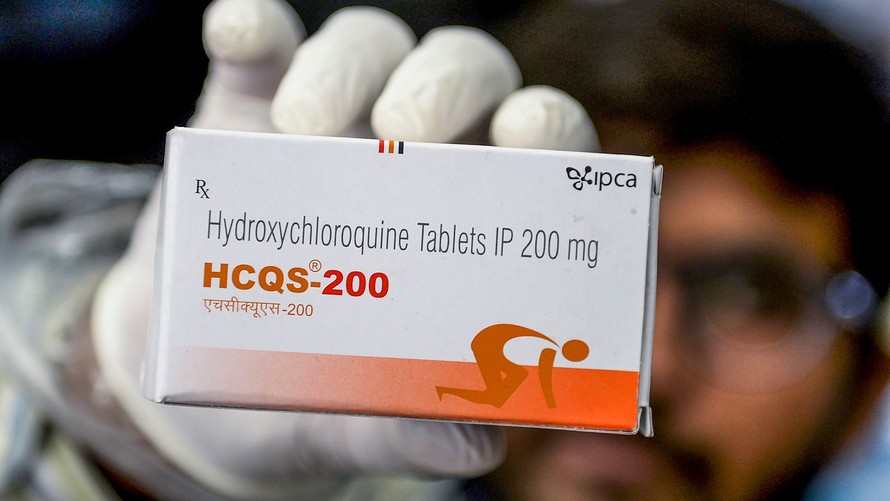 The U.S. death toll from the coronavirus that causes COVID-19 rose above 91,000 on Tuesday, as President Donald Trump again threatened to cut off funding for the World Health Organization, accusing its leaders of failing to react quickly or aggressively enough at the start of the outbreak.

In a letter to WHO Director General Dr. Tedros Adhanom Ghebreyesus , Trump leveled some of the same charges at the WHO as have been made against his own administration, which has been criticized for its slow response to the crisis and for failing to manage testing and secure needed medical supplies.

Trump said the agency “consistently ignored credible reports of the virus spreading in Wuhan in early December 2019 or even earlier, including reports from the Lancet medical journal.” However, the Lancet quickly responded to say it did not publish a report in December about a virus in Wuhan, or anywhere else in China, contrary to the Trump letter’s claim. The journal’s first reports on the crisis came in late January, just days before the WHO emergency determination.

Trump stunned many doctors, lawmakers and one Fox News anchor when he said late Monday that he has been taking the anti-malaria drug hydroxychloroquine to prevent COVID-19, even though there’s no scientific evidence yet that it treats the coronavirus, much less prevents it.

Hydroxychloroquine is known to have potentially severe side effects, including heart-rhythm problems. Trump said that, while it was not recommended by his doctor, he requested the drug from the White House physician, Dr. Sean Conley.

Conley issued a statement later Monday, saying “we concluded the potential benefit from treatment outweighed the relative risks,” though he did not explicitly say he prescribed hydroxychloroquine to Trump, or that Trump is actually taking it.

Fox News host Neil Cavuto warned his audience that the drug can lead to fatal consequences for some people.

“A VA study showed that among a population in a hospital receiving this treatment, those with vulnerable conditions — respiratory conditions, heart ailments — they died,” Cavuto said. “I want to stress again: They died. If you are in a risky population here, and you are taking this as a preventative treatment to ward off the virus or in a worst-case scenario you are dealing with the virus, and you are in this vulnerable population, it will kill you. I cannot stress enough: This will kill you.”

“We need solid data from a large randomized, controlled clinical trial to determine whether this experimental treatment is safe and can improve clinical outcomes,” NIAID director Dr. Anthony Fauci said in announcing that trial. Trump has been touting the treatment for weeks.

See: Can hydroxychloroquine prevent a COVID-19 infection? That’s Trump’s hope, it appears — and it is being looked into by researchers

In Georgia, Gov. Brian Kemp’s office issued an apology after the state public health department published a chart that wrongly indicated a downward trend in COVID-19 infections, the Atlanta Journal-Constitution reported. The data suggested infections had fallen every day for two weeks, a trend that helped justify Kemp’s decision to aggressively push ahead with reopening against the advice of health officials.

But the data, which the paper said included a third unforced error in three weeks on the state’s part, was scrambled, with dates mixed up and in the wrong order. Some experts said it appeared to show manipulation.

“I have a hard time understanding how this happens without it being deliberate,” Jasmine Clark, a state legislator who has a doctorate in microbiology and molecular genetics from Emory University, told the Atlanta paper. “Literally nowhere ever in any type of statistics would that be acceptable.”

Fauci and other experts have urged states to tread carefully when reopening for business to ensure the infection rate does not spike and create a second wave that could be worse than the first, further damaging the economy as it causes more suffering and death.

Kemp, according to a Washington Post report , is alone among U.S. governors in being rated as poorly as Trump on responding to the coronavirus crisis.

There have been 1,667 deaths from COVID-19 in Georgia, according to data aggregated by Johns Hopkins University, the 13th highest death toll among states. The state has more than 36,000 cases, according to a New York Times tracker.

The global case tally now stands at 4.87 million, and 319,147 people have died, according to the Johns Hopkins data. At least 1.8 million people have recovered.

Don’t miss: I’m a historian who has studied the Black Death. During my coronavirus quarantine, I thought, ‘Will people fear us?’