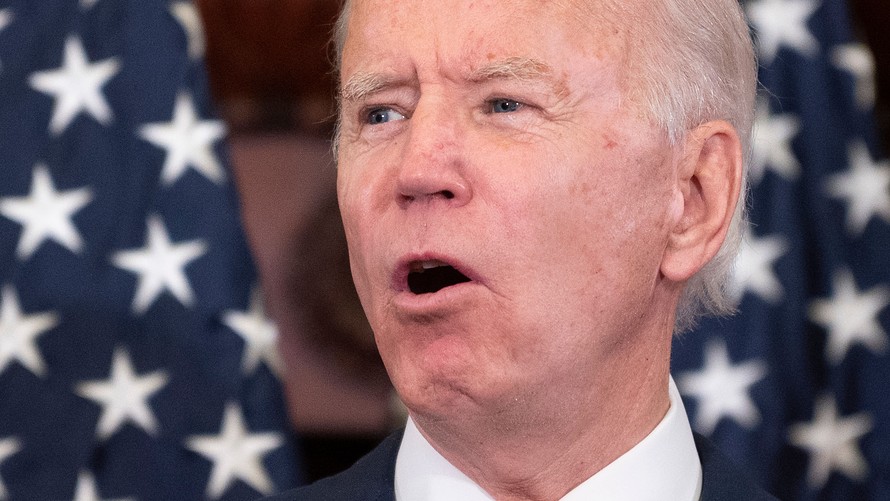 Getty Images
Former vice president and Democratic presidential candidate Joe Biden has been speaking about the unrest and divisiveness across the country.

Is this Joe Biden’s “basket of deplorables” moment?

While the former vice president was speaking with black supporters in a virtual town hall on Thursday night, he accused President Trump of dividing the nation — but he also made a divisive comment, himself.

“The words a president says matter, so when a president stands up and divides people all the time, you’re going to get the worst of us to come out,” he told “Avengers” star Don Cheadle, who was moderating the forum.

“Do we really think this is as good as we can be as a nation? I don’t think the vast majority of people think that,” Biden continued. “There are probably anywhere from 10 to 15% of the people out there who are just not very good people, but that’s not who we are.”

That got “10-15% of Americans” trending on Twitter /zigman2/quotes/203180645/composite TWTR -0.90% Thursday night, with many critics likening it to Hillary Clinton saying that “half” of Trump supporters belong in “a basket of deplorables” during the 2016 presidential race, including Rep. Doug Collins (R-Ga.) Former White House press secretary Sarah Sanders said Biden’s comments were “divisive” and “appalling” on Fox News on Thursday night. “Americans at our very essence — our very core — are the best of what has touched place on this planet,” she said.

And some others mused that the number of “not very good people” could be much higher.

The presumptive Democratic presidential nominee also added that “the vast majority” of people are “decent,” and called for bringing Americans together.

He spent most of the roughly 70-minute forum discussing racial issues as the nation entered its 10th night of protests following the death of George Floyd in Minneapolis police custody last week. “I’m a white man. I think I understand but I can’t feel it,” Biden said. “I feel it, but I don’t know what it’s like to be a black man walking down the street and be accosted, or to be arrested or, God forbid, something worse.”