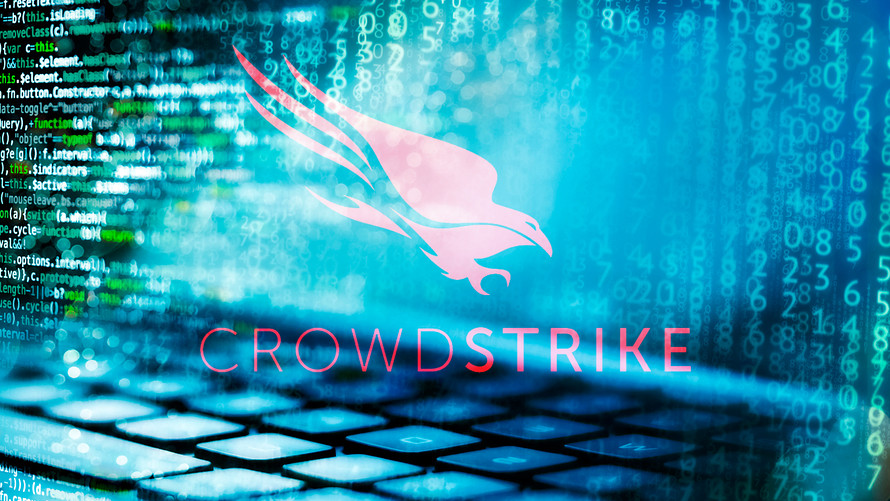 MarketWatch photo illustration/iStockphoto, CrowdStrike
On Tuesday, CrowdStrike reported its first adjusted quarterly profit ever, and raised its outlook for the year.

CrowdStrike Holdings Inc.’s stock closed up near record territory as analysts hiked price targets amid the cybersecurity company’s windfall resulting from the push of millions of people working from home because of the COVID-19 pandemic.

Late Tuesday, CrowdStrike turned in its first adjusted quarterly profit ever, surprising Wall Street, and hiked its outlook for the year on the back of strong sales and subscriptions as millions work remotely due to the COVID-19 pandemic, which has prompted businesses to speed up their digital transformations. That CrowdStrike stood to benefit from that trend was already apparent back in late March, when the company last reported earnings.

Of the 21 analysts who cover CrowdStrike, 15 have overweight or buy ratings, four have hold ratings, and two have sell ratings. Of those 21 analysts, 15 increased their price targets, resulting in an average price target of $105.30, up from a previous $82.90, according to FactSet data.

Jefferies analyst Brent Thill, who has a hold rating and raised his price target to $100 from $55, said CrowdStrike was “not just another” endpoint security vendor in the current environment.

“Cybersecurity remains mission critical for business, particularly as they look to protect endpoints and workloads in a more distributed remote workforce,” Thill said.

“CRWD does provide state-of-the-art, next-generation endpoint technology with a foundation in its unique graph database and lightweight agent, which leverages artificial intelligence and machine learning,” Thill said. “Integrated technologies beyond endpoint that are underpinned by the same graph database will likely make CRWD more sticky than traditional endpoint vendors, as its difficult to displace endpoint technology if it is integral to adjacent solutions.”

Mizuho analyst Gregg Moskowitz, who has a buy rating and raised his price target to $115 from $92, said CrowdStrike “continues to see greater displacement activity at the expense of legacy providers.”

“This is also consistent with our checks that have pointed to a greater degree of disruption at Symantec (as part of Broadcom) that, in turn, is providing an additional boost to CRWD,” Moskowitz said.

Stifel analyst Gur Talpaz, who has a buy rating and hiked his target to $108 from $90, said CrowdStrike’s security products are upending the traditional view that businesses will hold back on transformational spending in times of crisis.

“We see CrowdStrike challenging the long-held belief that transformation must be disruptive,” Talpaz said. “Since initiating coverage, we have stressed the belief that the combination of a lightweight, flexible deployment model (i.e. the agent) coupled with a cloud-first architecture provides the company with a defensible, strategic advantage, and we believe this advantage is especially pronounced in the present-day environment. Without having to worry about strained resources (i.e. VPNs, backend management appliances, etc.), customers can scale their workload protection with near-immediate time to value.”

J.P. Morgan analyst Sterling Auty, who has an overweight rating and raised his price target to $120 from $109, said CrowdStrike’s advantage is the nimbleness of the application versus traditional on-site server-based security.

Auty said “it is the cloud opportunity — being able to protect workloads that, if they were on premise, would go unprotected because they would run on performance-sensitive servers — that we think is a big expansion over the traditional endpoint [total addressable market] estimates.”

“Here the partnership with Amazon, for example, positions CRWD to continue to grow to levels that legacy vendors could not reach, in our opinion,” Auty said.

On Tuesday’s call, George Kurtz, CrowdStrike’s co-founder and chief executive, told analysts that the company saw a 75% increase in annual recurring revenue from the previous quarter from business through its partnership with Amazon.com Inc.’s (NAS:AMZN)  Amazon Web Services alone.

CrowdStrike said that annual recurring revenue, a Software-as-a-Service metric that shows how much revenue the company can expect based on subscriptions, surged 88% to $686.1 million for the quarter from a year ago.