‘Crypto hangover’ has Nvidia staggering into holidays with a big headache 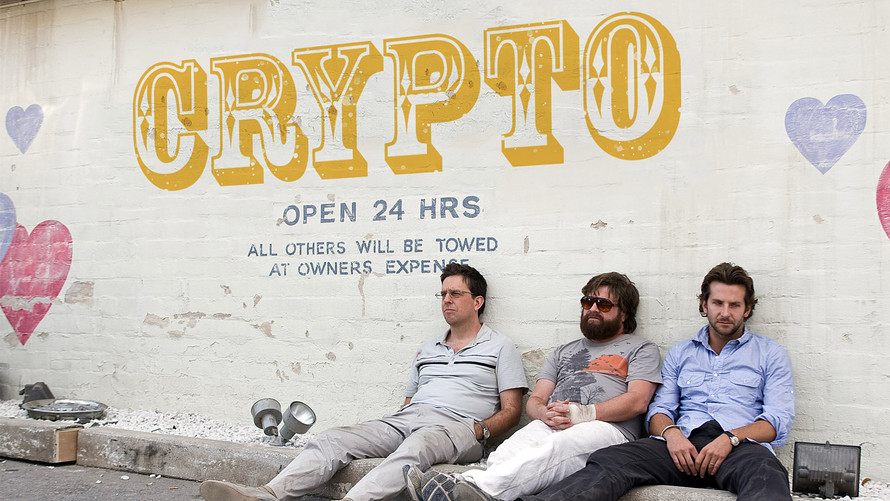 MarketWatch photo illustration/Everett Collection
The cryptocurrency-mining party is over for Nvidia, now its time for the hangover.

Nvidia Corp. is suffering a “crypto hangover” that will be hard to cure, thanks to a glut of new and used gaming cards on the market amid the launch of the company’s newest technology that replaces them.

In an earnings report released Thursday afternoon, Nvidia /zigman2/quotes/200467500/composite NVDA +1.75%  predicted a decline in revenue in the fourth quarter, both sequentially and year-over-year, thanks to an inventory backlog of its Pascal-based gaming cards. Executives explained that the end of a cryptocurrency mining boom that had created high demand for the company’s graphics chips caused demand to dry up, and prices did not come down quickly enough to draw customers who may have been waiting for cheaper and freely available gaming cards.

“The crypto hangover lasted longer than we expected and we were surprised by that, but it will pass,” Chief Executive Jensen Huang said in an interview with MarketWatch on Thursday afternoon.

Don’t miss: Nvidia has a Pascal problem, and its stock is plunging after earnings

The numbers are rather staggering. Nvidia’s forecast for the fiscal third quarter, which is under way and includes the holiday-shopping period, projects a 30%-plus sequential decline in gaming sales, Nvidia’s biggest business by far. Nvidia shares dropped 16.8% in extended trading Thursday, which would take shares to their lowest prices since September 2017 if it holds into Friday’s regular session, and took GPU competitor Advanced Micro Devices Inc. /zigman2/quotes/208144392/composite AMD +0.89%  down with it. Nvidia shares were already down 28% this quarter, as the S&P 500 index /zigman2/quotes/210599714/realtime SPX +2.62%  has declined 6.3%.

Huang and Chief Financial Officer Colette Kress said in a conference call Thursday that they hoped for the inventory backlog to clear by the end of the current quarter, but admitted that it could stretch into the fiscal fourth quarter. The biggest unknown is the effect of a potentially huge secondary market, which could be fueled by cryptocurrency miners breaking down the rigs they used to collect digital currencies like ether and selling their cards for less than new ones.

Huang admitted in his interview with MarketWatch that the secondary market could get in the way of clearing out gaming cards based on chip architecture that Nvidia recently replaced. He also praised the company’s new cards with the advanced Turing architecture, which high-end gamers will likely be targeting instead of the older cards, another potential blockade to solving the inventory buildup.

Huang, while more subdued than usual on the conference call and subsequent one-on-one interview, was not cowed by the problem.

“We’ve overcome adversity far, far, far greater than this,” the Nvidia co-founder and chief executive said, before rattling off a list of Nvidia’s positive attributes like “the world’s best GPUs,” a growing data-center business and autonomous-car deals that promise gains in the future.

Last quarter: Nvidia says crypto-mining boom is over for now

The problems Nvidia outlined Thursday are not going to get in the way of those reasons to believe in the company, as all of Nvidia’s business units except gaming are expected to grow in the current quarter. Investors who bought into the long-term AI-influenced vision for Nvidia shares, which have nearly quadrupled over the past three years as the company leveraged machine-learning advances to build its newer segments, have little to worry about from the report released Thursday.

For the rest of Nvidia’s fiscal year, though, the company’s biggest moneymaker is suddenly a drag, which will likely have a big effect on one of the chip industry’s most important companies just as doubts about tech valuations are already growing. Until and unless Nvidia gets past this speed bump in its most important business, the stock is likely to trade much lower than recent all-time highs.