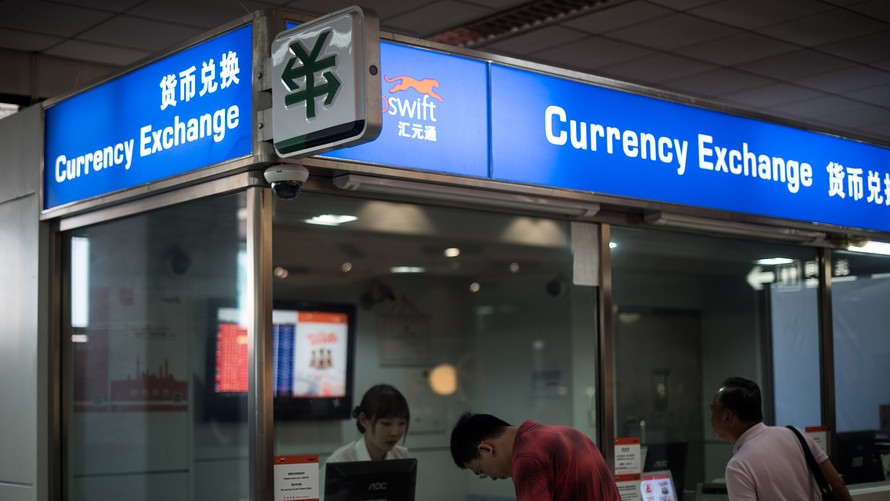 Analysts worry that currencies will shoulder the worst of the damage from any global growth shocks triggered by the coronavirus outbreak.

Emerging market economies are more vulnerable to a virus-driven slowdown than developed markets like the U.S., analysts said, mainly because developing countries are often dependent on China’s insatiable consumption to maintain their own rapid growth rates.

Moreover, should China’s economic engine sputter in the first-quarter, the spillover of weaker growth to neighboring countries and commodity exporters could force central banks in emerging markets to lower their interest rates and depreciate their currencies.

“Among EM assets, we think FX will bear the brunt in the near term as markets digest the fallout,” said Nafez Zouk, global macro strategist at Oxford Economics, in a Tuesday note.

Coronavirus update : at least 490 deaths, 350 U.S. citizens arriving from Wuhan, and Nike closes half of its stores in China

Zouk said the already sharp decline in commodities, and what that implies for international growth, was particularly troubling as such selloffs often lead to fluctuations in development market currencies.

In the chart below, the MSCI EM Currency Index closely tracks the Thomson Reuters/CoreCommodity CRB Index /zigman2/quotes/200204168/delayed CH:CRB -0.02% , which bundles together the performance of 19 commodities and has declined sharply since the first confirmed case of the coronavirus was announced on Jan. 17. 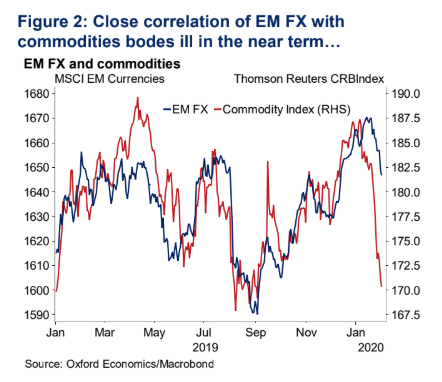 Investors see U.S. resilience to global economic headwinds as a continued theme for this year. Stronger-than-expected readings in the manufacturing and services gauge for January point to the uptick in economic activity following the signing of the U.S.-China trade agreement, even if the numbers predate the virus outbreak.

Yet, even as investors anticipate a further depreciation of emerging market currencies this year, the same fate is not expected for their stock-market counterparts.

“Central banks in emerging markets will move to action and aggressively cut rates in a deterioration of growth caused by the coronavirus, which will on the margin weaken the currency but yet ultimately, and sometimes immediately, be a stimulus to boost the equity market,” Clifton Hill, global macro portfolio manager at Acadian Asset Management, told MarketWatch.

Central banks in Asia already have made moves to ease financial conditions. The Thailand central bank cut its policy rate by 25 basis points to a record low of 1% on Thursday, citing worries around the pathogen’s spread.

Hill said Brazil was a good example to watch. Emerging market equities have been climbing, even while the country’s currency fell following last year’s economic shocks that led the Brazilian central bank to an easing campaign that benefited local companies, mainly since they could now export goods at a more cheaper and more competitive rate.

The Central Bank of Brazil cut its benchmark interest rate by half a percentage point to a record low of 4.5% in December, down from 6.5% at the beginning of 2019.