Currency war in China or market forces at work? 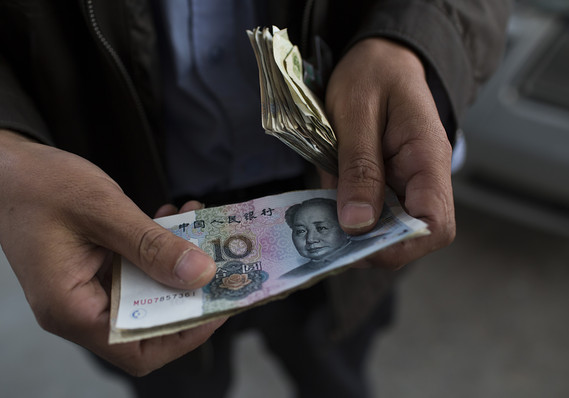 We read many articles last week speculating as to the cause behind the Chinese government's decision to devalue their currency, the renminbi or yuan. Almost everything that we have read revolves around some form of conspiracy theory, subtly implying that the Chinese government is setting forth its dastardly plan to wage a currency war against the rest of the world. China, of course, has stated that they are simply allowing their currency to become more responsive to market forces. So which is it — all-out currency war or just market forces at work?

In June of 2005, the Chinese government allowed the yuan's value to increase, or the value of the dollar to decrease relative the yuan. The PBOC was still intervening in the marketplace, but instead of pegging the exchange rate at a constant value, they "managed" the exchange rate, thus allowing the yuan to appreciate more slowly relative the dollar. During this time, the PBOC was still printing yuan and purchasing dollars, however, even the PBOC could not maintain a fixed peg on the currency as we entered the heart of what we call in Elliott Wave parlance "a 3rd wave down."

This period of appreciation for the yuan continued until July of 2008 when in the global finical crisis hit the world economies. During this time, there was a flight to safety to the dollar, and the U.S. Dollar Index experienced a nearly 26% appreciation in value. We can see this reflected in the price of the USD/CNY.

During the height of the crisis, there was actually a period in which the price of the USD/CNY consolidated sideways, meaning the numbers of buyers and sellers were relatively equal. This allowed the PBOC to maintain a true peg until July 2010 when the strength of yuan buyers forced the PBOC to once again let the currency appreciate in value.

This "managed" appreciation of the yuan continued until January of 2014 when the 20--year downtrend of the USD/CNY currency pair finally came to an end. In April of 2014, we saw the beginning of a trend in the liquidation of China's foreign-currency reserves which were almost certainly used to intervene in the currency markets. This intervention is continuing to this day, and as of July 2015, the PBOC has sold over $317 billion of the roughly $4 trillion of foreign-currency reserves that they held at the peak of June of 2014.

The PBOC has stated publicly that it does not intend to allow the yuan to devalue further, but unfortunately, it is not up to the PBOC. As long as there are more buyers of U.S. dollars vs. Chinese yuan, then the pressures of the market will continue to drive the price of the USD/CNY higher, thus further devaluing it.

This brings us back full circle to our original question: currency war or just market forces at work? Well, given the data that we have available to us, it should be rather evident at this point that we are not dealing with an evil underhanded plan by China to start a currency war. Rather, we are simply witnessing the market forces at work. At the end of the day, even the mighty government of China is powerless to stop the even greater powerful force that is the larger market.

Co-written by Avi Gilburt and Michael Golembesky from Elliottwavetrader.net.

Get news alerts on Chinese Yuan — or create your own.
Page 1