‘Dear Mr. President, I sense you are unsatisfied’ — imagining Powell’s response to Trump

A hypothetical letter from Powell to Trump, penned by a Fed watcher 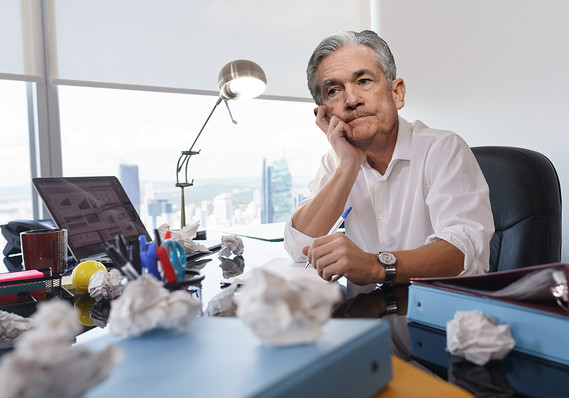 Given all of the criticism President Donald Trump has heaped on Jerome Powell in recent weeks, how might the Federal Reserve chairman respond?

Trump took aim at Powell again on Tuesday, saying in an interview with The Wall Street Journal that Powell “almost looks like he’s happy raising rates.”

Trump’s criticism of Powell is just the latest in the power struggle between the White House and the Fed.

One Fed watcher - Sal Guatieri, senior economist of BMO Capital Markets - from his safe perch across the border in Toronto, decided to pen a hypothetical response from Powell to Trump.

I read about your comments on my job performance. I sense you are unsatisfied. But let me explain.

I understand where you are coming from. You promised jobs, jobs, jobs, and higher wages to boot. A noble cause. But my job is more nuanced. I also need to keep an eye on the inflation ball.

To be fair, it has shown little bounce of late. In fact, core consumer prices hardly budged in the past two months. But that is now, and my job is to anticipate the future. And decades of hard data suggest that when the economy creates too many jobs but not enough workers to fill them, inflation eventually rises. If past is prologue, we will end up with much higher interest rates and, eventually, fewer jobs. In my view, it would be “crazy” not to keep raising rates now to avoid a likely worse outcome later.

Let me remind you that core inflation has already returned to its target. The task now is to keep it there. But holding real policy rates close to zero when the economy is growing 3% is unlikely to accomplish this goal. True, there could be more “slack” in the economy than we think (the prime-age participation rate is below prior cycle peaks) and productivity could improve (partly in response to your tax reforms). Both would allow the economy to run faster than we think without overheating. At the same time, however, more companies are telling us that they can’t find qualified workers to fill positions, while productivity growth, though improved, is trending little more than 1%. Given a modest increase in the working-age population, the economy’s sustainable speed limit is likely stuck below 2%. I know that’s a far cry from your ambitious goal of 3% or better, but I’m just stating facts. Given our outlook for continued robust growth, the jobless rate is likely headed toward its second lowest level in over six decades (3.5%).That would be a full percentage point below what we deem sustainable in the long run.

Mr. President, although inflation has returned to target, policy rates have not. This means both levers of government policy, monetary and fiscal, are supporting the economy, at a time when such support is less welcome. I can’t control the fiscal lever. That’s your job. But I do intend to adjust the monetary dial based on what I believe is best for the economy and workers over the long run. That’s why you hired me less than a year ago.

Signed, your faithful, but independently-minded, servant,