Democrats decry Trump’s Minneapolis tweets — but by November, focus could be back to economy 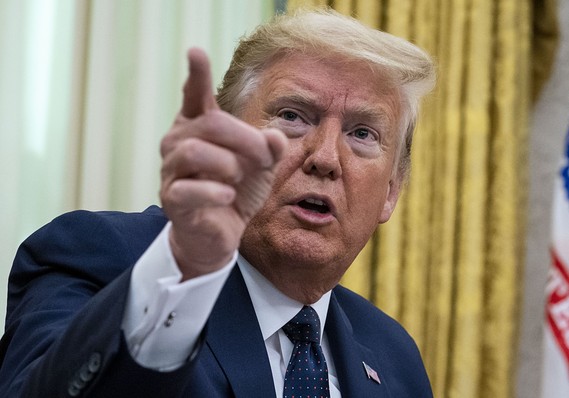 President Donald Trump’s tweets that appear to urge the shooting of looters in Minneapolis have lit a fresh fire under Democrats to defeat him in November — but by then the focus could shift to other matters.

As the death of a black man, George Floyd, in police custody stokes racial tension in Minnesota and beyond, Trump reacted by writing, “When the looting starts, the shooting starts.” Twitter Inc. /zigman2/quotes/203180645/composite TWTR +1.66% labeled Trump’s message as having “glorified violence,” hours after the president signed an executive order aimed at social-media companies.

University of Minnesota political scientist Larry Jacobs predicted in an email to MarketWatch that, “by late fall, the focus will be on [COVID-19] and economy.”

Larry Sabato of the University of Virginia said it was too soon to tell the long-term effect of Trump’s tweets. “His base will love them, as always,” Sabato told MarketWatch. “Trump’s black support is now in mid-single digits so he has little to lose,” he said.

The president in tweets on Friday pushed back on suggestions he was inciting violence.

In 2016, Trump narrowly lost Minnesota to Democratic rival Hillary Clinton, and is currently lagging behind Biden in polls of the state’s voters. Trump trails Biden in recent national polls as well.