Patients remember a personal connection with the Vancouver doctor 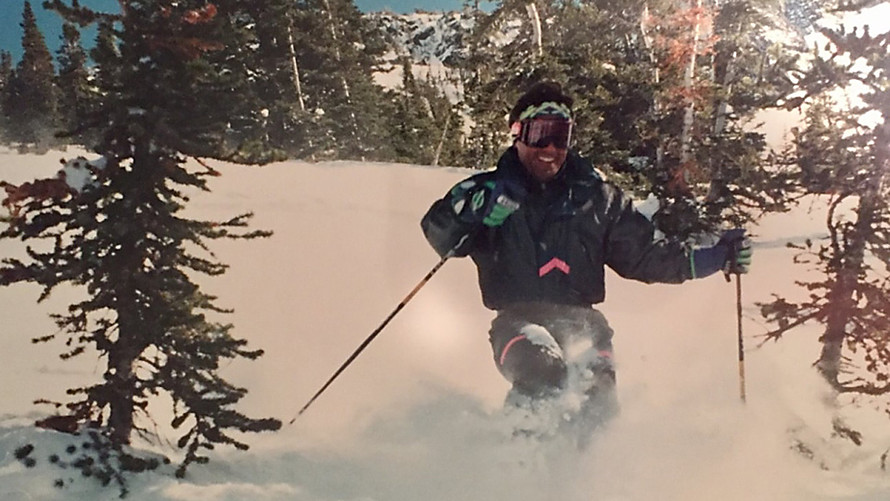 Courtesy Todd Riley
Dr. Denis Vincent was a father of two, and loved to ski.

Dr. Denis Vincent was in the business of smiles.

His patients say he was a talented dentist, but remember him most vividly for his gift of making others feel good.

“You knew he had competency, but he was also a people person. He made you feel at ease,” said longtime patient Anne Bethune. “You know when people have that extra gift with their chosen profession? I didn’t spend a lot of time in his chair, but in that time, he nailed personal connection.”

Bethune, whose three sons also saw Vincent, first learned of his death when a friend she had referred to his Vancouver, British Columbia, practice texted that he was believed to be the province’s first COVID-19-related death. He was 62 and had no known pre-existing conditions.

A father of two sons, Vincent was also an avid skier and sailor.

“He gave me hope. This is a tragic loss for our community.”

Linda Galasso, one of Vincent’s patients

Bethune occasionally spoke with him in the chairlift line at Whistler Blackcomb, a mountain resort about two hours north of Vancouver.

“He had a gifted memory. He genuinely took an interest asking about my boys,” Bethune said.

Linda Galasso, another of Vincent’s patients, says she was as charmed by him as she was pleased by his talent as a dental surgeon.

Also see: Testing for COVID-19 antibodies could be a ‘game-changer’ for the economy but it’s still too early to tell

“He was the most caring doctor I’ve ever had,” Galasso said. “He became a facilitator of my health. He said: ‘I know I can help you get better.’ And he did. He gave me hope. This is a tragic loss for our community.”

Galasso, who saw Vincent about three times a year, was surprised to discover during one visit that her patient file contained a detailed and beautiful hand drawing of her bite.

“The care he put into his work was amazing,” she said.

In conversation with office staff, Galasso learned that Vincent drew the bite of each patient and that his approach had inspired many others in his profession.

Vincent also seemed to have an innate sense of what makes any office a great place to work, Bethune said.

“It was him. The staff was lovely and loyal to him. He chose well, they were each personable, positive, upbeat personalities. They were happy to be there and made going to the dentist a reasonable experience.”

Vincent, who died at home on March 22, was among about 15,000 dentists who had recently attended the Pacific Dental Conference.

After his death, friends observed to the media that he was self-isolating, as directed, and that he had avoided going to a hospital for fear of burdening the health care system as a pandemic was unfolding.

Family lawyer, Bettyann Brownlee, reflected on her longtime client’s legacy: “[he will] be greatly missed. In addition to being a gifted dentist, he had a great sense of humor and cared deeply about people.

“He was enormously proud of his sons, who will keep their memories close as they come to terms with the absence of their father from their adult lives.”