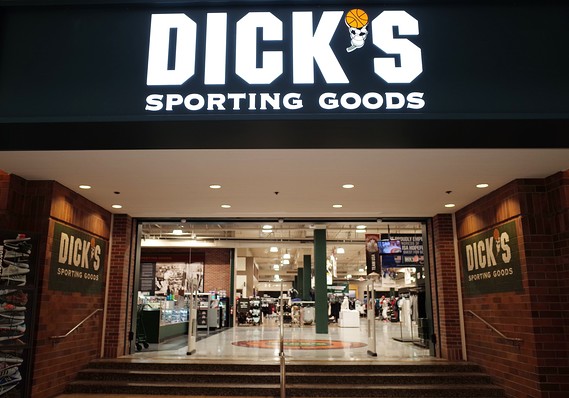 Dick’s Sporting Goods Inc. said that it has eliminated the hunting category, including firearms, from about 125 stores, replacing the merchandise with “categories and products that can drive growth,” according to Edward Stack, the athletic retailer’s chief executive.

The changes were part of a strategic review of the hunting business, including Field & Stream, a subsidiary of Dick’s Sporting Goods /zigman2/quotes/200566298/composite DKS +0.24%  .

In February 2018, Dick’s Sporting Goods raised the minimum age for gun purchases to 21, and said it would cease selling assault-style rifles or high-capacity magazines. The move came in the wake of the mass shooting at Marjory Stoneman Douglas High School in Parkland, Fla., which left 17 dead.

“We feel that we’re enthusiastic about the three main categories of our business - apparel, footwear and hardlines - and even with the continued deterioration in the hunt business and the firearms business, we’ve been able to make up for that in these other categories and we expect to be able to do that through the balance of the year,” Stack said on the earnings call, according to a FactSet transcript.

Dick’s hasn’t revealed how much in sales the hunt category was responsible for, and didn’t give an update of the review.

Gun sellers, including Walmart Inc. /zigman2/quotes/207374728/composite WMT +0.48%  , one of the biggest in the country, have become a focus on the discussion about gun violence following the mass shooting at an El Paso Walmart store on August 3 and a shooting in Mississippi that killed two workers.

Also: Walmart CEO calls for discussion on reauthorizing the ban on assault rifles

Dick’s reported earnings and sales that exceeded expectations and same-store sales growth of 3.2%, which the company said was the strongest showing since 2016.

Dick’s stock is closed Thursday up 3.6%.

Stack said the company saw growth across its three main categories -- hardlines, apparel and footwear -- and a 21% increase in the e-commerce business. The hardlines category includes items like sporting equipment.

Don’t miss: Opinion: How Walmart and other companies could turn the gun debate

“In light of competition from Amazon, Dick’s e-commerce investments, we believe are paying off,” Yanushevsky wrote.

Get news alerts on Dick's Sporting Goods Inc. and Walmart Inc. — or create your own.