Did President Trump jinx this bull market? Twitter just suspended a popular financial blogger calling him out on it

‘After taking a closer look with additional context, we realized the mistake and shouldn’t have taken action here’ 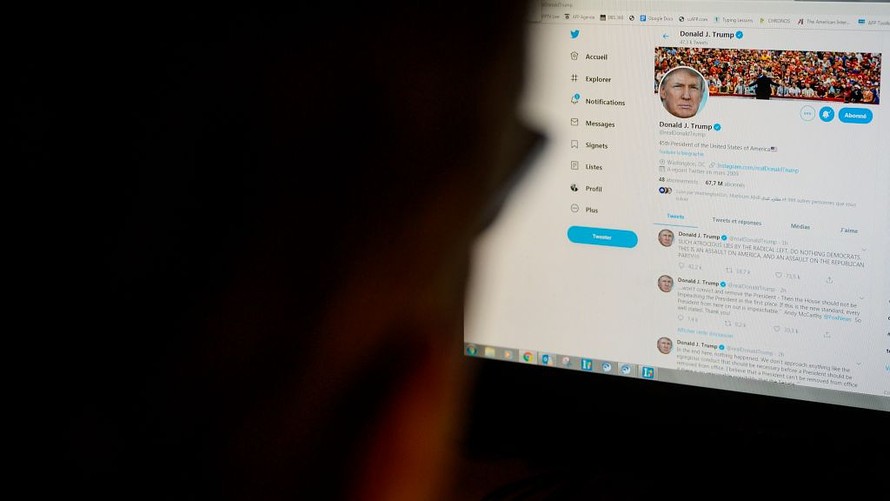 After the stock market’s beat-down on Monday, President Trump fired off this tweet that, to some, may have smacked of desperation:

“The Fly,” a popular Finance Twitter /zigman2/quotes/203180645/lastsale TWTR +2.73% presence who has been known to engage in cyberscuffles from time to time, called out the president by responding in a tweet that “you deserve a crash.”

Twitter did not take kindly to that, and, as you can see from this screenshot, decided to suspend his account for 12 hours: 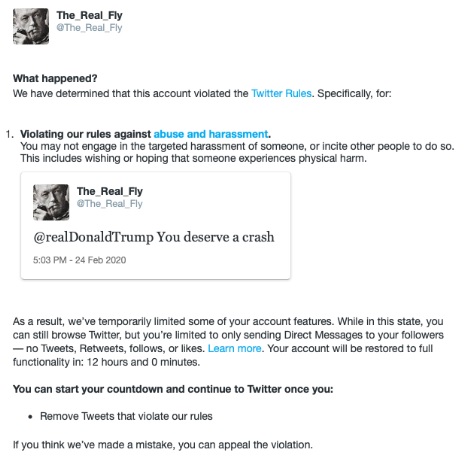 The irony here, of course, is that Trump’s account, the source of plenty of personal attacks, has never been suspended for harassment.

“I really love Twitter, but loathe and despise how it’s operated,” The Fly wrote in a post about the “ridiculous” suspension. “The AI is dumb. If it’s not the AI, then the people who execute bans are more than dumb, but malicious.”

Twitter told MarketWatch that the tweet, at first glance, appeared to be a targeted violent threat, which, of course, violates the rules. “After taking a closer look with additional context, we realized the mistake and shouldn’t have taken action here,” a Twitter spokesperson said. “When working at this scale, mistakes will happen and when they do, we work quickly to correct them.”