A Star Wars-inspired land is under construction at the Walt Disney Co.’s /zigman2/quotes/203410047/composite DIS -3.09%  Disneyland and Walt Disney World resorts, and this is exactly what it’s going to look like:

A detailed model was unveiled at this year’s 2017 D23 Expo in Anaheim, Calif, showing the exteriors of two new attractions, as well as rocky terrain filled with earthen-colored buildings, a restaurant that resembles the Mos Eisley cantina, X-Wings and of course, a replica of the Millennium Falcon. 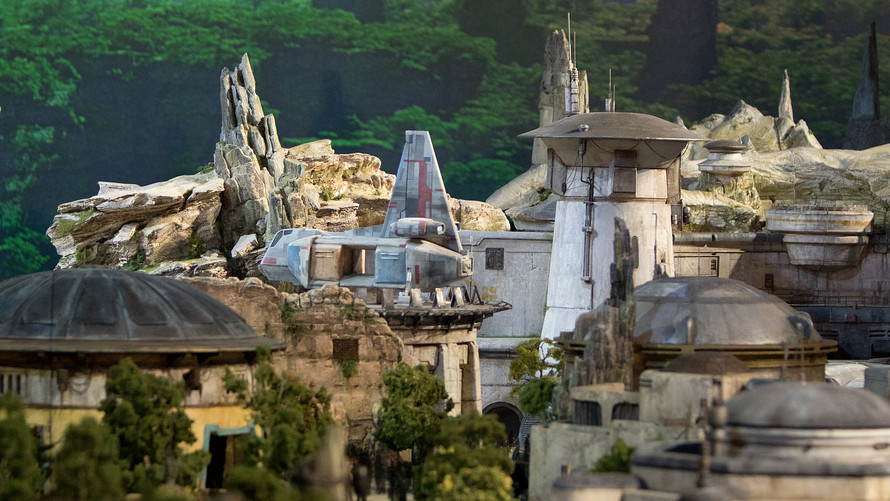 The 14-acre land is based on a never-before-seen planet, according to a Disney news release. There will be two new rides -- one that gives park visitors a chance to pilot the Millennium Falcon, and another that puts the rider in the middle of a battle between the First Order and the Resistance. 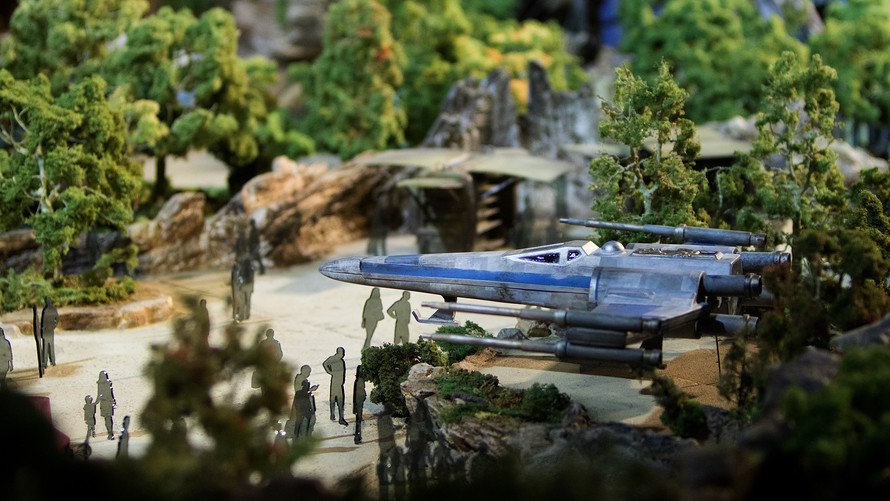 The Star Wars lands are expected to cost about $1 billion each.

Read more: How to take your kids to Disney World for free (almost)

“This is the most ambitious land we’ve built to date,” chairman of Disney’s parks division Bob Chapek said as the model was unveiled. 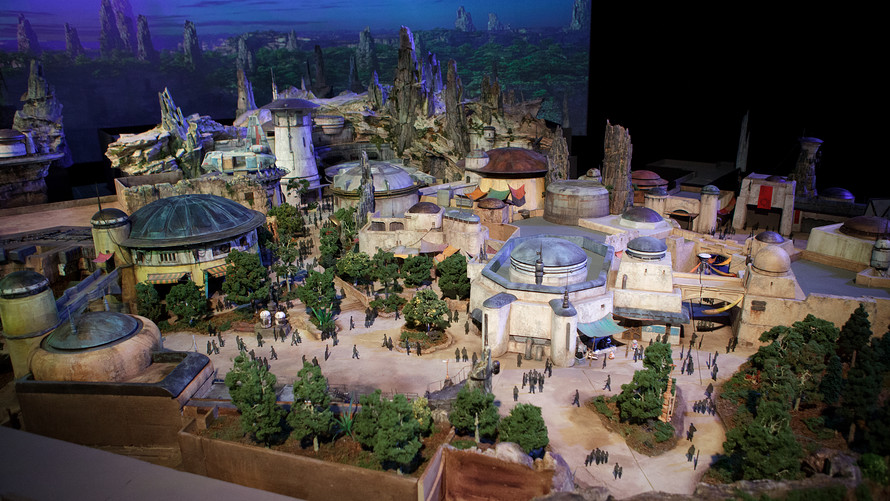 The Star Wars-themed lands will be located in Disneyland park in Anaheim, Calif., and in Disney’s Hollywood Studios in Orlando, Fla. Construction at both parks began in 2016 and the lands are expected to open in 2019. “Star Wars: Episode IX” is also expected to be released in summer 2019. 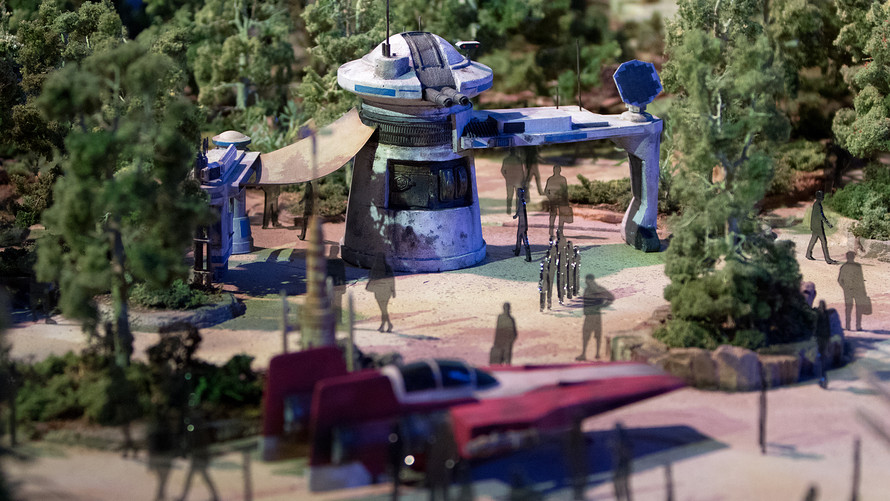 Attendance at nearly all of Disney’s theme parks around the world slipped in 2016, compared with the year earlier, according to a report from independent group the Themed Entertainment Association. The only park that didn’t see attendance fall was Shanghai Disneyland, the company’s newest theme park. 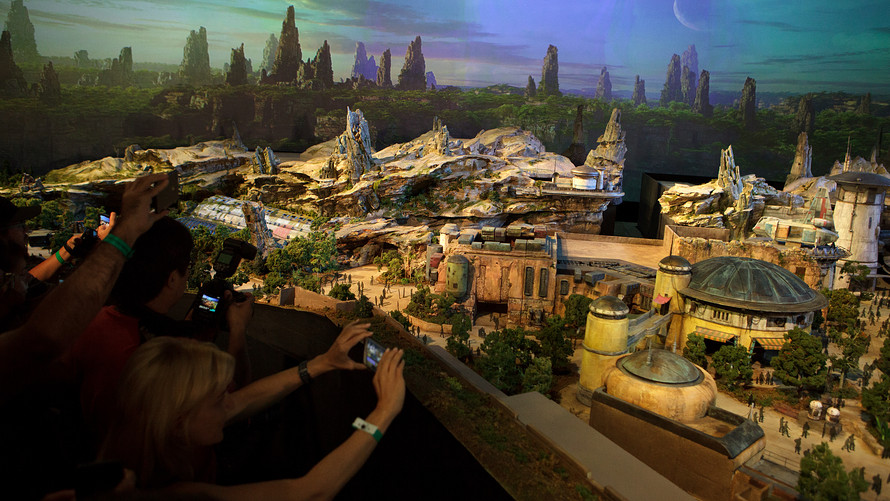