Results come up short of expectations for record-breaking movie profit, more than $21 billion in sales as Disney swallows $70 billion in Fox assets 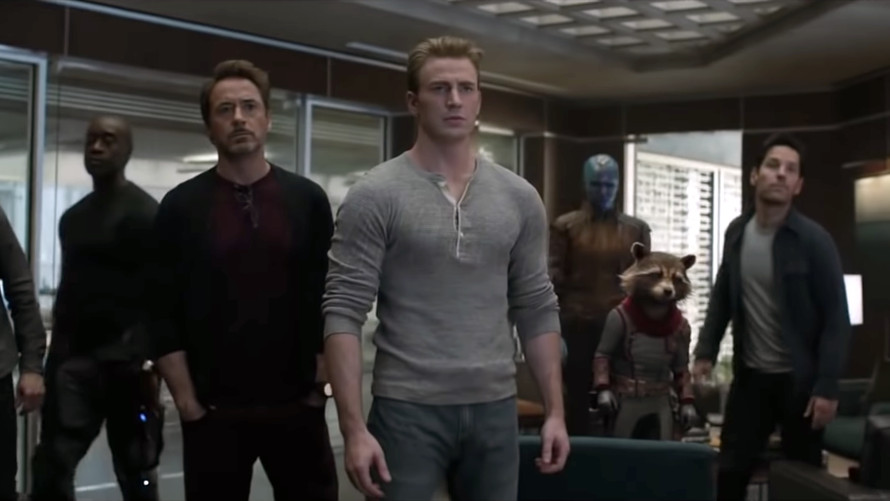 The Walt Disney Co. reported record quarterly revenue Tuesday, but expectations for more broken records failed to materialize as Disney struggled to get a handle on its $70 billion purchase of Fox Corp. assets.

“I’ve been doing earnings calls for a long time, and this is one of our more complicated ones,” Chief Executive Robert Iger summed up at the beginning of a conference call Tuesday afternoon.

Disney /zigman2/quotes/203410047/composite DIS -4.29%  reported fiscal third-quarter profit of $1.76 billion, or 98 cents a share, on sales of $20.25 billion, up from revenue of $15.2 billion in the year-ago quarter. Disney’s previous record for quarterly revenue was $15.37 billion in the final quarter of the 2017 calendar year. After adjusting for restructuring charges and other effects, Disney claimed earnings of $1.35 a share, down from $1.87 a share a year ago and well below expectations. Analysts on average expected Disney to report adjusted earnings of $1.72 a share on sales of $21.45 billion, according to FactSet.

Shares dropped more than 4% in immediate trading following the release of the results, and were down more than 3% after Tuesday’s conference call ended. Disney stock has been trading at all-time highs after breaking records around the opening of the Marvel Studios blockbuster “Avengers: Endgame.” The stock closed Tuesday at $141.87, up 29.4% this year as the Dow Jones Industrial Average /zigman2/quotes/210598065/realtime DJIA -3.56%  — which counts Disney as a component — has gained 10.3%. Disney’s market cap at the closing price topped $255 billion, according to FactSet.

Iger said in the conference call that the integration of the $70 billion acquisition of assets from 21st Century Fox led to the missed expectations. Disney had projected that the new business would take about 35 cents a share off of earnings, but it ended up subtracting about 60 cents a share.

“One of the biggest issues we faced in this quarter in terms of the earnings was the Fox studio performance, which was well below where it had been and well below where we hoped it would be when we made the acquisition,” Iger admitted, while suggesting that inaction as Fox executives waited nearly a year and a half for the deal to close was a factor.

The film business reported revenue of $3.84 billion, with operating income of $792 million, well lower than expectations for record-breaking film profit after the release of “Avengers: Endgame” and “Toy Story 4” in the quarter. Analysts on average expected Disney’s movie business to report operating income of $1.09 billion on sales of $4.37 billion, according to FactSet.

Read also: How ‘Avengers: Endgame’ smashed all the records, in one chart

The film business is not Disney’s largest segment, with its television networks and theme parks producing higher sales totals. Disney reported $6.71 billion in revenue from its TV properties and $6.58 billion from the theme parks, which launched a new “Star Wars”-themed attraction in the quarter.

For more: At Disneyland’s new ‘Star Wars’ attraction, brace yourself for $200 lightsabers and $42 cocktails

The 21st Century Fox assets will weigh on Disney’s TV unit as well, executives said. McCarthy said that the TV assets acquired from Fox Corp. /zigman2/quotes/209921865/composite FOX -3.46%  will produce $200 million in operating income in the current quarter, after producing nearly $500 million in profit in the same quarter a year ago, “due to a combination of factors, including lower program sales and higher content development expense.”

See also: Disney’s new streaming service will only cost $6.99, but will Netflix fans go for it?

Disney also reported $3.86 billion in direct-to-consumer and international sales — the only business that recorded an operating loss, as Disney spends on its coming streaming service to compete with Netflix Inc. /zigman2/quotes/202353025/composite NFLX -2.99%  . Iger revealed in the conference call that Disney plans to offer a bundle of its Disney+, ESPN+ and ad-supported Hulu streaming services when Disney+ launches Nov. 12 for $12.99 a month.