Does the new ‘Ms. Monopoly’ fix or fuel the gender pay gap? 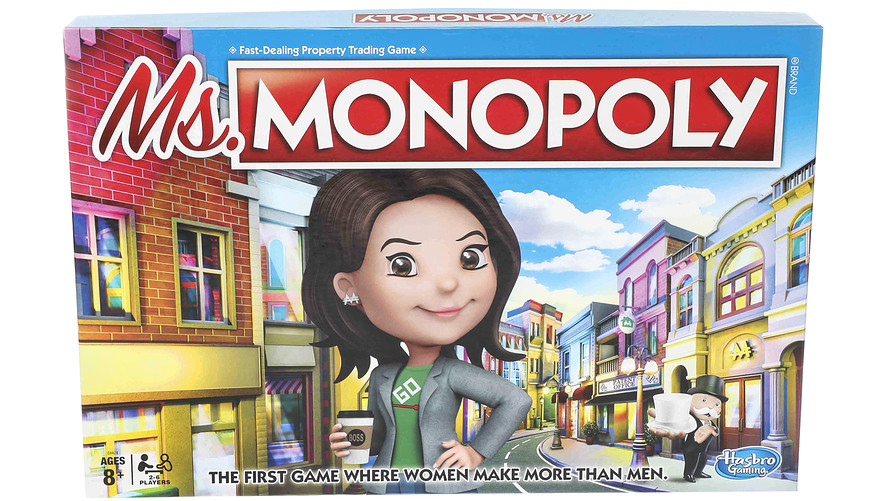 Hasbro
Ms. Monopoly brings a female focus to the iconic board game.

Hasbro is trying to level the playing board with its new “Ms. Monopoly” game, where female players get $240 for passing Go, while men pocket just $200.

But the internet has thoughts, ranging from Twitter /zigman2/quotes/203180645/composite TWTR -2.60%  comments such as “feminism ruins everything,” to one person snarking that the new female Monopoly mascot will “be alone forever. Just like whoever buys this.”

Still others fear that rather than being “woke,” this new game night addition is perpetuating the gender pay gap that it’s meant to address.

Hasbro Gaming /zigman2/quotes/201249319/composite HAS +0.59% has rolled the dice on almost 1,000 variations of the wheeling and dealing real-estate game over the past 84 years, from “Star Wars,” “The Simpsons” and “Game of Thrones” editions, to the kid-friendly Monopoly Junior.

Related: This year’s finalists for the National Toy Hall of Fame include ... the iPhone?

But “Ms. Monopoly” celebrates female investors and entrepreneurs, bumping its monocled Mr. Monopoly real estate tycoon/mascot for Ms. Monopoly, who is described in a press release as “an advocate whose mission is to invest in female entrepreneurs.” (She also rocks a gray blazer and holds what strongly resembles a Starbucks /zigman2/quotes/207508890/composite SBUX +1.27%  coffee cup.)

Buying properties in the game is replaced with funding inventions and innovations developed by women throughout history — including Wi-Fi, solar heating, modern shapewear and chocolate chip cookies. And instead of building houses and hotels, players build business headquarters for these startups. A Hasbro spokesperson told MarketWatch that more than 30 women were involved in “Ms. Monopoly’s” creation.

But what’s getting the most buzz are the revised rules that give female players financial advantages over men. The banker hands women $1,900 at the beginning of the game, while men get $1,500, for example. And female players collect $240 for passing the “Go” square, while males get $200.

It’s meant to reflect the real-life gender pay gap, where women make just 80 cents for every dollar that men earn. It also addresses how much less funding female entrepreneurs receive compared to males, with a paltry 2.2% of venture capital in the U.S. going to female founders. In fact, Hasbro noted in its press release that it has donated about $20,580 in real money to fund young female inventors; the figure represents the amount of total paper Monopoly money included in each game. 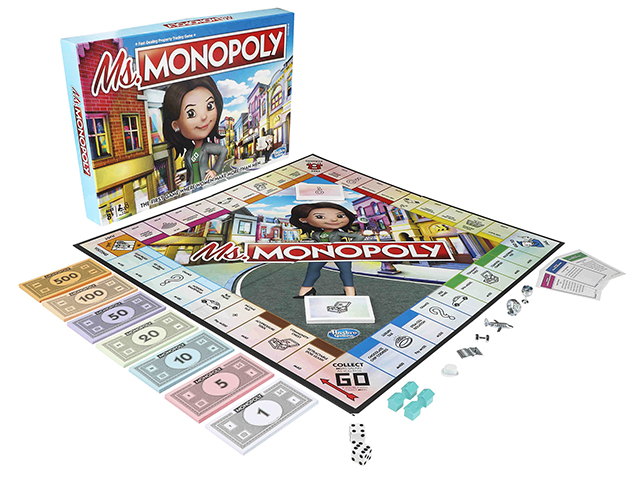 Related: The gender wage gap is much worse than you think

Hasbro explained in its news release that, “Ms. Monopoly is also the first-ever game where women make more than men — a fun spin in the game that creates a world where women have an advantage often enjoyed by men. However, if men play their cards right, they can make more money too.”

Many men and women took issue with that on social media, however, stating that the original game already started with everyone on equal footing, and the man or woman who played their cards right could win the game without any handicaps.

“Wait, is Ms. Monopoly implying that women can’t win a game of Monopoly unless they have an unfair advantage?” wrote one Twitter user. “How dare you insult women this way. They are just as capable of winning a game of Monopoly as any male player.”

And some social media users noted that the original “Monopoly” mastermind was a woman — Elizabeth “Lizzie” Magie, who filed a legal claim for her “Landlord’s Game” more than three decades before Parker Brothers began making “Monopoly” as we know it today.

A Hasbro rep told MarketWatch that these game pieces were “designed to create conversation around gender equality and reward the important role men play in supporting female empowerment. We encourage men and women to play as either role within the game to experience a new perspective. Ultimately, we believe the game and its content embodies a positive message that we hope is embraced by a wide variety of audiences.”

The toy maker also recently raised eyebrows with its satirical “Monopoly: Socialism,” which leans heavily on political humor as players buy into projects such as the “Healthcare For All Hospital” and “Together We Rise Bakery” in lieu of snapping real estate properties like Boardwalk and Park Place. There was also “Monopoly For Millennials” last year, where players were encouraged to find “the hottest destinations” to eat and relax, rather than buying real estate — because as the box said: “Forget real estate. You can’t afford it anyway.”