Here’s another reason to get off the couch during quarantine 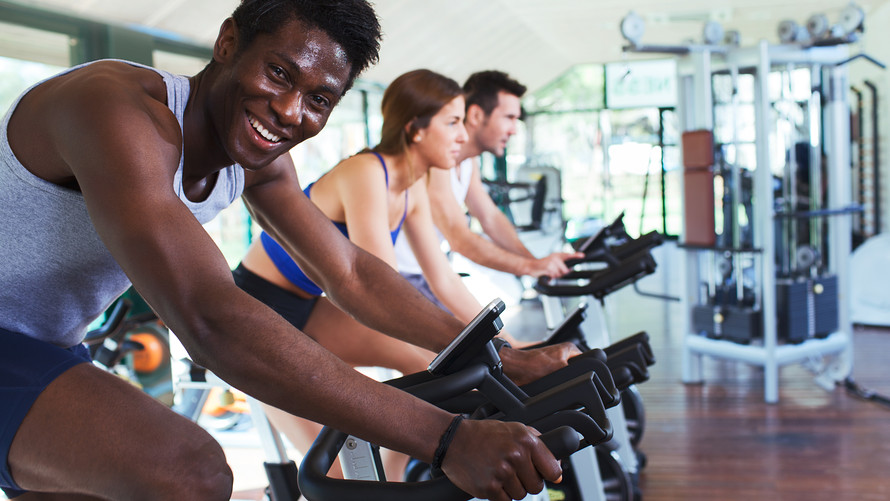 Tempura/iStock
Doing moderate-intensity exercise such as cycling can be a life-saver.

You might not want to sit down for this.

Being sedentary is associated with a much greater risk of developing and dying from cancer, according to a new study published in JAMA Oncology .

But it’s not irreversible: the same study found that getting up for just 30 minutes of moderate-intensity activity a day — like riding a bike — can reduce your risk of dying from cancer by 31%.

Researchers from the University of Texas MD Anderson Cancer Center asked 8,002 American adults participating in the Reasons for Geographic and Racial Differences in Stroke (REGARDS) study to wear an activity tracker during their waking hours for seven consecutive days during the time period between 2009 and 2013. The subjects were all over age 45, and wore an accelerometer on their hips. None of them had cancer at the beginning of the study.

When researchers followed up with the participants five years later, 268 of them had died from cancer. And the data analysis found that the most sedentary among them had an 82% higher risk of dying from cancer compared to the least sedentary subjects, even after the results were adjusted for age, sex and disease status.

Replacing 30 minutes of sedentary time with moderate-intensity physical activity was associated with a 31% lower risk of cancer death.

“From a practical perspective, this means that individuals who replaced either 10 to 30 minutes of sedentary time with either LIPA (light-intensive physical activity) or MVPA (moderate-vigorous physical activity) had a lower risk of cancer mortality,” wrote Dr. Susan Gilchrist, associate professor of Clinical Cancer Prevention and lead author of the study.

There were some limitations to this study, such as the fact that it did not include site-specific cancer data, such as the type of tumor or treatment. But an increasing number of scientific reports have highlighted the dangers of sedentary behavior, or called for Americans to get more active.

The American Heart Association has noted that sedentary jobs that see workers sitting at desks or hunched over computers all day have increased 83% since 1950. John Hopkins report s that physically active jobs now make up less than 20% of the U.S. workforce, which is down from roughly half of jobs in 1960. In fact, the average office worker spends up to 15 hours a day sitting down .

And that was before the COVID-19 pandemic saw many gyms, schools and workplaces temporarily closed across the country, forcing millions of Americans to stay home — and making it easier than ever to spend long periods of time sitting in front of the computer or the TV.

The average office worker spends up to 15 hours a day sitting down.

When the Mayo Clinic analyzed 13 studies on sedentary behavior last year, it found that people who sat for more than eight hours a day with no physical activity had “a risk of dying similar to the risks of d dying posed by obesity and smoking.”

Read more: These 4 diet and lifestyle changes can lower your cancer risk by almost 20%

Research presented at a scientific congress of the European Society of Cardiology last winter also found that women who exercise vigorously have a significantly lower risk of dying from heart disease, cancer and other potentially fatal health problems.