The White House isn’t ruling out another partial government shutdown if an agreement on U.S.-Mexico border-security isn’t reached 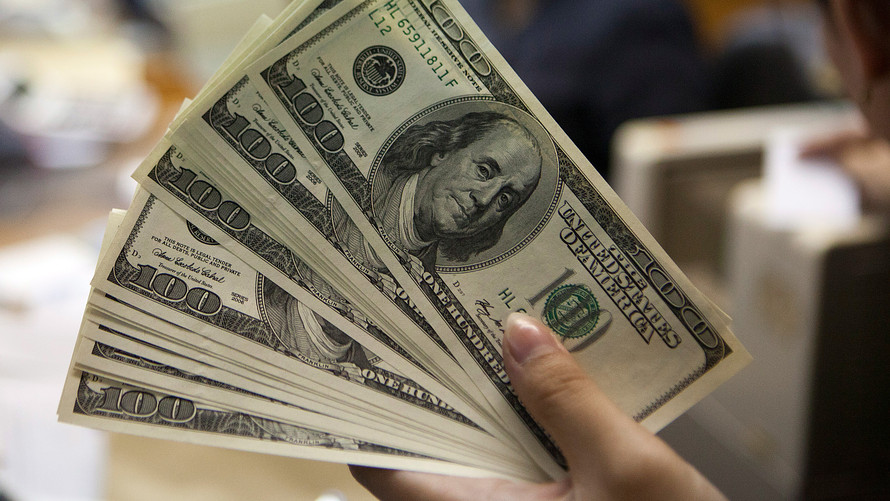 The U.S. dollar added to its recent winning streak, strengthening against rivals across the board, despite the chance of the renewed partial government shutdown looming in the background.

Don’t miss: Why the dollar is back on the rise despite the Fed’s dovish turn

Meanwhile, another partial shutdown of the U.S. government is in the cards, after talks between Democrats and Republicans broke down over the weekend.

Among major currency pairs, the greenback was strongest against the Japanese yen /zigman2/quotes/210561789/realtime/sampled USDJPY +0.0421% , climbing 0.6% to ¥110.41, its best level since late December. Japanese markets are closed for the National Foundation Day holiday on Monday.

This limited liquidity during Asian market hours and hurt the Swiss franc /zigman2/quotes/210561981/realtime/sampled USDCHF -0.1754%  , which fell prey to a mini ‘flash-crash’. The franc since recovered some, while the greenback remained stronger. One dollar last bought 1.0042 francs, compared with 0.9986 francs late Friday in New York.

The British pound was also notably weaker against its U.S. rival, after many economic data further highlighted weakness in the U.K. economy. Gross domestic product for the final quarter of 2018 fell to 1.3% year-over-year, undercutting expectations. Quarter-on-quarter, GDP growth slowed to 0.2%, also lower than expected.

Also check out: How the European economy is raising fresh global growth fears

Business investments were down in the fourth quarter, and construction output and industrial production fell in December. The only data points that outperformed expectations were preliminary fourth-quarter reads of imports and exports.

On the Brexit front, Prime Minister Theresa May is expected to ask Parliament for more time to hammer out her alternative deal. “This would tentatively set up ‘the meaningful vote’ for the end of the month,” said Marc Chandler, chief market strategist at Bannockburn Global Forex.

Elsewhere, Chinese markets are back from the Lunar New Year holiday and the yuan was weaker versus the buck, along with most emerging-markets currencies. The South African rand /zigman2/quotes/210561940/realtime/sampled USDZAR -0.3046%  and Mexican peso /zigman2/quotes/210561814/realtime/sampled USDMXN -0.6511%  were the weakest core EM currencies of the session, with the greenback rallying 1.5% and 1.3% against them, respectively.

Trade talks between the U.S. and China are set to resume in Beijing this week.

“The markets still seem inclined to expect an agreement, even if its not the final word in the rivalry,” wrote Chandler. “Still, it is hard to see a breakthrough unless and until the two presidents meet.”

President Donald Trump last week said he wasn’t planning to meet Chinese President Xi Jinping this month, despite having set a deadline of March 1 to reach a deal.