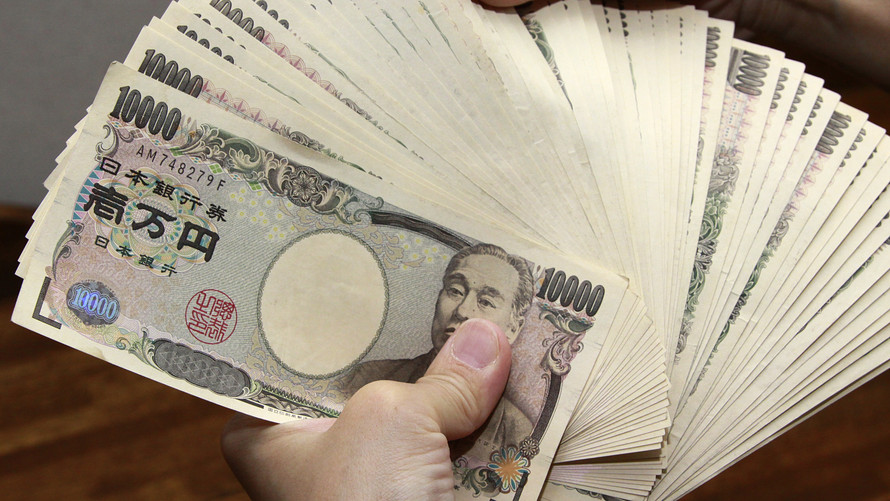 The risk barometer that is the Japanese yen has plummeted on Wednesday, with the dollar surging to a one-month high against Japan’s currency, marking its largest single-session advance since January of 2017.

Overnight, Chinese state media confirmed that North Korean leader Kim Jong Un visited Chinese President Xi Jinping, where he declared that Pyongyang was committed to denuclearizing and starting a dialogue with the U.S.

In response, assets that typically gained during times of uncertainty—such as the yen, which is favored due to its liquidity and other technicals—sold off in response, market participants.

The Korean won /zigman2/quotes/210561429/realtime/sampled KRWJPY +1.0956%  also rallied 2.6% against its Japanese counterpart, jumping to the highest level since early February.

The timing of the yen weakness is key here, analysts said. Ahead of the long Easter and Passover holiday weekend, the positive sentiment is leading to negative carry trades being closed out, which can add to the underlying move in the currency pairs.

Read: Which markets are closed on Good Friday?

“We therefore take profits on long-held dollar-yen and Aussie-dollar shorts and look for a rally to sell into again,” wrote Credit Suisse trading strategists, including Shabab Jalinoos.

“Why do we still retain a longer-term negative bias on G10-yen crosses? For starters, we expect the optimism on trade wars being avoided to be a fleeting mood rather than a permanent fixture,” the Credit Suisse strategists wrote, adding that renewed volatility in the U.S. stock market would also push flows to yen.

Also check out: Here’s what a scandal in Japan could mean for the yen

Morgan Stanley strategists Hans W. Redeker and Gek Teng Khoo, on the other hand, are even looking for a move as high as ¥108 or ¥110 for the greenback.

“Anticipated dollar-yen strength should spill over into other dollar markets once investors start to anticipate that global growth may become less synchronized with the trade tensions, pointing to growth divergence with the U.S. outperforming,” Redeker and Khoo wrote on Wednesday.

Also read: Here’s how dollar fundamentals may have driven the new yuan fix