Domino’s Pizza stock surged 28% this week, and was downgraded at Stifel 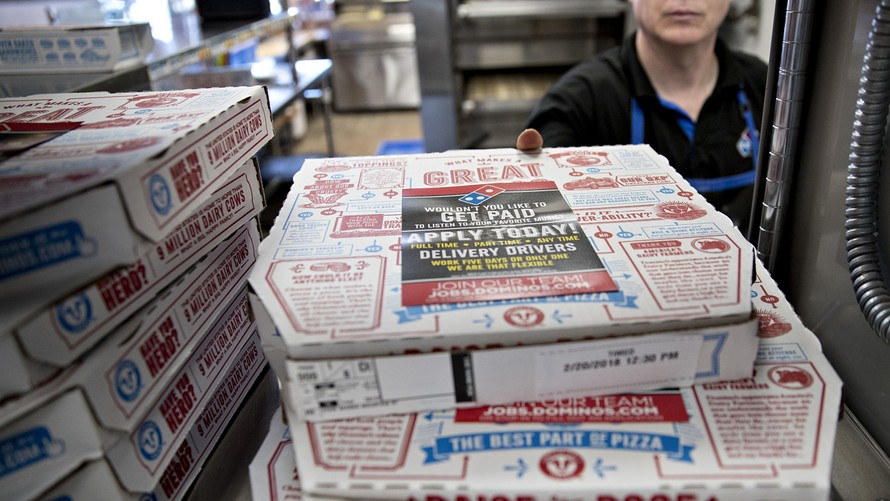 Domino’s Pizza Inc. is hot. So hot that Stifel analysts downgraded the shares to hold from buy.

“Although we remain highly confident in the near- and long-term growth outlook for the company, we believe the expectations likely embedded in the current price create a less compelling risk/reward setup,” Stifel wrote. “We would consider becoming more constructive on pullbacks to the low-to-mid-$300 range.

MKM Partners analysts admit that they “clearly missed the forest for the trees” on Domino’s with their neutral stock rating. However, they maintained it.

“Since shares had their bottom, following the Q3 2019 release… they have outperformed the market by ~40 basis percentage points, leaving long-leaning shareholders victorious all the way home,” MKM’s Brett Levy wrote in a note.

“Strategically, we believe in the company’s course, operationally, they may again be separating from their peers but, on a valuation basis, we do not feel comfortable chasing the shares up there.”

MKM has a fair value estimate of $350 on Domino’s shares.

Still analysts think Domino’s carry-out business will continue on an upward trajectory and maintained their outperform stock rating and raised their 12-month price target to $410 from $310. 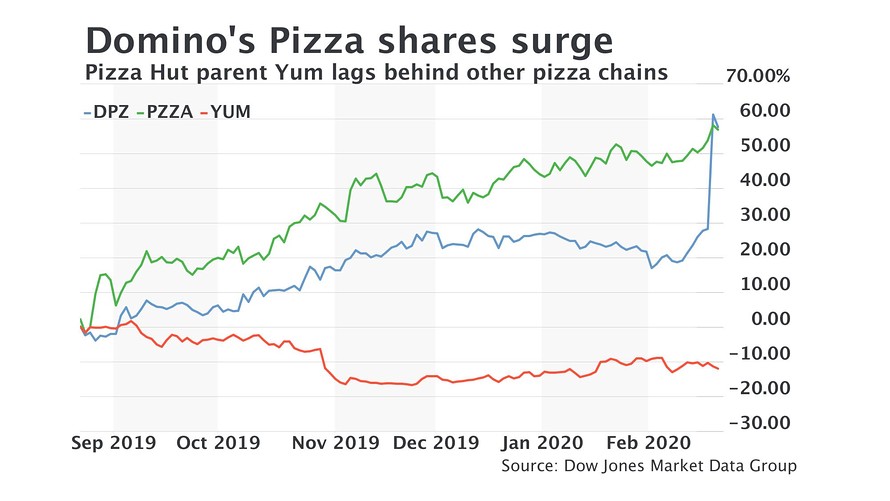 “We view Domino’s financial model as among the most compelling in the publicly-traded restaurants universe,” analysts wrote.

RBC Capital Markets are less wary about what the future looks like.

“With sequential improvement in Domino’s delivery trends in the fourth quarter supporting the narrative of aggregator headwinds potentially plateauing, we see the stage set for top-line improvement in 2020 on continued carry-out strength and innovation,” analyst Christopher Carril wrote.

RBC rates Domino’s stock outperform with a $400 price target up from $337.

“[I]t does appear to us that while we see continued headwinds in delivery that are difficult to forecast, aggregator pressure appeared to level off on our delivery orders in Q4, while carry-out traffic was outstanding during the quarter as our strategy to grow that business continues to pay off,” said Domino’s Chief Executive Richard Allison Jr. said on the call, according to a FactSet transcript.

Domino’s shares retreated on Friday, down 0.3%.

Get news alerts on Domino's Pizza Inc. — or create your own.