Trump creates the greatest economy ever and what does he get? Higher interest rates! 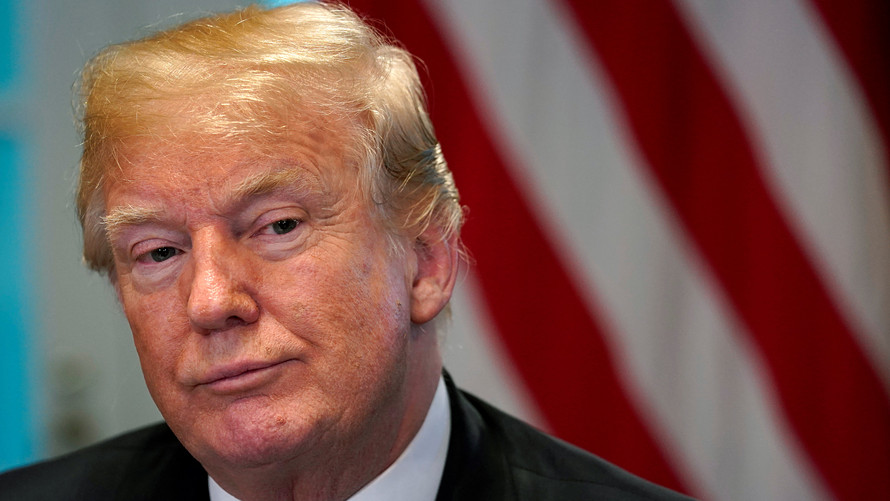 Donald Trump feels sorry for himself. The big beautiful economy and the booming stock market that he created all by himself are threatened by that mean man at the Federal Reserve who’s raising interest rates too fast.

In an interview with The Wall Street Journal, the president says he isn’t happy with Jerome Powell, the chairman of the Fed who Trump appointed last year. Now Trump thinks maybe he backed the wrong guy, because Powell was supposed to be a low-interest-rate guy.

“It’s turned out that he’s not,” Trump says. “He almost looks like he’s happy raising rates.”

“I just don’t like what he’s doing,” Trump says. “And I will let — I will let him know through you because I leave him be — independent.”

Should Powell take that as a threat, the Journal asks? That he’ll be fired if he raises rates again?

But, Mr. President, some corporations are saying that the tariffs with China and all the uncertainty about trade hurt their business. Even Caterpillar (NYS:CAT)   ( which Trump loves like no other ) says its profits will be reduced because it has to pay more for aluminum and steel. Is the trade war a threat to the economy too?

“But I didn’t put tariffs,” Trump says. “Where do we have tariffs? We don’t have tariffs anywhere. I read that today: ‘We’re worried about the tariffs.’ You know what happens? A business that’s doing badly always likes to blame Trump and the tariffs because it’s a good excuse for some incompetent guy that’s making $25 million a year.”

Trump says he can’t compete with Obama’s economic record if the Fed raises rates. “How the hell do you compete with that?” Trump says. “And Obama — remember, this is very important — Obama had zero interest.”

No matter what else happens, Trump has to be seen as being a better president than Obama was.

Barack Obama got low interest rates when he was president, which is why Obama’s numbers were as good as they were (not much!). Just think how great the economy would be doing now under Trump (and it’s the best economy ever, by far) if only the Fed wouldn’t raise interest rates so much.

Obama was a lucky duck, because the economy was falling like a rock when he came in. The economy declined 8.4% and 2 million workers lost their jobs the quarter before he took office. That gave an Obama an advantage because it could only go up from there, says Trump, who inherited an economy that was growing about 2%, with 2.5 million new jobs in the previous 12 months. More recently, the economy grew at a 4.2% annualized rate in the second quarter and a 3.5% pace in the third quarter.

It’s so unfair. “So I have a hot economy going. Every time we do something, he raises rates.”

Even though the economy is the best ever, it can’t handle higher interest rates right now, Trump says. Higher rates will make it harder to buy a house, or a car (or a casino). All that money going to pay higher interest rates could be used to pay down the debt instead, which is totally what Trump would be doing now, because the tax cuts really did pay for themselves, just ask that nice Kevin Hassett if you don’t believe him.

Read: Here’s the reason the budget deficit grew to $779 billion as the economy expanded

It’s just not fair. Obama has an economy that’s in the crapper, and he gets low interest rates. But Trump has the greatest economy ever, the best jobs numbers you ever saw, and what’s his reward? Boom! Higher interest rates!