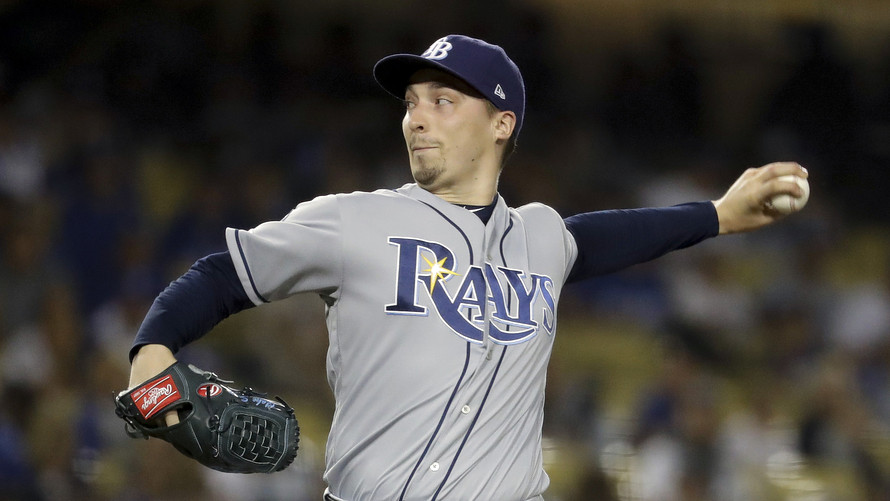 As far as I can tell, the Predictor traces to a 1972 article in the Baseball Research Journal by L. Robert Davids , the founder of the Society for American Baseball Research. On the surface, the World Series Predictor seemed impressive. Davids was no slouch, according to the Society’s website . earned a Ph.D. from Georgetown University, and for a number of years was a technical reports officer for the U.S. government’s Atomic Energy Commission.

Davids based his article on the Predictor’s perfect track record between 1952 and 1968. After his article was published, the indicator added to its mystique by successfully predicting the subsequent two Presidential elections as well, in 1972 and 1976.

Since then, however, the Predictor’s prowess been no better than a coin flip: In the 10 presidential elections beginning in 1980, the winner of the World Series has predicted the election winner only five times. The winner in 2016 (the Chicago Cubs) was a National League team, which mean that Trump should have lost. 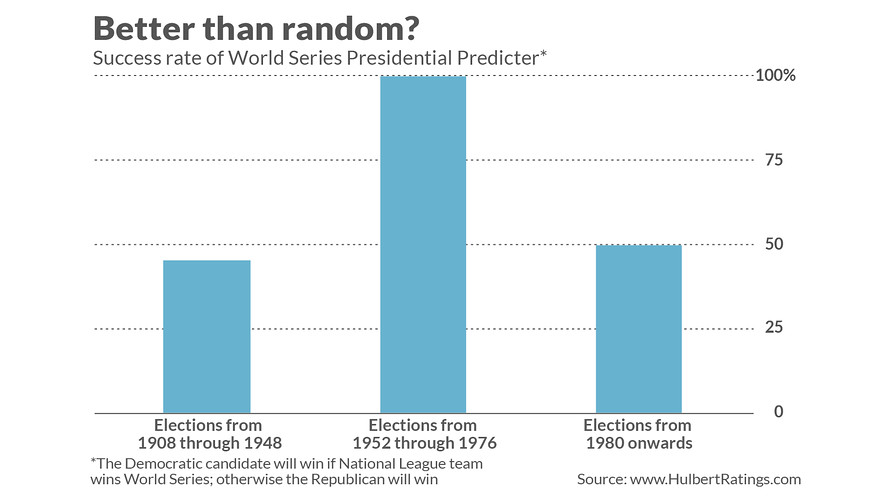 Followers shouldn’t be surprised by the Predictor’s apparent turn for the worse, since it never had any statistical validity in the first place. It’s worth reviewing its history as a cautionary tale of the ways in which we attribute meaning to what in fact is mere randomness.

There were at least two ways in which we could have known that the World Series Predictor wouldn’t work over the long term:

First, a major chunk of the historical record was ignored in order to come up with what appeared to be an uncanny record of success. Notice that Davids ignored the World Series prior to 1952. In fact, in the presidential elections over that ignored period, the measure was right just seven out of 12 times.

Second, there was never any plausible theory for why the winner of the World Series would have anything to do with presidential politics — a dead giveaway that the pattern was bogus. You should never bet on a pattern, even one with apparently good statistics, unless there is a credible explanation for why it should work.

The World Series Predictor is hardly an exception. The statistical literature is filled with cases in which patterns initially appear to have an uncanny record but turn out to be worthless. Examples of such indicators include butter production in Bangladesh , ice cream consumption , and the amount of buried treasure discovered off the coasts of England and Wales .

Furthermore, according to research conducted by Jessica Wachter, a professor of financial management at the Wharton School, and Hongye Guo, a doctoral candidate in finance at that same institution, people in large part can’t help but engage in this practice of attributing meaning to the meaningless. As outlined in their study “ ‘Superstitious’ Investors ,” our psyches find it almost impossible to truly contemplate randomness, instead “discovering” patterns in the data even when none really exist.

And whether we like it or not, most of what happens on Wall Street is random.

This should serve as a warning to all of us that there’s a good chance we’re basing our investment strategies on patterns that are in fact random. Perhaps, if we take this warning to heart, the World Series Predictor will have not been worthless after all.

More: 5 things you need to know about baseball’s ‘pandemic championship’

Plus: Game 1 had the smallest crowd for a World Series contest since 1909