‘Don’t be fooled!’ A 40% drop could hit by next year after this bear-market rally fades, veteran economist warns 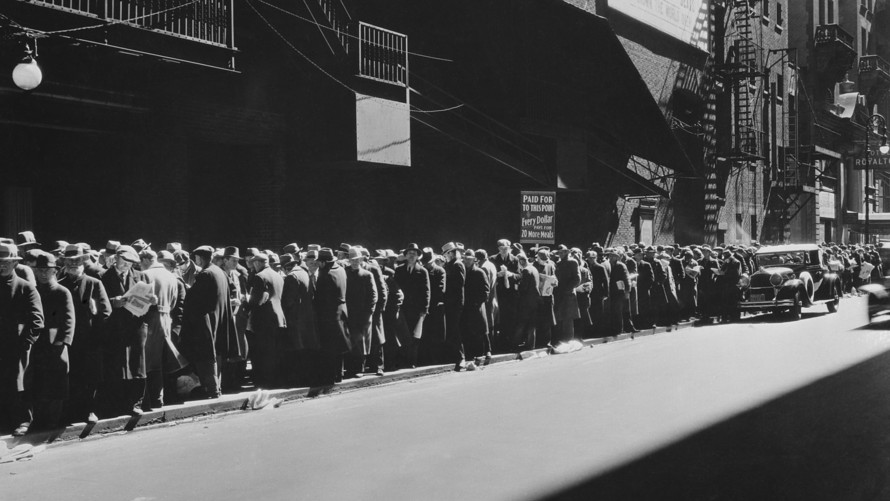 Everett Collection
Are we headed for another Great Depression?

‘Don’t be fooled by the recent rebound in stocks; the investment scene is beginning to resemble the 1929 market crash and the early 1930s Great Depression.’

As you can see from this tweet, Shilling has been sounding this alarm for a while now:

In his Bloomberg piece, Shilling pointed to the 48% plunge in the Dow Jones Industrial Average from Sept. 3 to Nov. 13 back in 1929, a pullback which may have “seemed like a reasonable correction” at the time, since the blue chips had rallied 500% in the eight years leading up to it.

Shilling is concerned we could see something similar unfold in the current market.

Read: Why a ‘return to normal’ could mean disaster for the stock market

He explained that while many economists are looking for a V-shaped rebound to deliver a sharp recovery in the second half of the year, he remains much more skeptical — regardless of how much stimulus the government pumps into the economy.

“Bear markets that accompany recessions last about 11 months, far longer than the recent slump,” Shilling wrote. “The gigantic monthly and fiscal stimulus employed so far, with more to come, are unlikely to offset the massive disruption of the coronavirus pandemic.”

He added that by the time the total decline in stock wealth he believes it will have a major impact on consumer spending, at home and abroad, as a painful recession takes firm hold.

“This pandemic is likely to be the most disruptive financial and social event since World War II with equally long-lasting consequences,” Shilling wrote, citing stark unemployment numbers. “Many will no doubt restrain spending in future years to rebuild savings, especially since the crisis caught them at a time of high debts and short financial reserves.”