Don’t expect big Las Vegas shows soon, but how about some Carrot Top?

MGM executive: ‘We will open some of our smaller showrooms … obviously, that begins to scale a little bit differently when you get to Cirque du Soleil’ 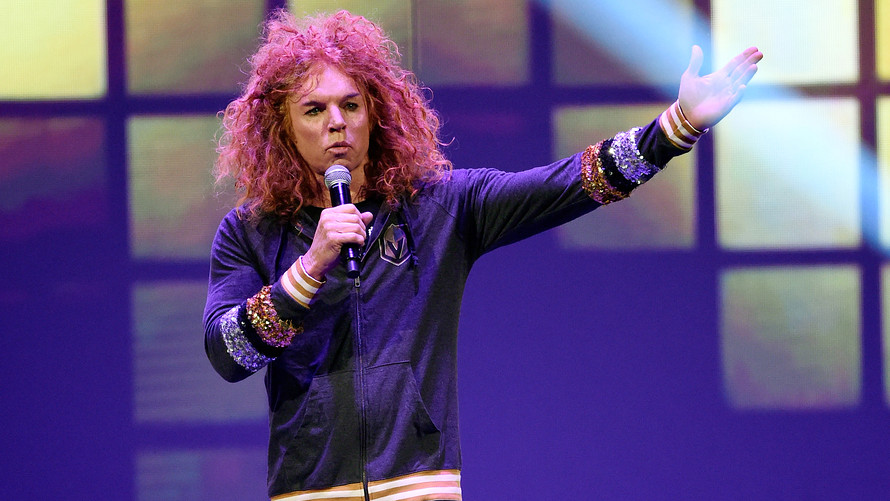 Las Vegas revelers may not see a big casino show for a while, according to MGM Resorts International Inc. executives, but Carrot Top could be a possibility.

‘A Carrot Top, or something that small and intimate, with a one-person show, can be opened and relatively simplistically we can provide the proper protections, etc.’

Comedian Carrot Top’s show at MGM Resorts International’s /zigman2/quotes/209932643/composite MGM +0.66%  Luxor Hotel & Casino is one of the many acts the coronavirus pandemic has forced into hibernation. But MGM COO William Hornbuckle mentioned it Thursday on an earnings call as an example as one of the shows that may reopen first as he laid out the company’s plans to restart operations.

Big shows such as “Cirque du Soleil” aren’t immediately likely to return, and with the possibility of at least some early-season National Football League games being played in empty stadiums, casino executives aren’t expecting spillover from fans who would be headed to Las Vegas’s new stadium for the Raiders.

The company said it operates more than 3.5 million square feet of space in Las Vegas, and will host whatever kinds of events it can fit. That means, at first, smaller shows like Carrot Top’s, coupled with typical casino games.

MGM executives said the company is putting down new carpets at the Park, Aria and MGM casinos in Las Vegas, which is giving the company a chance to reconfigure the floors with the space in mind for social distancing. Some areas where MGM operates may impose limits on the number of people in buildings, and floor maps would be adjusted appropriately.

People want to gamble, Hornbuckle said. Executives pointed out how crowded California’s beaches were last weekend, and a number of other examples of how badly Americans want to have fun again — echoing what Las Vegas Sands Corp. /zigman2/quotes/208792014/composite LVS +0.51%   executives said last week.

Even though there will likely be at least few NFL games without people in Las Vegas, sports betting will pick up as soon as televised events begin, executives suggested.

The fate of Carrot Top’s Las Vegas show remains to be seen. There are a lot of seats for sale beginning July 1, and at the moment people are free to book seats next to one another, according to MGM’s website.

Get news alerts on MGM Resorts International — or create your own.