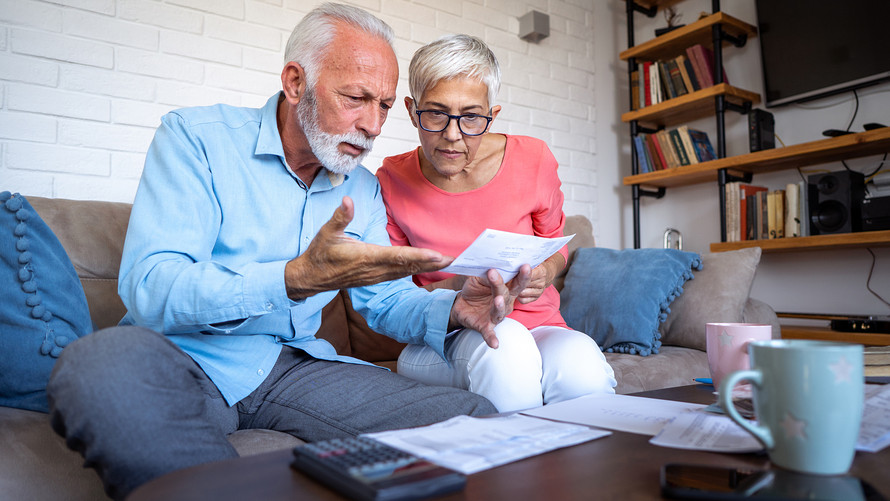 Last November was a bad month for us. My wife went in for major dental work. We broke an expensive iPhone. My Forester needed two new engine seals. Altogether, the bills amounted to thousands of dollars. So much for our frugal retirement budget that month!

Even though we have substantial resources and try to live below our means in retirement, there is something about a large, unplanned expense that pushes my buttons. It’s partly the shock, partly the pain of having to part with a large sum of money and partly the worry that if this one surprised me, what other expensive surprises might lurk down the road?

I’ve been happily retired now for more than eight years, with my wife joining me about six years ago. For the most part, things have gone as planned, or even better. The bull market has continued far past its average. Our portfolio has done well, and smaller amounts of money have trickled in from side hustles and family inheritances.

Our retirement has been about as worry-free as anyone could hope. But there are still events that can send a jolt of fear through my gut. The most common one is this: large, unexpected expenses.

Are these concerns big enough to threaten my emotional or financial security in retirement? No, not really. They don’t keep me up at night. The odds of us running out of money are slim. But they do remain the biggest wild card in our lifestyle, the biggest question mark over whether we’ll live happily ever after, or not.

So, let’s dig a little deeper into the nature of unexpected bills in retirement. There are a half-dozen kinds of surprise expenses that I’ve observed or personally experienced. Some of these may be familiar to you too.

We retired early thanks to two key factors: My high earnings, and my wife’s retirement health insurance benefits. My six-digit salary and our frugal lifestyle resulted in substantial wealth accumulation. But, without health insurance, we couldn’t have afforded the risk of early retirement.

Even though her pension is minimal, my wife worked enough years as a public school teacher to qualify for retirement health benefits. We do have to pay for them, nearly $700 monthly. But it’s good insurance, a group plan with a major insurer, and mostly takes the risk of catastrophic health expenses off the table for us: The family in-network out-of-pocket maximum is $4,750, and out-of-network it’s $9,000. Though, even with our good insurance, overall health-care expenses including insurance premiums have been approaching $20,000 annually in recent years.

Many of you are not so fortunate, of course. It’s a truism that health insurance is the #1 factor keeping many potential early retirees in their jobs. I won’t dig into the issue now because Chris Mamula and I have covered it extensively in many past posts on health care here . It’s sufficient to say that while some strategies are available, there is no simple, slam-dunk solution for the general population of near-retirees to obtain foolproof health insurance in the U.S. now, or on the horizon.

However, even with our good medical insurance, dental costs are a concern. We have no dental coverage. My wife has problem teeth, and we’ve see dental bills approaching $5,000 in recent years, with more such likely to come. The dental insurance I’ve seen available so far is underwhelming, with relatively low annual maximum benefits. A quick search on eHealthInsurance reveals annual premiums in the range of $300-$500 for an annual benefit of $1,000 to $1,500. Not to mention coinsurance and paperwork requirements. It’s just not worth it to us. I’m not afraid of a $1,000 dental bill. I am afraid of a $10,000 one!

What’s the biggest single expense in most of our lives? Buying a home, of course. And so it stands to reason that housing would be one of the biggest potential sources of unexpected expenses.

An aging home, especially if you’re trying to preserve its market value and appeal, is an inevitable source of major surprise expenses. Roofs, gutters, siding, furnaces, air conditioners, appliances, plumbing, electrical, yards. Some of those expenses are in the five digits and hard to plan for. Water and time are the big culprits. No near-retiree owning a high-maintenance home can be completely assured of their annual retirement budget.

Are you a do-it-yourselfer who can handle most maintenance tasks without hiring a contractor? That’s a huge financial asset. But it still doesn’t defray your material costs. And it gets harder and harder to do-it-yourself, as you get older. (I haven’t noticed many 70-somethings working on their roofs.) Even if you’re physically capable of the work, you may not have the time or interest. I’ve done nearly every kind of house repair over the years and enjoyed virtually none of it. Replacing a toilet seal is the last thing I want to be doing at this point in life, and a major reason that we rent in retirement .

Insurance is not much of a solution for home-maintenance expenses either. It is sometimes possible to buy maintenance policies to cover major systems, especially at the time you buy a new home, but when I’ve glanced at the details, they’ve appeared to be poor values, with short terms, high premiums, high deductibles and yet more paperwork.

Then there is property tax, your annual obligation to the local government. A recent chat with a friend from the northeast reminded me that taxes in expensive jurisdictions can easily be triple that of low-tax locations. And you aren’t in control of rates or changes. In general, property taxes don’t skyrocket from year to year, but sometimes political shifts mean they do.

Renting solves much of the potential uncertainty around housing expenses. You won’t (immediately) get hit with big maintenance or tax bills. The great upside of renting is that all your housing expenses are predictable for the duration of your lease. But then there is that significant wild card. Spikes in rent are routine as local economies and housing availability change. Or the property you’re in could change hands. And the cost of moving in search of lower rent is nontrivial.

The second-largest purchase for most people, other than their houses, is the vehicles they drive. Cars are expensive to buy or finance, and expensive to maintain once the warranty runs out. Repairs are unpredictable and can run into the thousands of dollars for major work.

Some people respond to that uncertainty by owning only relatively new vehicles. Or by leasing. Though most analyses, and my real-world experience, indicate that the overall cost of owning and maintaining higher-mileage used vehicles is usually less, to a point. For arguments’ sake, let’s say that vehicles with 30,000 to 150,000 miles are the “sweet spot.”

Unplanned major maintenance is the scary part. Last year a couple of seals started leaking on my Subaru Forester. The repair bill was going to be well over $1,000. And the car was only a few thousand miles out of warranty. Frustrating. After getting the quote from the dealer, I called Subaru’s national customer service line and pleaded my case with an attentive representative. He said he’d see what could be done, and get back to me in a few days. In the end they came up with a 50% cost reduction, credited directly to the dealer. The repair bill still stung, but not so badly.

Totaling a vehicle is another scary prospect. Most of us can’t do without our cars for any length of time. But, depending on your insurance and your liquid assets, it may not be a very big deal. We keep a $1,000 deductible on our auto insurance policies. And sales transaction costs on a new vehicle purchase are often in the $1,000 range. So it actually costs you maybe $2,000 to completely replace a vehicle after an accident. That’s a large unplanned expense, but would be manageable for most middle-income retirees, as long as it doesn’t repeat too often.

Emergency travel, helping out relatives, when there is illness or death in the family, is one of the larger wild cards in our lives. Buying plane tickets, booking hotels, and renting cars on short notice is usually an expensive proposition. I’ve seen bills in the $3,000 range for a family emergency. And it’s not hard to imagine scenarios involving more people or longer time spans where that could go much higher. Fortunately they are usually rare in most families.

It sounds like trivia compared to the major life needs and expenses we’ve just discussed, but certain pricey electronics have become essential to modern life. Many of us own expensive cellphones and couldn’t get through a day without them. Tablets and laptop computers run a close second.

Replacing a cellphone or computer at short notice is typically a $500-$1,000 expense. Yes there are ways to economize. You can choose older models. You can use a lesser known carrier. And that will help. For myself, software was my business, and I’ve always unapologetically owned the fastest and latest models from the largest suppliers. Life is too short to wait on underpowered hardware, in my opinion.