Don’t let the smoke distract from the Tesla fire

Abrupt departure of accounting officer is the real issue, not Elon Musk’s amateurish puff of weed 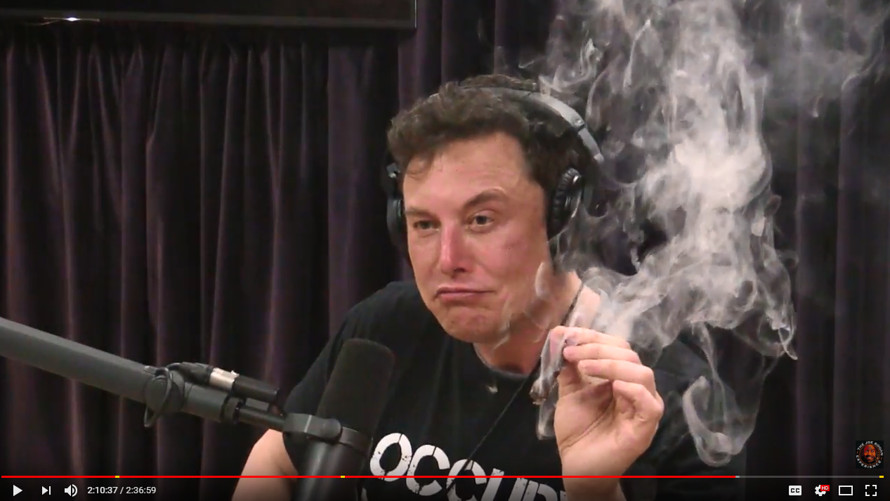 While the media is in a tizzy about Tesla Inc. Chief Executive Elon Musk taking a hit of marijuana during a two-hour plus podcast with Joe Rogan on Thursday night, that is not the problem with Tesla stock on Friday, and shouldn’t be investors’ focus.

The real issue is Friday’s disclosure that Dave Morton, Tesla’s /zigman2/quotes/203558040/composite TSLA -2.48%  new chief accounting officer, had resigned after only one month on the job, citing the level of public attention and pace of work at the company. CNBC reported that Morton resigned after he concluded that Musk was not interested in the accounting details surrounding his impulsive “go private” transaction that he brashly announced on Twitter, without having any “funding secured.”

Morton is the third accounting executive to leave the company in the past few months, amid a slew of other executive departures. Morton’s resignation follows the resignation in March of Eric Branderiz, who joined Tesla from SunPower Corp. /zigman2/quotes/200243424/composite SPWR +6.27%  in 2016 as chief accounting officer, and Susan Repo, who was Tesla’s corporate treasurer and vice president of finance.

That turnover is just in the accounting department — Bloomberg News also reported Friday that Tesla’s head of human resources is not returning from a leave of absence, part of a wave of exits at the company. Tesla has seen so many executive departures in the past year and a half that in April, short seller Jim Chanos told CNBC about his infamous list he has been compiling on the accelerating rate of executive departures.

“Probably the number one sign of impending problems is mass executive departures, I don’t mean one or two people, I mean 30 or 40,” Chanos said. “This is becoming a torrent at Tesla, and we keep this sort of list that is well known, the Tesla executive departure list, it is now two pages single spaced for the last 18 months.”

If Musk is not able to keep and attract good executives at Tesla, then he will be under even further pressure to do more on his own, and the whole take-private fiasco shows what happens when Musk acts without adult supervision. There has been chatter about the need for Tesla to hire a chief operating officer to help Musk run the company, but what competent executive is going to walk into the fire at Tesla and actually manage to tame Musk?

Tesla’s inability to attract and retain executives is a much bigger problem for the company than Musk trying to smoke a little pot — which is legal in California — and apparently failing to inhale. For Tesla, it may be better if Musk gets stoned and chills out enough to allow others to do their jobs.