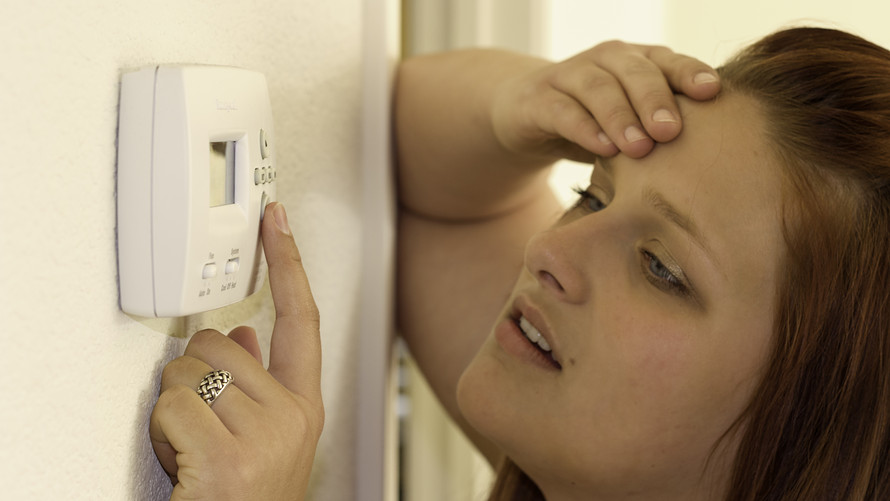 In recent weeks, the National Weather Service issued heat watches and warnings and heat advisories. From Boston to New York to Chicago, the combination of heat and humidity sent heat indices upwards of 100 degrees Fahrenheit. CBS News   reported over the weekend that “30 million people across seven states are in the grip of a sweltering heat weave.”

The bad news: August, typically the hottest month of the year.

Extreme heat kills more than 600 Americans a year on average, according to the Centers for Disease Control and Prevention — so you can hardly be blamed for cranking up the air-conditioning during this heat wave. But depending on where you live, that precautionary measure could cause your electricity bills to skyrocket.

Residents of Sun Belt states typically pay the most to air condition their homes during the summer, with a median cost of $292.90 per home, according to a recent report from home-energy monitoring company Sense . That’s compared with a median cost of $147.82 across most of the country and $95 for communities along the northern border with Canada.

Perhaps unsurprisingly, Arizona leads the nation in terms of air-cooling costs for the summer months ($477). However, New Jersey is the next-most expensive state in the country ($327), thanks to a combination of higher-than-average A/C usage and the high cost of utilities in the Garden State.

Other expensive states for air conditioning include Texas, Florida and Georgia. At the other end of the spectrum, Washington State had the lowest air-cooling costs in the nation, followed by Oregon and Colorado. “If you’re buying your house, make sure you get an estimate of what the expected costs are,” said George Zavaliagkos, Sense’s vice president of technology.

Sense’s report was based on energy data from more than 4,000 customers’ homes, specifically analyzing 1,600 homes with HVAC systems across the U.S. to see how much residents spent to cool their homes between June and August 2018.

While geography plays a major role in determining how much a household will pay on air conditioning, so too does the size of the home. Residents of a 500-square-foot home will pay a median of nearly $68 during the summer months to keep their house cool, whereas people who live in a home larger than 4,000 square feet can expect to pay over $226 over the summer.

Here are some ways consumers can reduce the cost of air conditioning — whether you live in Arizona, New Jersey or Washington.

Check the settings on the unit: Every degree colder you set the A/C will cost you in the long-run, but temperature isn’t the only setting consumers should be concerned about. “Some people leave the circulating fan on all the time,” Sense CEO Mike Phillips said. “The fan itself uses quite a bit of power.” Circulating fans can also cause cool air to leak out of the home, which causes the system to work harder to keep the temperature low.

Regularly checking the settings is also important to ensure the unit is working properly. One consumer reported to Sense that their home’s HVAC unit had malfunctioned and was triggering the back-up heating system (which is meant as a backup on extremely cold winter days) in the middle of the summer.

Change your behaviors at home: Leaving blinds or curtains open when direct sunlight is pouring through a window will raise the internal temperature of the home. Similarly, cooking on the stove inside rather than on a grill outside can drive up cooling costs.

Additionally, keep A/Cs in proper working order by regularly cleaning ducts, replacing filters and ensuring that air flows out of vents without obstruction.

Read more: The No. 1 most reliable appliance brand in America, according to Consumer Reports

Make sure you have the right size unit for your home: An oversized HVAC system will require a lot of power to drop the temperature quickly and may frequently cycle between powering on an off, driving up energy costs. Meanwhile, an undersized air conditioner could be forced to run constantly to keep the home at the desired temperature.

To illustrate this, Sense compared two 1,500-square-foot homes in similar climates. One home has a 240-voltage central A/C system while the other had individual 120-voltage window A/C units. The residents in the first home paid $898 over the summer on air conditioning, while the people who lived in the second house paid just $138.

Replace old air conditioners: Air conditioners degrade in efficiency roughly 5% every year, Phillips said. “If you’ve got a 20-year-old system, it’s probably not working that well anymore,” he said. That inefficiency drives up costs. Moreover, newer units are designed to be more energy-efficient, which will likely bring additional savings.

Have your utility company perform a home inspection: A home-inspection from a utility company is free in most states, Zavaliagkos said. Inspectors can double-check to make sure that the electricity meter is functioning properly and to determine if the air-conditioning unit is running properly. They can check for leaks in the system that could be wasting energy — and money.