Gains for equities come even as gold is approaching its second-highest level in history, near $2,000 an ounce 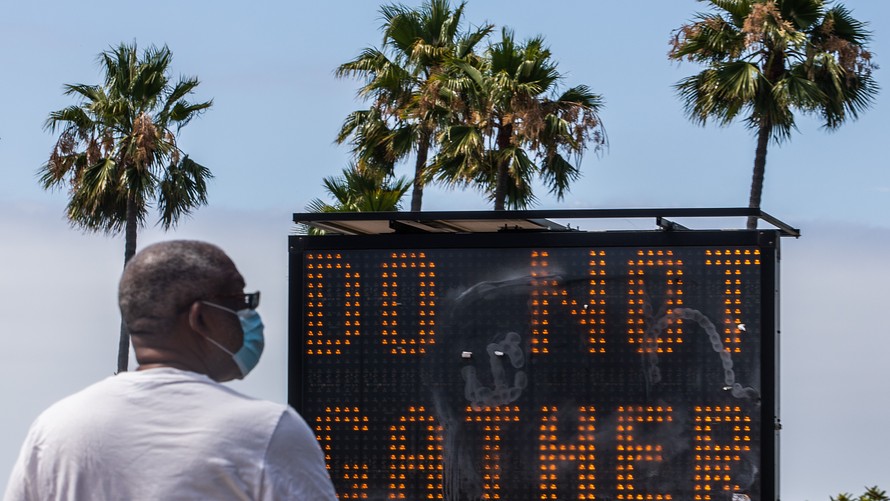 Market sentiment also was encouraged by the promise of additional U.S. fiscal stimulus, after the European Union forged a historic budget package intended to dampen the economic impact of the effects of the COVID-19 pandemic.

Investors staged a tepid rotation to other under-loved parts of the stock market on Tuesday, with buyers scooping up downtrodden shares in banks and oil-and-gas producers, which have been battered during the coronavirus pandemic.

The move come a day after the technology-laden Nasdaq Composite delivered its 28th record close of 2020, with Tuesday’s gains helping to lift the S&P 500 out of a range that it has been trading since early June, experts said.

“The S&P 500 is breaking out of trading range,” Crista Huff, founder of hedge fund Freedom Investment Partners, told MarketWatch. “We are beginning a bull run.” But “clearly we have some massive problems in the economy and there are so many people that are unemployed and 10 or 20 million aren’t going to have an easy time finding a new job,” she added.

Corporate earnings still look dire when considering the sharp hit many businesses have taken during the pandemic, although they are mostly better-than-feared.

“In the cyclical parts of the market, there was pessimism heading into earnings,” said Matt Stucky, equity portfolio manager at Northwestern Mutual Wealth Management, in an interview. But with growing optimism about potential coronavirus vaccines and therapeutics, as well as continuing fiscal and monetary stimulus, Stucky sees a case to be made for downtrodden stocks that have yet to join the Nasdaq at record levels.

While the staying power of the pandemic is unknown, he expects the Federal Reserve and other global central banks to keep their feet “all the way down to the accelerator for awhile, which will permeate into equity prices.”

Early Tuesday, the European Union reached an agreement on a €750 billion ($860 billion) coronavirus rescue fund after four days of intense negotiations among officials from the 27-nation bloc. The recovery package comprises €390 billion in grants and the remainder in loans as a part of a compromise with Denmark, Sweden, Austria and the Netherlands, which had been reluctant to push for a larger package of funds via grants. The leaders also agreed on a multiyear EU budget of over €1 trillion that will run from next year to 2027.

In the U.S., investors were awaiting developments on another fiscal stimulus plan by Congress as a $600 per-week federal unemployment package is set to expire at the end of the month.

The reports come as a number of corporations are reporting second-quarter results, including Coca-Cola Co . (NYS:KO) , which presented results that were better than expected early Tuesday.

“Today, you’re seeing optimism around a potential vaccine and also around further economic stimulus,” said Mike Skillman, chief executive officer at Cadence Capital. “Cyclical industries have seen the most damage from the coronavirus, with revenue down 30-40%, and earnings down even more,” he said. “But there are a few data points, maybe not enough to draw a conclusion, but perhaps signs that we already have seen the bottom.”

On the economic front, the Chicago Fed National Activity Index for June, a composite of 85 indicators, rose to a fresh record 4.11, marking a record high going back to 2000, from a 3.5 in May— representing a level that was raised from the previous May reading. A zero value for the index indicates the national economy is expanding at its historical trend rate of growth. The report highlights that some aspects of the economy are attempting to come off its coronavirus lows.

Joe Biden, the presumptive Democratic presidential nominee, also unveiled an $775 billion plan to revive the economy during the pandemic, called the “21st Century Caregiving and Education Workforce,” with a promise to bring 3 million new jobs to workers, while also helping fortify universal child and elder care in the U.S.

The Senate Banking Committee on Tuesday approved the nomination of Judy Shelton to a seat on the Federal Reserve board of governors, an early supporter and adviser to President Donald Trump, with a controversial record as a gold standard proponent. The committee also approved a second Trump Fed nominee, Christopher Waller, the director of research at the St. Louis Fed, to fill a vacancy on the Fed’s seven-member board.

Germany’s DAX (DEUTSCHE:XX:188658)  finished 1% higher on Tuesday after the EU forged its landmark recovery package, the gains for the index of Europe’s largest economy were helping to erase most of the year-to-date losses for the gauge.

The 10-year Treasury note yield (XTUP:BX:TMUBMUSD10Y)  edged 1.3 basis points lower to around 0.606%. Bond prices move in the opposite direction of yields.

In currency markets, the dollar was softening for a second session this week, off 0.7%, against its six major rivals based on trading of the ICE U.S. dollar index. (IFUS:DXY)