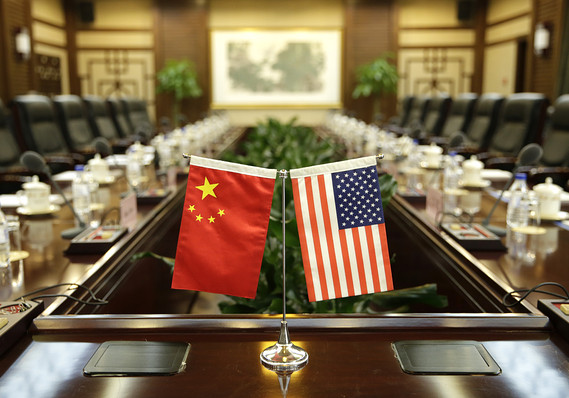 U.S. stocks closed higher Friday, with the S&P 500 and the Nasdaq finishing at five-month highs, as market sentiment was buoyed by encouraging headlines on U.S.-China trade negotiations and Chinese assurances of forthcoming economic stimulus.

Investors digested comments from Chinese Premier Li Keqiang, Beijing’s No. 2 leader after President Xi Jinping, who expressed optimism that a trade deal between China and the U.S. can be achieved that suits both parties.

He said that the parties may be several weeks away from a tariff agreement, but described China as “very responsible and reasonable.” Separately, U.S. Treasury Secretary Steven Mnuchin, speaking to reporters after his Senate testimony in front of a finance committee, said no date had been set for a meeting between Xi and Trump to complete a deal, adding that “there’s still a lot of work to do.”

The New York Fed’s Empire State index fell to a reading of 3.7 in March from 8.8 in the prior month, a near two-year low. Economists had expected a reading of 10, according to a survey by Econoday.

U.S. industrial production rose by 0.1% in February, below the 0.4% increase expected by economists, according to a MarketWatch poll. January’s figure, however, was raised to show a 0.4% drop, rather than a 0.6% decline as previously estimated.

Job openings in the U.S. rose to 7.58 million in January, the third-highest level on record, according to the Labor Department.

Consumer sentiment rose in March to 97.8 from 93.8 in February, according to a preliminary reading of the University of Michigan consumer sentiment index. The reading was above the 95 level expected by economists polled by MarketWatch.