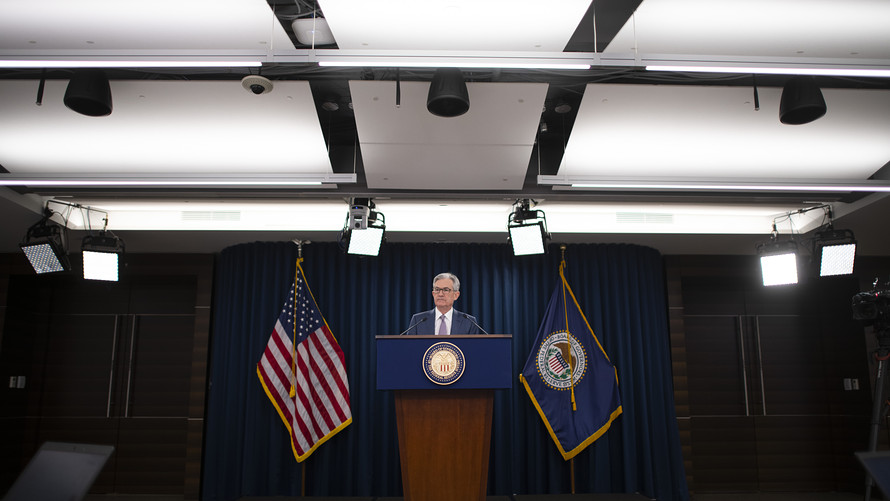 U.S. stocks finished mostly lower Wednesday even though the Federal Reserve pledged to hold interest rates unchanged at near zero through 2022, while keeping up at least its current pace of bond buying to support credit markets through the pandemic.

The Dow and S&P 500 closed lower for a second day, while the Nasdaq Composite booked its first finish above the 10,000 level and set a new intra-day record, led by gains in Amazon, Apple, Alphabet and Netflix.

Stocks mostly ended lower Wednesday, even though the Federal Reserve vowed to hold benchmark rates unchanged at near zero over the next two years, while continuing its bond-buying program, at least at its current pace, to further support credit markets.

The central bank wasn’t expected to make any significant changes to interest rates or its current batch of programs.

“I think this is par for the course for this Fed,” Peter Essele, head of portfolio management at Commonwealth Financial Network, told MarketWatch. “They have been really reluctant to take the punch bowl away from the party. They’d rather let things get overheat.”

Powell said the path of the economy still looks “highly uncertain,” but also that “we are going to learn a whole lot” over the next few months as businesses more fully reopen, during his afternoon news conference.

For the Fed’s part, its policy update included rationale for recent tweaks made to its more than $2 trillion raft of emergency credit facilities to backstop financial markets. The central bank’s briefing also provided insights on the employment front, after Friday’s U.S. jobs report showed that 2.5 million jobs were created in May compared with expectations for more job losses for the month, while the unemployment rate fell to 13.3% from 14.7% in April.

“The key thing people need to understand,” Powell said, is that there remains “a lot of work” to do with millions still out of jobs.

Meanwhile, Fed’s balance sheet has ballooned from about $4 trillion in March to $7.21 trillion as of last week, while its policy interest held steady at a range of 0% and 0.25%.

Check out: May’s surprising job gain dents view that Fed will stay at zero for years

The central bank’s efforts have been widely credited with helping to erase much of the rout in the broader markets brought on by the coronavirus epidemic and efforts to limit its spread.

“The market recovery has moved very fast, very quickly,” said Jason Ader, chief executive officer of SpringOwl Asset Management, but he also views the rally as coming “well in advance of any evidence of a turnaround,” in some industries such as hospitality hard hit by COVID-19.