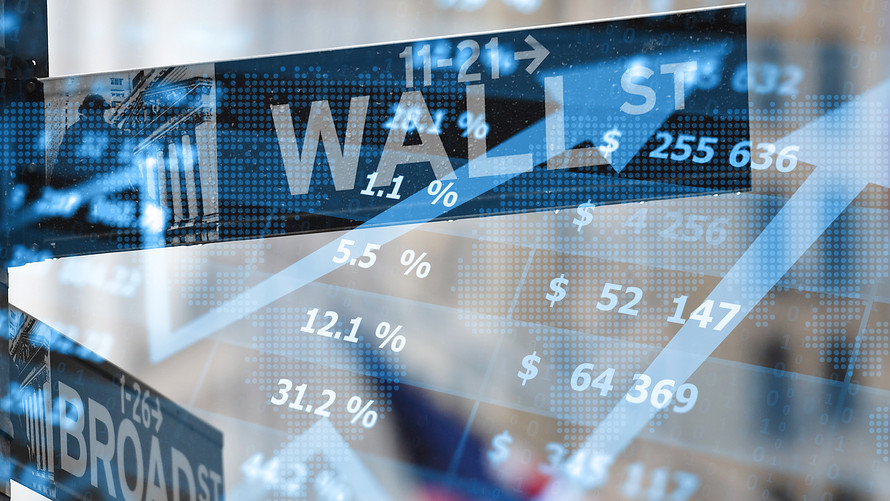 MarketWatch photo illustration/iStockphoto
The stock market wavered in Friday action but continues to be led by technology names.

The S&P 500 posted a new record close after its longest winning streak since the week ending December 27, 2019 when the market rose for five straight weeks, according to Dow Jones Market Data.

How did stock benchmarks faring?

For the week, the Nasdaq Composite gained 2.7%, the S&P 500 added 0.7%, and the Dow was flat, FactSet data show. The S&P 500 posted its longest winning streak since the week ending December 27, 2019 when the market rose for five straight weeks, according to Dow Jones Market Data.

“It’s a grind right now,” said Keith Lerner, chief market strategist for Truist/SunTrust Advisory Services, in an interview with MarketWatch. Lerner calls another round of congressional aid a “when, not if” and expects something to be achieved without too much market drama.

With so much economic data over the past few months having surprised to the upside, there will be a higher bar for positive market reaction to fresh data, he said. Still, his analysis shows that on average, one year after an all-time high, stocks are up 9.2%.

For now, Lerner said, “We are in a seasonably choppier time heading into elections. We might get some consolidation. Until things change you still want to stick with what’s working. Technology, homebuilders, other areas like industrials are starting to look a little better. Don’t force the value trade, wait for confirmation.”

In other economic reports, a report on sales of existing homes in the U.S. rose 24.7% between June and July to a seasonally-adjusted annual rate of 5.86 million, the National Association of Realtors reported Friday. It was the second month consecutively in which the monthly increase was the largest on record, according to the trade group. Compared with a year ago, sales were up 8.7% in July.

“Still, further gains in sales will come more slowly. Mortgage purchase applications stalled in July and August, and going forward, a slow economic recovery and a still-weak labor market will limit the upside for home sales,” she wrote.

However, an ongoing stalemate in Congress on producing another coronavirus financial aid plan and light trading volumes during the seasonally slower August session have contributed to choppy trade over the week.

Meanwhile, health-care news favored bullish investors, with Pfizer Inc . (NYS:PFE)  and BioNTech (NAS:BNTX) saying that they are track to submit a COVID-19 vaccine candidate as early as October, while Johnson & Johnson (NYS:JNJ) said it was beginning the latter phases of its large vaccine trials.

The power of technology stocks reasserted itself this week with the Nasdaq Composite posting its 35th record close of 2020 this week, and Apple (NAS:AAPL)   rose to a new all time high intraday Friday.

On the bearish side of the ledger, a report from Reuters indicated that the U.S. has not confirmed plans to meet with China to check on their adherence to the trade deal signed in January, despite comments from Chinese officials on Thursday.

Democratic presidential candidate Joe Biden is not likely to ease Sino-American tensions either should he be elected in November and may aim to further crack down on the country’s human rights violations, according to a report from the Nikkei Asian Review , which came as the former vice president accepted his party’s nomination for president on Thursday night, casting himself as a salve to a nation wounded by the policies of President Donald Trump.

In health news, the U.S. daily case tally of the coronavirus that causes COVID-19 increased to 46,029 on Aug. 20, according to New York Times Data , as there were at least 1,042 fatalities, the third-straight day that the death toll topped 1,000. As of Friday morning, the U.S. remained first globally with 5.58 million cases and 174,290 deaths, according to Johns Hopkins University data , has was still third in the world with 1.95 million recovered.

How did other markets fare?

December gold futures (NYM:GCZ20)  seesawed through the day, settling less than 0.1% higher, at $1,947 an ounce on Comex on concerns about demand, and marking its second straight weekly decline. The U.S. crude benchmark (NYM:CL00) declined 1.2%, with the most-actively traded October contract falling 48 cents to settle at $42.34 a barrel on the New York Mercantile Exchange.

In currencies, the greenback was up 0.5% against its major rivals at 93.28, based on trading in the ICE U.S. Dollar Index (IFUS:DXY) .

See: Is the stock market more important to the economy than the $600 unemployment benefit?