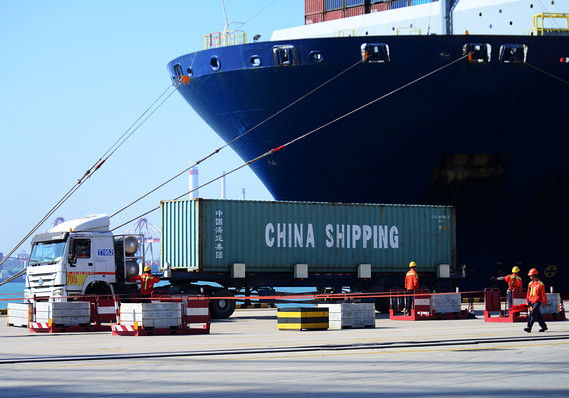 Reuters
A trade deal for real?

U.S. stocks surged to new records Thursday propelled by reports the U.S. and China had reached at trade deal to avoid new tariffs due on Sunday, and roll back existing levies, in exchange for purchases of American agricultural products.

The president said on Twitter Thursday that the U.S. and China were nearing a “big deal” that could avoid fresh tariffs, planned to go in effect Dec. 15, and potentially roll back some existing duties, sending U.S. stocks within reach of record levels.

Stocks retreated from those intraday records, but again drifted higher after Bloomberg reported that an interim “phase-one” agreement had been reached, and awaited signature from the White House.

An earlier report from the Wall Street Journal indicated U.S. trade negotiators had offered to cancel new China tariffs and reduce existing levies on Chinese goods by up to 50% on $360 billion worth of imports.

“This has become a buy high, sell higher market, and today’s strength is related to a U.S.-China trade deal that seems to be coming together,” Terry Sandven, chief equity strategist at U.S. Bank Wealth Management, told MarketWatch.

Similarly, on Thursday the European Central Bank decided to keep its main deposit rate at negative 0.5%, while maintaining its rate of asset purchases at €20 billion a month, as widely expected by analysts. The ECB meeting was the first presided over by new President Christine Lagarde.

“We’re in an easy money environment, thanks to Jerome Powell, Christine Lagarde and central bankers around the world,” said Yousef Abbasi, director of U.S. institutional equities and global market strategist at INTL FCStone, in an interview.

In the U.S., “We’re not going to get any hikes in 2020 and at least for the first half of next year, the Fed is going to be buying assets hand over fist,” Abbasi added. The New York Federal Reserve said on Thursday it would step up the amount of funds it would inject into the multi trillion dollar repo market to help investors get through the end of year period, when banks are less willing to lend out their cash.

Meanwhile, the U.K. is holding a general election on Thursday which will play a crucial role in determining the course of its plans to exit from out of the European Union. Recent polling figures indicate Prime Minister Boris Johnson’s Conservative Party is most likely to win, but his lead has narrowed over the rival Labour Party, injecting some doubt into the outcome. Results are expected late Thursday New York time.