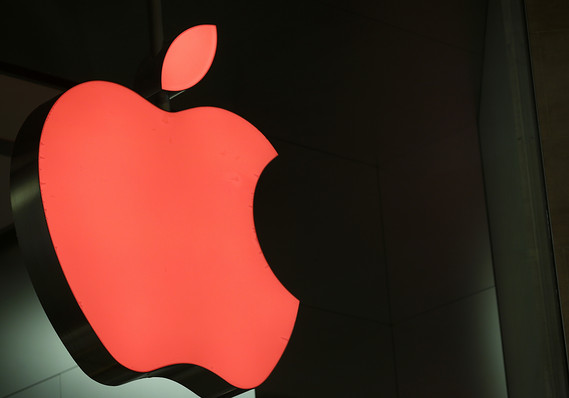 Apple’s weakness was weighing on investors’ confidence, which had already been battered by oil’s abrupt decline in recent days.

Apple /zigman2/quotes/202934861/composite AAPL -2.27%  extended losses for a fifth day to $186.80 a share, about a buck away from $185.65, which is bear territory, defined as a decline of at least 20% from a recent top. By dint of its lofty market value and share price, the iPhone maker has been a key proxy for investment sentiment and momentum on Wall Street because the Nasdaq and S&P 500 index are market-capitalization-weighted gauges, while the Dow is a price-weighted index.

Meanwhile, CNBC reported that Rep. Maxine Waters, who is slated to take over the House Financial Services Committee when the new Congress convenes in January, has suggested that she will rein in deregulation in the banking sector.

“Make no mistake, come January, in this committee the days of this committee weakening regulations and putting our economy once again at risk of another financial crisis will come to an end,” she said.

In Europe, the U.K.’s exit from the European Union is entering the final stretch after Prime Minister Theresa May secured cabinet support for the Brexit proposal she had ironed out with the bloc.

On the trade front, investors have been dealt conflicting views from the Trump administration, with National Economic Council Director Larry Kudlow taking issue with comments made by Peter Navarro, Trump’s trade adviser, who said “globalist billionaires” are ratcheting up pressure on the White House to end its standoff with China on trade issues.

The public disagreement between the two White House officials raises questions about the negotiating strategy between China and the U.S. in testy tariff talks.

Late Tuesday, Bloomberg News reported that the Trump administration will hold off on imposing tariffs on auto imports — for now .