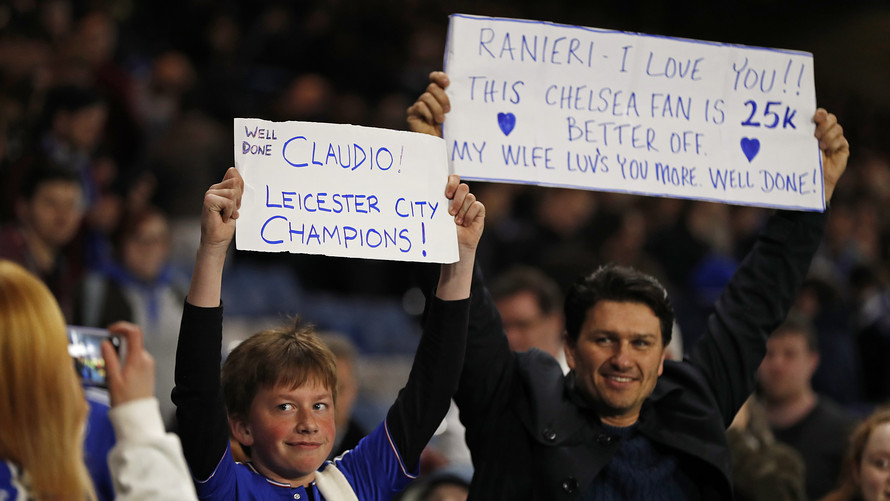 Reuters
Fans at Monday match between Chelsea and Tottenham Hotspur at Stamford Bridge in London pay tribute to Leicester City manager Claudio Ranieri, who managed Chelsea a decade ago.

Diehard American sports fans, of course, will have as hard a time believing that a tie game in any sport, let alone soccer, can be dramatic as Premiership devotees — and the bookies who had Leicester, nearly a relegation victim a year ago, as a 5,000-to-1 shot at season’s start — will have wrapping their heads around the crowning of so unlikely a league champion, as recent moments’ tweets ably demonstrate: