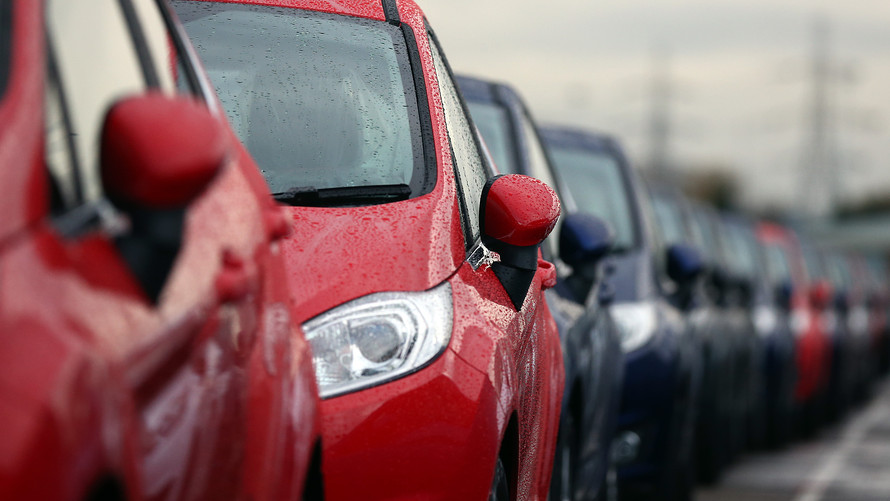 Sure, Ford Motor Co. /zigman2/quotes/208911460/composite F -1.13%   pickup trucks may be fixtures of American roads everywhere, but drivers in some of the largest U.S. cities seem to be far more bent on foreign cars than U.S. brands.

Two cities in the San Francisco Bay Area, despite their penchant for U.S.-made Tesla Motors Inc. /zigman2/quotes/203558040/composite TSLA +1.33%  electric cars, are at the bottom of a list of cities where car buyers choose American brands.

In San Jose, Calif., only one out of 4 cars is an American brand, according to data from YourMechanic. The percentage is only slightly higher in San Francisco, where 27% of the cars are from an American brand. Bridgeport, Conn., New York City, and Boston round out the bottom five cities for American cars. 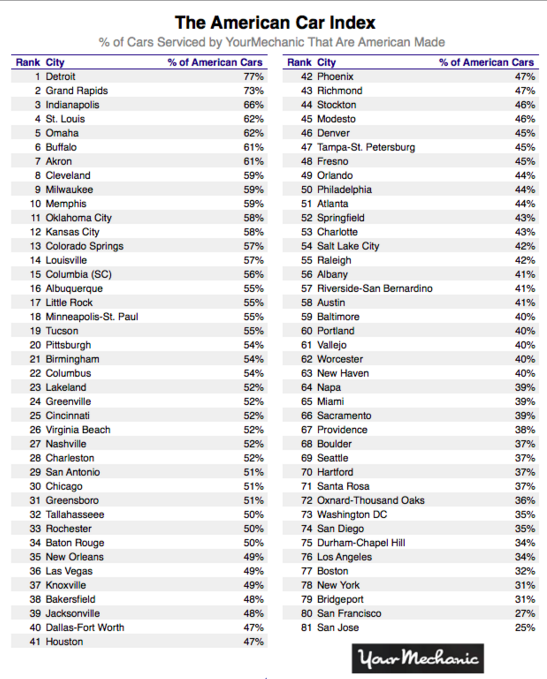 YourMechanic, a Mountain View, Calif. startup , connects car owners with independent mechanics who take care of maintenance and repairs at the customer’s home or office. The company says it serves more than 700 U.S. cities.

YourMechanic said it mined its database of cars it has serviced along with their location to get its comparisons.

“When it comes to buying American, the Midwest region reigns supreme,” YourMechanic wrote on its blog . More than half of the top 20 cities on the company’s list are in that region, with Detroit, naturally, the No. 1 — nearly 80% of the cars YourMechanic has serviced in Detroit are from American brands.

The company also came up with a map and table showing the most unusually popular make and model by select cities -- so, not which cars are most common overall, but which cars stand out as uniquely popular in each market.

The best-selling automobile in the U.S. for decades is Ford’s F-150, but there’s only one city in YourMechanic’s biggest markets where that vehicle is also the most unusually common: Oklahoma City. 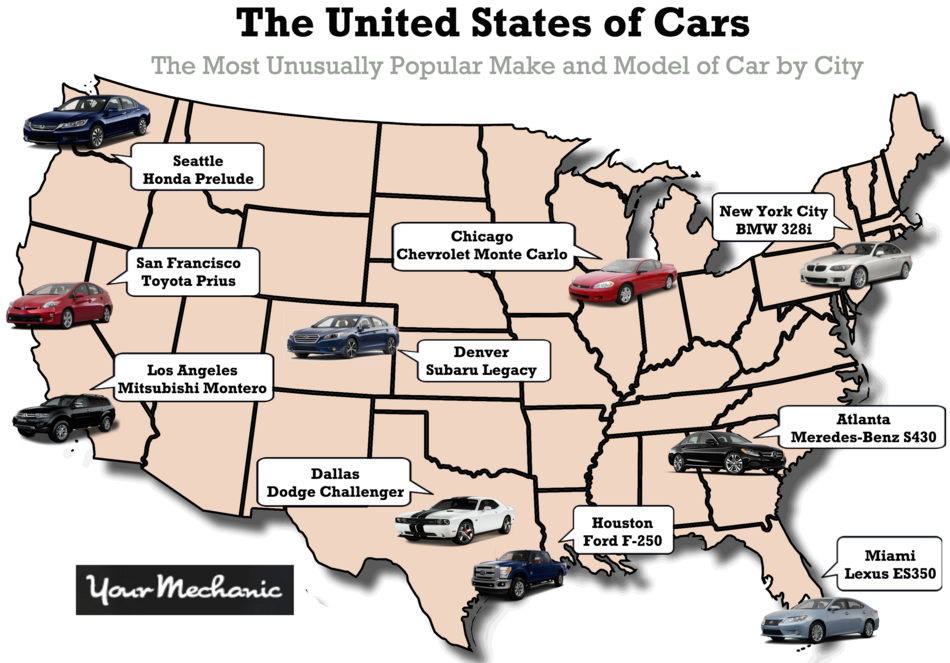 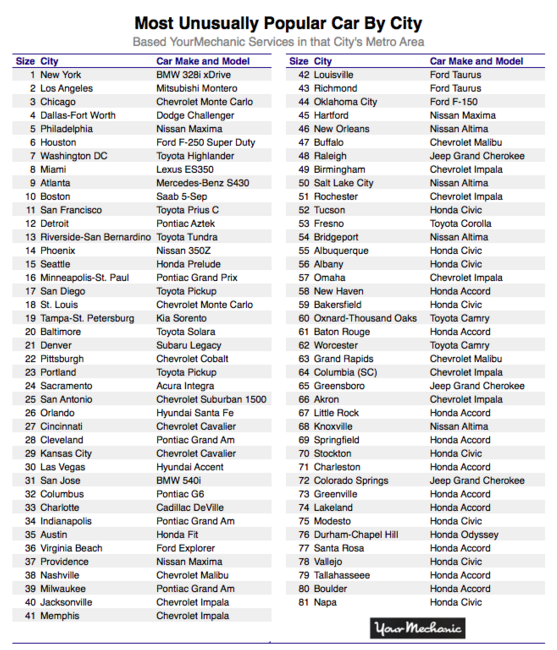 Get news alerts on Ford Motor Co. and General Motors Co. — or create your own.