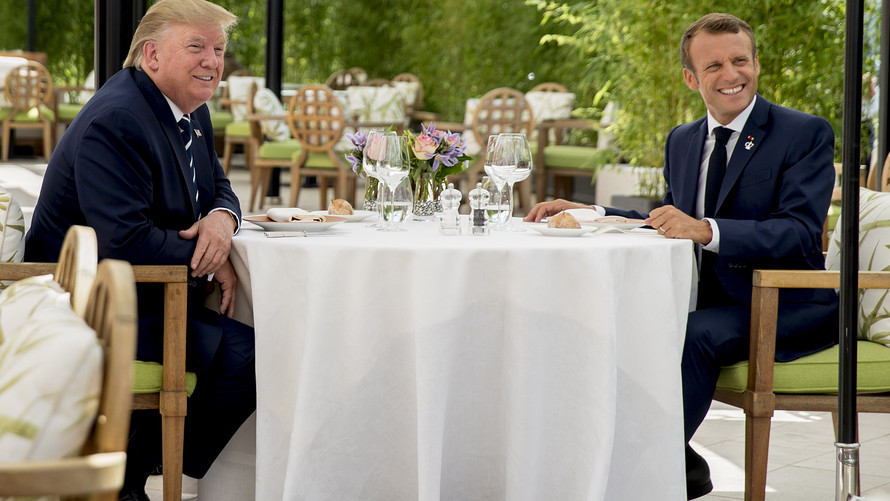 Under the threatening clouds of a global economic slowdown, President Donald Trump is confronting the consequences of his preference to go it alone, with low expectations that the leaders of the richest democracies can make substantive progress on an array of issues at their summit in France.

The meeting of the Group of Seven nations — Britain, Canada, France, Germany, Italy, Japan and the U.S. — in the beach resort town of Biarritz comes at one of the most unpredictable moments in Trump’s presidency, when his public comments and decision-making increasingly have seemed erratic and acerbic of late.

Trump, who arrived Saturday, and his counterparts are facing mounting anxiety over the state of the world economy and new tension on trade, Iran and Russia. Trump, growing more isolated in Washington, might find a tepid reception at the summit as calls increase for cooperation and a collective response to address the financial downturn. He did engineer a late change to the summit agenda, requesting a working session on economic issues.

The economic warning signs, along with Chinese’s aggressive use of tariffs on U.S. goods, are raising the pressure on Trump and his reelection effort. He intends to push allies at the summit to act to promote growth.

But Trump’s credibility as a cheerleader for multilateralism is in doubt, given that he has spent the first 2½ years in office promoting an “America First” foreign policy that relying on protectionist measures. Traditional American allies have come to expect the unexpected from this White House; increasingly they are looking elsewhere for leadership.

Only hours before his arrival in Biarritz, Trump had threatened anew to place tariffs on French wine imports to the U.S. in a spat over France’s digital services tax; the European Union promised to retaliate. That was the backdrop for a late addition to his summit schedule — lunch with French President Emmanuel Macron outside the opulent Hotel du Palais.

The summit host said the two men were discussing “a lot of crisis” around the world, including Libya, Iran and Russia, as well as trade policy and climate change. But he also echoed Trump’s calls for Europe to do more to address the global slowdown, including by cutting taxes. “When I look at Europe, especially, we need some new tools to relaunch our economy,” Macron said.

Trump insisted that despite tensions, he and Macron “actually have a lot in common” and a “special relationship.” In a later tweet, he said: “Big weekend with other world leaders!

Trade was clearly on Trump’s mind when he left for France. Trump declared that U.S. businesses with dealings in China are “hereby ordered” to begin moving home. There was no immediate explanation of what he expected or what authority he had to make that happen. He also imposed higher tariffs on Chinese imports.

Earlier, he had made light of a sharp drop in the financial markets in reaction to his latest trade moves. His tongue-in-cheek tweet speculated that the Dow’s plunge could be tied to the departure of a lower-tier candidate in the race for the Democratic presidential nomination.

In recent days, Trump has sent mixed signals on a number of policy fronts. At one point, he moved to simmer the trade conflict with China in order to ease the impact on American consumers during the holiday shopping season. At another, he flip-flopped on the need for tax cuts to stimulate an economy that Trump publicly insists is rocketing.

Feeding Trump’s anxiety, aides say, is his realization that the economy — the one sturdy pillar undergirding his bid for a second term — is undeniably wobbly.

Trump planned to press leaders about what can be done to spur growth in the U.S. and abroad, as well as to open European, Japanese and Canadian markets to American manufacturers and producers. Trump has imposed or threatened to impose tariffs on all three markets in his pursuit of free, fair and reciprocal trade.

Trump arrived on Air Force One after changing airplanes in Bordeaux, on account of the shorter runway in Biarritz. His motorcade passed through barricaded streets on his way to the heavily secured summit site. Some residents looked on from windows overhead.

The annual G-7 summit has historically been used to highlight common ground among the world’s leading democracies. But in a bid to work around Trump’s impulsiveness, Macron has eschewed plans for a formal joint statement from this gathering.