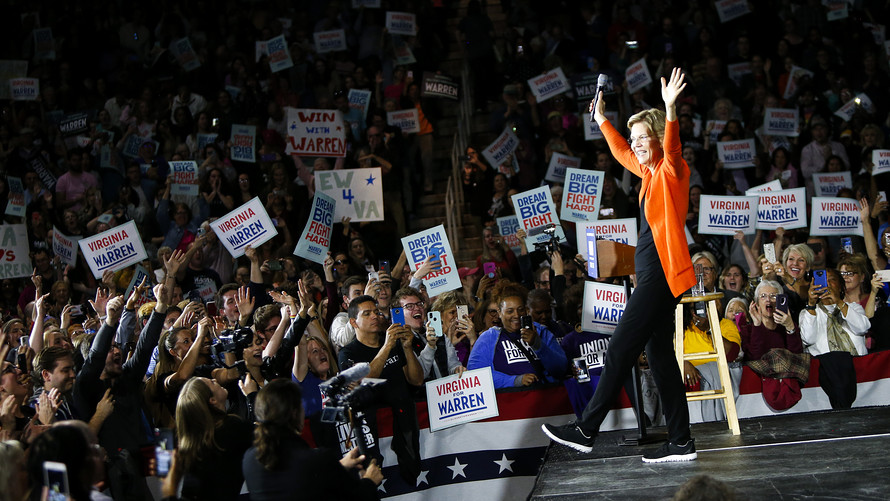 The Virginian-Pilot via AP
Democratic presidential candidate Elizabeth Warren addresses the crowd during her town hall meeting in Norfolk, Va., on Friday.

INDIANOLA, Iowa — Democratic presidential contender Elizabeth Warren says she’ll release details on how she’d pay for her “Medicare for All” plan in “the next few weeks.”

The Massachusetts senator came under criticism from her opponents during last week’s Democratic primary debate for refusing to say whether her plan would raise taxes on the middle class to pay for expanding Medicare to the entire nation.

At a campaign event in Indianola, Iowa, on Sunday, Warren said: “What I see is that we need to talk about costs.”

She says she’ll outline those costs and how to cover them soon.

Democratic rival Bernie Sanders has acknowledged that his plan to expand Medicare to everyone would require higher taxes on the middle class while eliminating most health care expenses for the public.