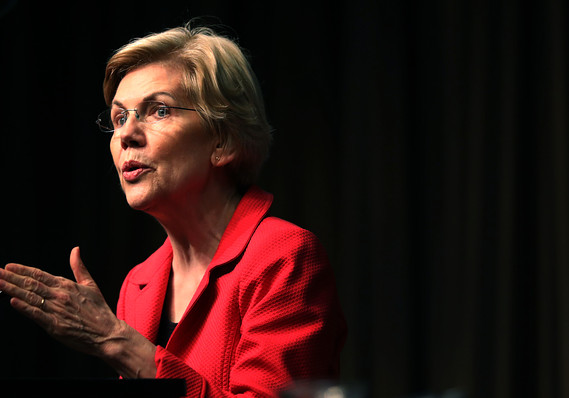 Sen. Elizabeth Warren on Thursday unveiled a proposal for new rules on private-equity firms, likening companies to vampires as she took her latest get-tough approach to the financial industry.

Legislation from the 2020 presidential candidate and fellow Democratic lawmakers would require private-equity firms to assume the debts and pension obligations of the companies they buy, as well as prevent loans to private-equity-owned firms already in debt, and make other policy changes.

“Sometimes the companies do well,” Warren said in a post on Medium about the acquisition targets of private-equity firms.

“But far too often, the private-equity firms are like vampires — bleeding the company dry and walking away enriched even as the company succumbs,” she added.

Massachusetts Sen. Warren’s newest proposal, which drew immediate fire from industry groups, joins a host of others unveiled in recent weeks. Warren has for example proposed that the U.S. should manage the value of the dollar /zigman2/quotes/210598269/delayed DXY -0.43%   in a bid to boost American jobs, and offered a $2 trillion clean-energy blueprint.

Now see: Elizabeth Warren calls for ‘managing’ the dollar, and a new agency, to create jobs.

Warren’s plan comes less than two weeks before the next round of Democratic presidential debates, scheduled for July 30 and 31 in Detroit. Warren is among the top tier of candidates in both polling and fundraising, currently placing third in the RealClearPolitics average of polls , behind only former Vice President Joe Biden and Sen. Bernie Sanders.

“Private equity is an engine for American growth and innovation — especially in Senator Warren’s home state of Massachusetts,” said Drew Maloney, the group’s president and chief executive, in a statement. “Extreme political plans only hurt workers, investment, and our economy,” he added.

“Senator Elizabeth Warren’s financial service plan to limit private equity firms is another brick in the wall to stop growth, job creation and creating return for retirement. What the U.S. needs are policies to promote to a growing dynamic economy, and Senator Warren’s plan fails to meet that test,” he said in a statement.