Elizabeth Warren to introduce bill cancelling up to $50,000 in student debt for most borrowers 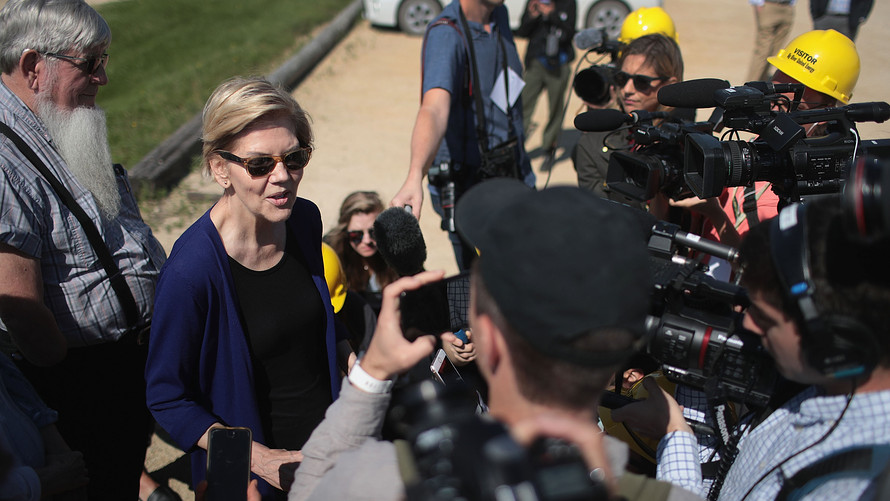 Elizabeth Warren’s proposal to cancel student debt will soon be one step closer to reality — even if she doesn’t become president.

The Democratic Senator of Massachusetts plans to introduce legislation in the coming weeks that mirrors her presidential campaign proposal to cancel at least a portion of the student debt held by many of the nation’s 44 million borrowers, her Senate office announced Thursday. Rep. James Clyburn, Democrat of South Carolina and the house majority whip, will introduce companion legislation in the House of Representatives.

Warren’s office hasn’t yet released a draft of the legislative text, but the bill is slated to propose cancelling up to $50,000 in student debt for the bulk of student loan borrowers, her office said.

Under the proposal Warren released as part of her presidential campaign in April, borrowers with a household income of less than $100,000 would have $50,000 of their student debt cancelled and borrowers with an income between $100,000 and $250,000 would be eligible for some student debt cancellation — though not the full $50,000. Borrowers earning $250,000 or more would receive no debt cancellation. Her campaign estimated the plan would cost $640 billion, which would be paid through a tax on the ultra-wealthy.

The idea of student debt cancellation has been popular in some circles for years, but Warren’s campaign proposal nudged it into the mainstream. Sen. Bernie Sanders, a Vermont independent seeking the Democratic nomination, has vowed to cancel “massive amounts of student debt,” though hasn’t offered specifics.

Research indicates that cancelling student debt would have major benefits both for the economy and the individuals who would see their loans disappear (or at least minimized). Warren’s proposal is also popular among voters, polling shows.

But that doesn’t mean it’s not without controversy. In the past, critics of the idea of student debt forgiveness have argued that it would benefit well-off borrowers the most because they’re more likely to have higher debt loads. Warren’s proposal aims to address these concerns by tying the level of forgiveness to the borrower’s income, though some analyses have found that borrowers in the second-highest income quintile would receive the largest share of total debt relief as measured by dollars.

Still, low-income borrowers would receive a substantial benefit by having their entire debt cancelled — even if the total dollar amount forgiveness isn’t as high — because they often have relatively low debt loads that can be particularly onerous on their low-incomes.

Other critics of Warren’s plan have said it isn’t fair to borrowers who have scrimped and saved to pay for college or manage their debt. But a recent analysis hints at the unfairness in the current student loan system that makes easier for some than others to do those things. Warren’s camp has argued her plan would help to address some of those discrepancies.

Twelve years after entering college, white men have paid off 44% of their student-loan balance on average, according to a recent analysis from Demos, a left-leaning think tank. For white women, that share is 28%. Black women see their balances grow 13% on average during that period, while black men see their balances increase 11%.

The racial wealth gap means that black families often have less money to draw on to pay for college. Racial and gender pay gaps also mean that women and borrowers of color can have a tougher time repaying their student loans.