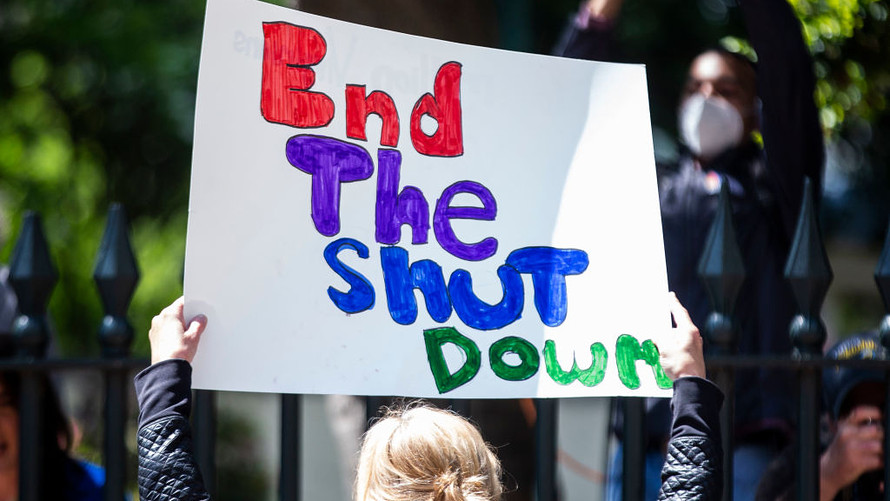 Getty
A demonstrator holds a sign at the Virginia State Capitol.

Tesla boss Elon Musk flagged it to his 35 million Twitter followers. Media mogul Steve Forbes cheered it as “ an absolute must read .” And Fox News analyst Brit Hume is also apparently a fan .

It’s the story of “what may eventually be known as one of the biggest medical and economic blunders of all time,” according to tech entrepreneur, military vet and bioengineer Yinon Weiss.

What “story” is that exactly?

‘The collective failure of every Western nation, except one, to question groupthink will surely be studied by economists, doctors, and psychologists for decades to come.

That’s his take, posted on RealClearPolitics.com last week , with regard to how governments around the world have handled the coronavirus pandemic.

“In the face of a novel virus threat, China clamped down on its citizens,” he wrote in his intro. “Academics used faulty information to build faulty models. Leaders relied on these faulty models. Dissenting views were suppressed. The media flamed fears and the world panicked.”

Weiss’s critique has resonated in recent days with the likes of Musk, who have consistently raged against lockdowns of business and personal activity to combat the spread of the coronavirus pandemic as perhaps causing more damage than the coronavirus itself.

Weiss took shots at the government for taking extreme action when the fatality rate for those under 65 years old “is no more dangerous than driving 13 to 101 miles per day.” He used this chart to downplay the risks facing those not in the most vulnerable categories: 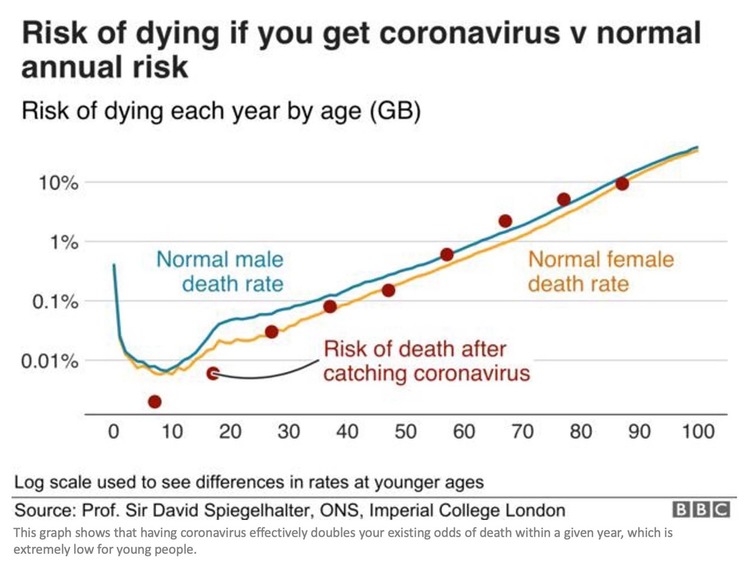 “Even by conservative estimates, the odds of COVID-19 death are roughly in line with existing baseline odds of dying in any given year,” Weiss wrote. “Yet we put billions of young healthy people under house arrest, stopped cancer screenings, and sunk ourselves into the worst level of unemployment since the Great Depression.”

He then hailed Sweden as a laudable blueprint, because it “never closed down borders, primary schools, restaurants, or businesses, and never mandated masks, yet 99.998% of all their people under 60 have survived and their hospitals were never overburdened.”

So why did the U.S. take the more heavy-handed approach?

Weiss placed some of the blame on the Imperial College epidemiologist Neil Ferguson for numbers, later slammed as “unreliable,” that led to the domino effect of the lockdowns.

But it goes beyond that.

“If you are a hammer everything looks like a nail,” he wrote. “I blame government leaders for failing to surround themselves with diverse viewpoints and to think critically for themselves.”

Weiss contends that leaders now know the lockdowns were a mistake but won’t admit it. Instead, they will claim the lockdowns are the reason for the lower death rates, even as the results from Sweden, as you can see from this chart, suggests otherwise: 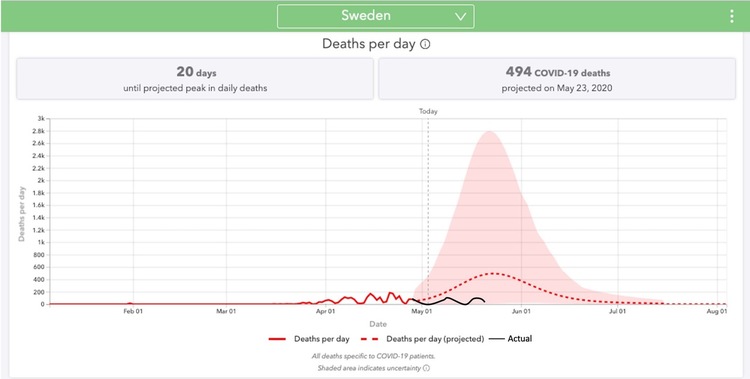 “They were predicting what would happen in the next two weeks based on months of data,” Weiss explained. “Yet the daily death peak was 75% lower than the baseline prediction and 96% lower than the worst-case prediction. Sweden’s short-term results are worse than Norway, Finland, and Denmark, but better than the U.K., France, Spain, Italy, and Belgium.”

Meanwhile, according to Johns Hopkins University, the virus has infected 5.5 million people worldwide, killing close to 350,000. The U.S. has seen nearly 100,000 deaths.