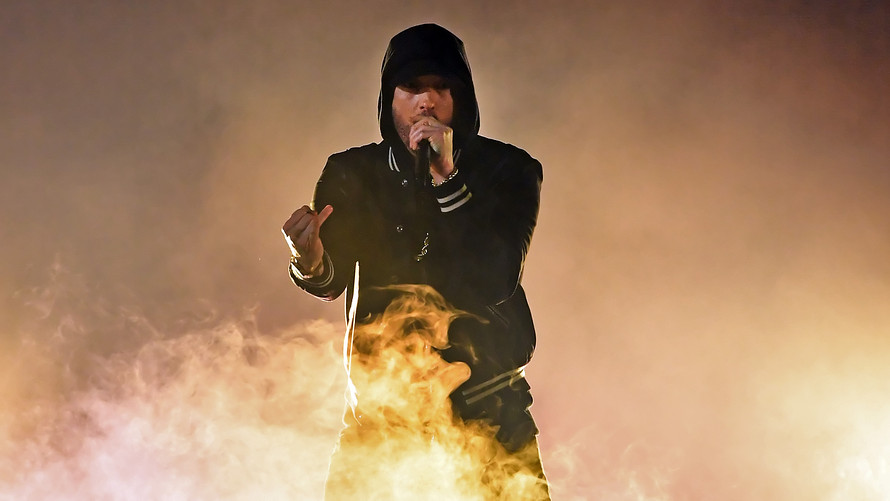 The Detroit rapper dropped a surprise album, “Music to be Murdered By,” on Friday, along with a music video for the single “Darkness” off the new record.

And it’s dark, all right.

In fact, Em (real name Marshall Mathers) has written the lyrics from the perspective of mass murderer Stephen Paddock, who committed the deadliest mass shooting in U.S. history when he opened fire on a crowd of concertgoers on the Las Vegas Strip in 2017, killing 58 people (excluding himself) and wounding 489 .

‘But if you’d like to know the reason why I did this/ You’ll never find a motive, truth is I have no idea/ I am just as stumped, no signs of mental illness.’

The Detroit rapper’s video also depicts a shooting at a concert, and closes with actual audio and video footage of the news coverage of other recent mass shooting incidents around the world.

There were more mass killings in the U.S. last year than in any year dating back to at least the 1970s, and most of them were shootings.

“Darkness” wraps with a PSA encouraging viewers to vote for stricter gun control laws. “When will this end? When enough people care,” reads the text at the end of the video. “Register to vote at vote.gov. Make your voice heard and help change gun laws in America.”

A link to the video on Eminem’s website also encourages visitors to contact gun violence prevention organizations such as Sandy Hook Promise, Giffords Law Center and Everytown for Gun Safety. “Find out how you can help or lean more about putting an end to senseless gun violence, or to help survivors and their families,” it says. 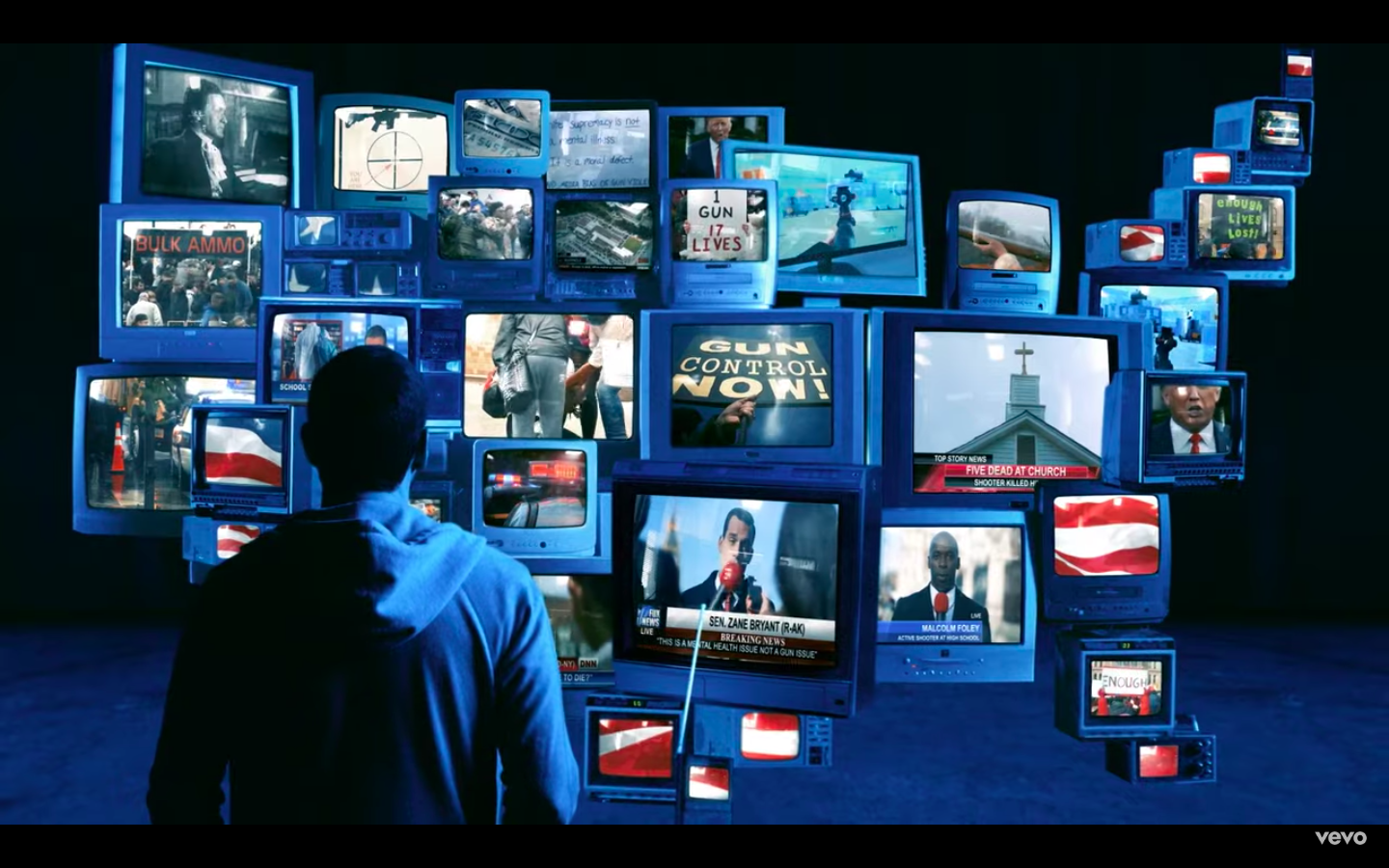 But the album was also getting slammed for the controversial track “Unaccommodating,” where Eminem appears to joke about the 2017 Manchester bombing, where 22 people were killed while attending an Ariana Grande concert.

‘I’m contemplating yelling “Bombs away” on the game/Like I’m outside of an Ariana Grande concert waiting.’

The mother of Martyn Hett, who died at Manchester Arena at the age of 29, accused the rapper of having “no sense,” the Daily Beast reported . And other listeners slammed the lyrics on Twitter for being insensitive.

Supporters noted that Eminem helped raise millions of dollars for Manchester attack victims, however, or directed critics toward his new gun violence PSA.

Then again, Eminem has been making a career out of playing characters who spit violent, controversial lyrics for decades. Remember when he rapped about taking his baby daughter on a trip to dispose of her dead mother’s body in “’97 Bonnie & Clyde,” or its prequel, “Kim,” where he details murdering her? Besides domestic violence, the provocateur has also: rapped about rape; written lyrics that have been accused of being homophobic and misogynistic; and said that his mother was an abusive drug addict. (She filed a defamation suit against him that was settled out of court.) Lynne Cheney targeted his violent lyrics in a 2000 Senate hearing , where she linked violent music to the 1999 Columbine High School shooting.