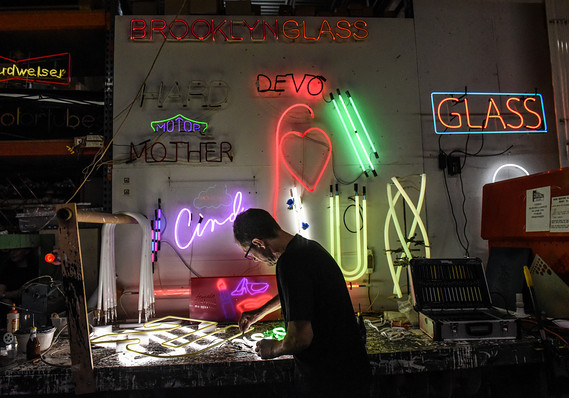 The numbers: The New York Fed’s Empire State business conditions index took a sharp turn for the worse in June, falling into negative territory for the first time in more than two years.

The Empire State manufacturing index plummeted 26.4 points to negative 8.6 in June, the New York Fed said Monday. That’s a record decline. Economists had expected a reading of positive 10, according to a survey by Econoday.

Any reading below zero indicates a contraction in activity. The last time the index was negative was in October 2016. 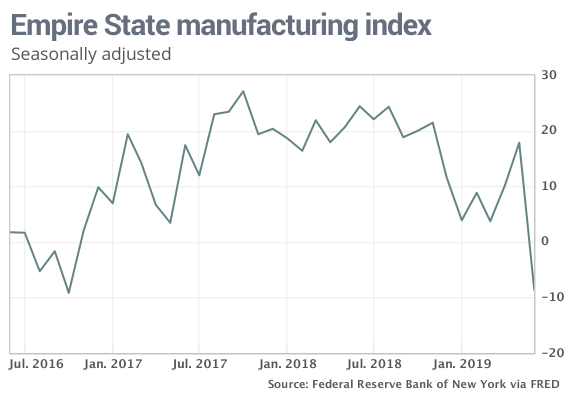 Enlarge Image
The Empire State index over the past three years.

What happened: There was broad-based weakness in the report. A key metric, the new-orders index, sank 21.7 points to -12 in June. Shipments fell 6.6 points to 9.7. Unfilled orders also fell sharply and inventories sank into negative territory. The index of future activity fell only 4.9 points to 25.7 in June.

Big picture: Manufacturing has been a weak link in the economy this year, buffeted by uncertainty caused by tough U.S. trade policy against China and Mexico and a slowing of activity overseas. Auto sales are set to be lower this year. The large pullback might bolster the case for an interest-rate cut when Federal Reserve officials meet on Tuesday and Wednesday.

What they are saying: The Empire State index result “was shockingly weak, raising a caution flag about the prospects for other manufacturing data in the month,” said Josh Shapiro, chief U.S. economist at MFR Inc. However, Ian Shepherdson, chief economist at Pantheon Macroeconomics, said he thought the decline “was likely just a temporary response to the Mexico tariff fiasco.”

The U.S. decided not to impose tariffs on Mexico after agreeing a pact on how to treat asylum seekers.

Read : Five things to watch in the pivotal Fed meeting